1x37: Spooning with Everybody

So, for my “install and evaluate openSUSE” challenge, can I use one of these? 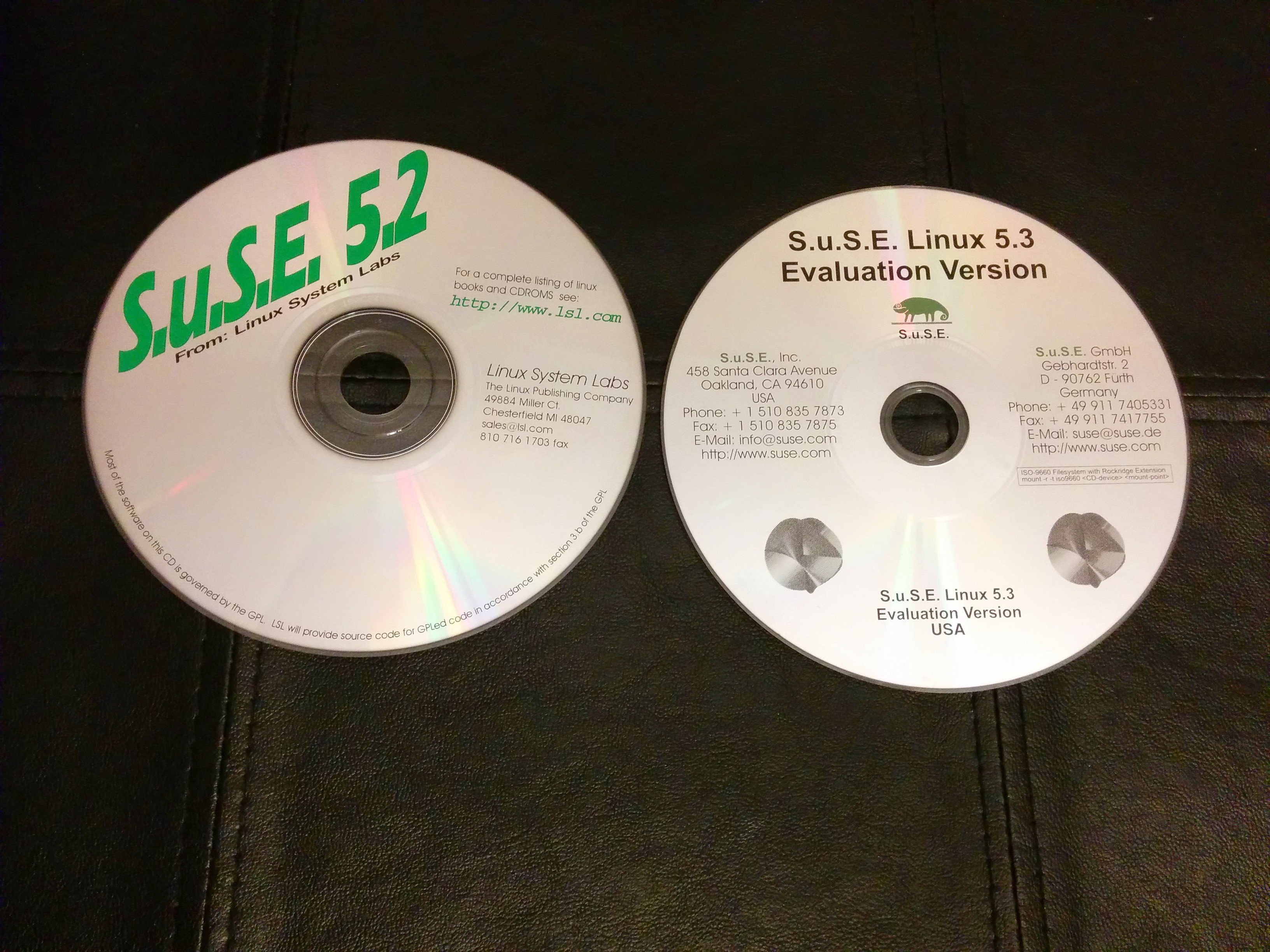 gotta be better than using actual 13.2 which I can’t even work out how to install enlightenment 19 on. Grr. Will report back when I have some success, which might be never. I had forgotten that Linux used to be like this.

Being in a farming community, I found that there is a company specializing in using drones to help farmers to check on the condition of their crops. They definitely have some practical uses.

gotta be better than using actual 13.2 which I can’t even work out how to install enlightenment 19 on. Grr. Will report back when I have some success, which might be never. I had forgotten that Linux used to be like this.

Just grab it from the Factory repo. Works like a champ that way.

Being in a farming community, I found that there is a company specializing in using drones to help farmers to check on the condition of their crops. They definitely have some practical uses.

Oh, that’s a good point! I hadn’t thought of using one of these drones for quick property checks.

Is that streaming the video back live? Or does one send it out to record and review the video on its return?

I have no idea really.

Found this article about the practice: http://www.technologyreview.com/featuredstory/526491/agricultural-drones/

Your dad is awesome. Or, possibly deluded.

Was it the Ministry of Silly Walks? Or did he listen to the episode a while back about firearms and was wondering why they were not discussing self-defense from the unlawful use of fruit?

https://en.opensuse.org/Portal:Enlightenment includes one-click installs for both E17 and E19. Have a lot of fun!

https://en.opensuse.org/Portal:Enlightenment includes one-click installs for both E17 and E19

It is possible that I’m missing something obvious, but it doesn’t? It’s got E17, but not E19? What should I click on to get E19 installed?

I feel exactly like @sil on this one: as I got older, I got tired of spending weeks to tune my Linux. I want it to work out of the box. Actually, more than a friend of mine left Linux and got a Macbook Pro because “at least now I can focus on writing code and not fixing and reinstalling my distro”. Sad but true.

That said, I read this post and was very impressed to see the amount of tools being developed by the OpenSUSE community (as pointed out by Jeremy). OpenQA for instance seems like an awesome thing (yes, it tickles my QA Engineer heart, I have to say, so I am biased).

I was originally not interested by this segment until I heard Jono’s review. I’m very impressed by the amount of stuff this thing can do, but it’s ways too expensive and the battery life is ways too short: it’s the same as those remote controls little planes from the 90s… So in 25 years nothing has changed regarding battery life? It’s sad.

On Net neutrality:
I’m sure there have been a lot of bullshit said here and there, the one I’m aware of is of course this one from Ted Cruz:

“Net Neutrality” is Obamacare for the Internet; the Internet should not operate at the speed of government.

(it was popularized by an Oatmeal comics)

Oddly enough, I’m not really bothered by the fact that the government would try to set the rules for the use of the Internet. But well, I’m French

Bryan was telling that if Net neutrality was passed, the Net would become similar to, say, water, but for water you have to pay more if you want more water. Well, yes, and for the Net it’s the same: if you want a bigger pipe (e.g. 100MB instead of 20MB) you have to pay more. The comparison with water would be alright if our taps could deliver different types of liquids. In that case, maybe your “liquid company” would allow you to have water, but milk would stop running between 6AM and 9AM, and beer would be reduce to a few drops a minute after 7PM (too bad! But have a strawberry milk instead, mate!)

So in 25 years nothing has changed regarding battery life

I used to have this dream that I’d take a 2015-era battery and put it in a 2005-era laptop and get weeks of battery life. It is not so. Batteries have got a bit better, but much larger hits have come from making the things that they power more efficient.

You had asked what’s cool about openSUSE. I want to put it into perspective for you guys. openSUSE is cool because it is a platform that allows you to build what you want; it provides you the tools and openSUSE is the toolkit to create what you want. Let Ubuntu and other distros be for users. openSUSE is about the power user who wants to build. If someone was interested enough to build a complete payment solution for Hamleys in the UK using openSUSE and it’s tools, they can do it. They can integrate the server or cloud solutions with user interface; its the complete package for Linux. openSUSE is like a 3D printer; its the tool that allows creative ideas to grow into solutions people can use. That is what makes openSUSE cool and different!

The government has been looking at the internet for some time, salivating at the potential tax income that could be derived from it. I see the FCC ruling defining ISP’s as utilities as a means to get a “tax” toe into the door.

(1) openSUSE is about fresh, stable software. Yes, we want to track upstream projects & incorporate their innovations, but not at the expense of stability. Therefore, E17 is our current Enlightenment desktop. E19 may be available in Factory, but honestly, it looks like we’re not ready to commit to it. So, for better or worse, you’re going to have to rely on E17 for evaluating Enlightenment in openSUSE.

(2) Wiki documents like the portal page I pointed out are maintained by the groups that maintain the code in openSUSE; so they are, for lack of a better word, canonical. If there’s not a solution in the Portal page, its not something we’re ready to give to users.

An interesting measure of this would be respins/mods. How many Ubuntu respins are there? A dozen? Yes, they’re pretty popular, but some of that is due to consolidation… how many Mint users would create their own slight variation if they could?

So compare Xubuntu, Lubuntu, Mint, Elementary, and maybe a dozen others… to the 11,768 published in SUSE Gallery.

I think there’s no question, we’re giving people more tools, more support to make Linux their own. The official distro, openSUSE 13.2, is not the culmination of our community, just a reference work.