Veiws on my walk from work today

I have recently changed jobs and now have better views as I walk to work than I used to. I have relocated from Cambridgeshire to North Devon. I am interested to see what pleasant views others may have on a regular basis. These are from my walk from home from work today, though admittedly not by the most direct route. 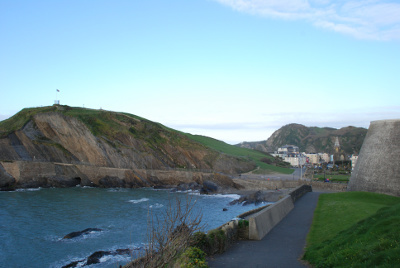 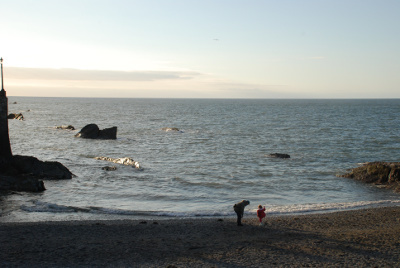 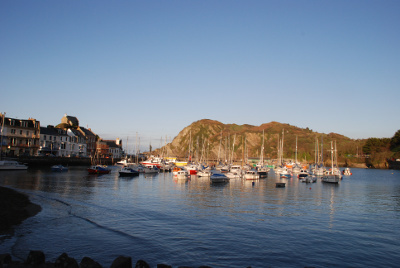 I’d love to see what views other people here see on a regular basis, perhaps like me on the journey home from work, walking the dog or anywhere else.

This is near Roding Valley station on the London Underground central Line: 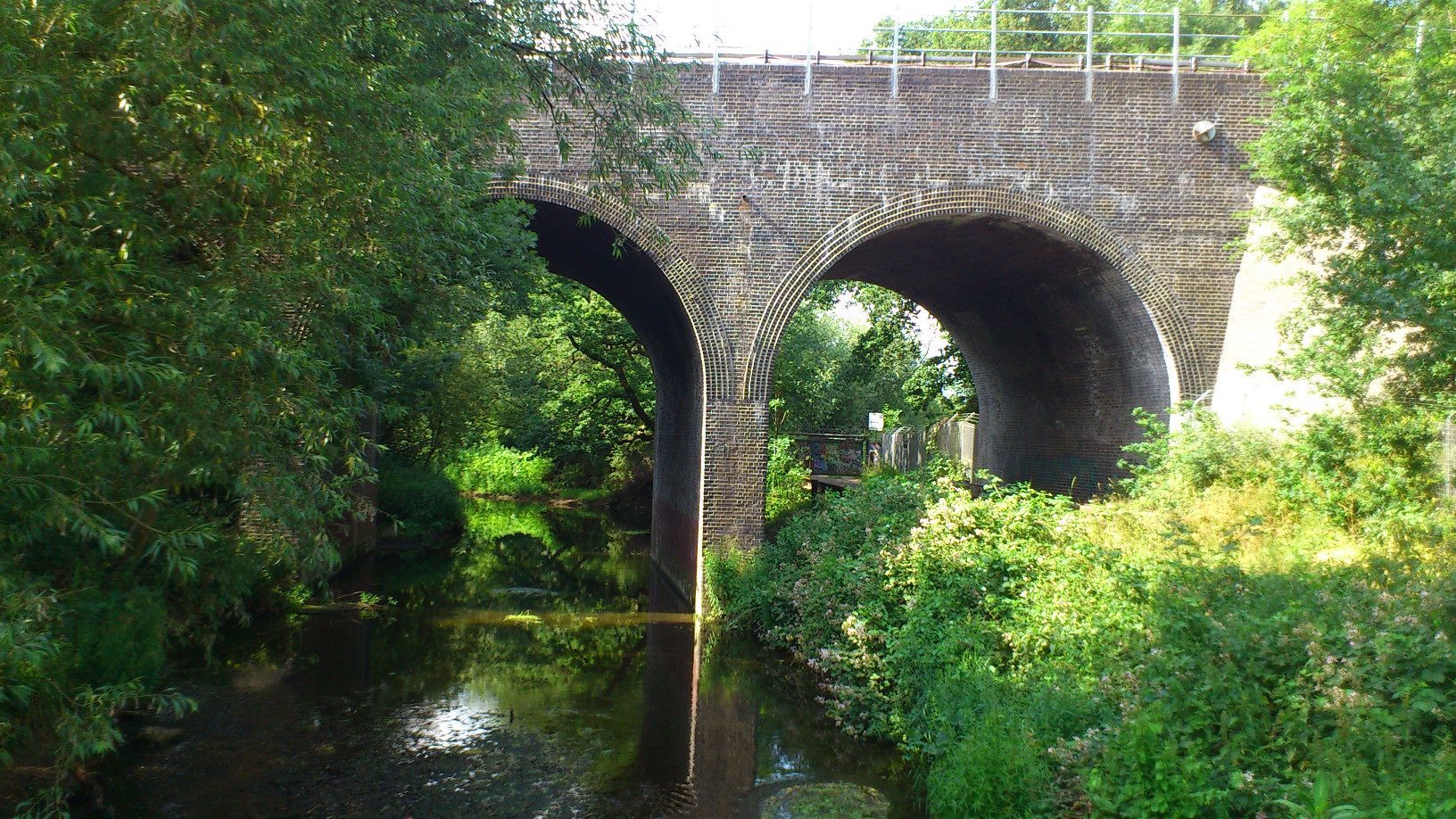 …and my friend John trying to not go for a swim: 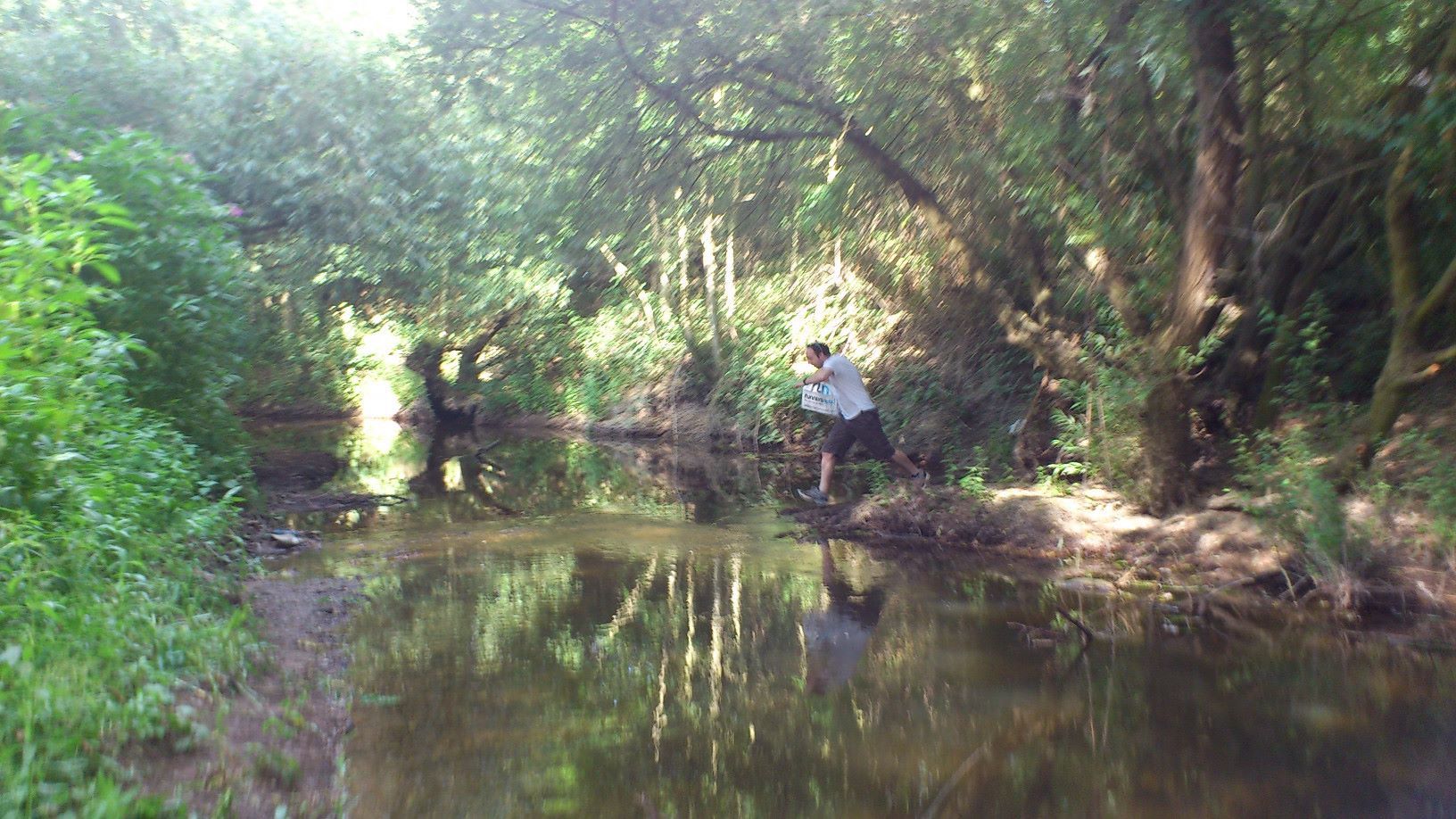 This is a photo of the Fairlop boating lake (I once fell of a raft in this lake when I was a kid!)
Also just out of shot on the photo is the UK’s largest outdoor bouldering park: 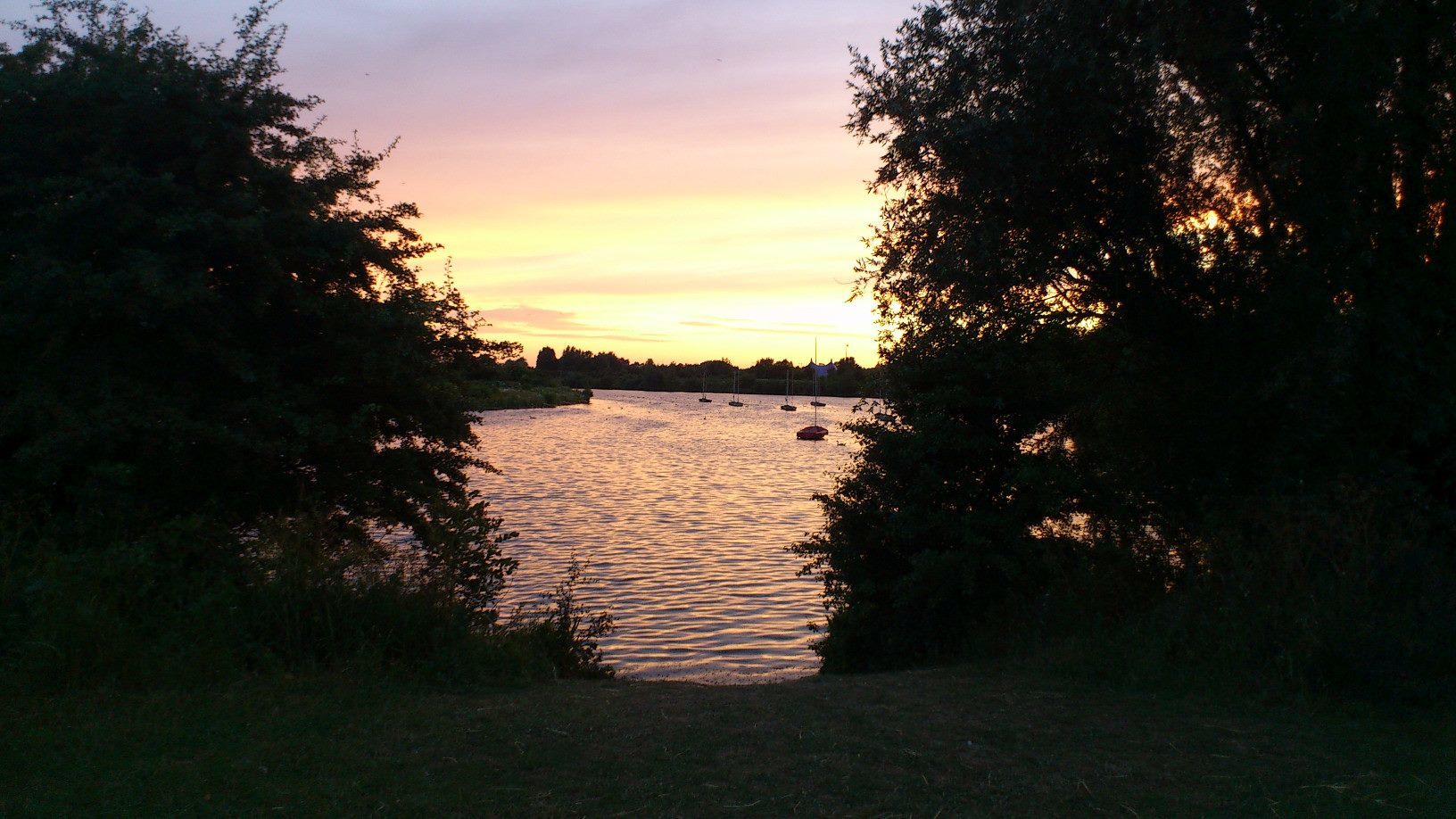 This was taken last week around the Bow backwaters around Stratford in East London, the large stadium in the far ground was used as the main Olympics stadium: 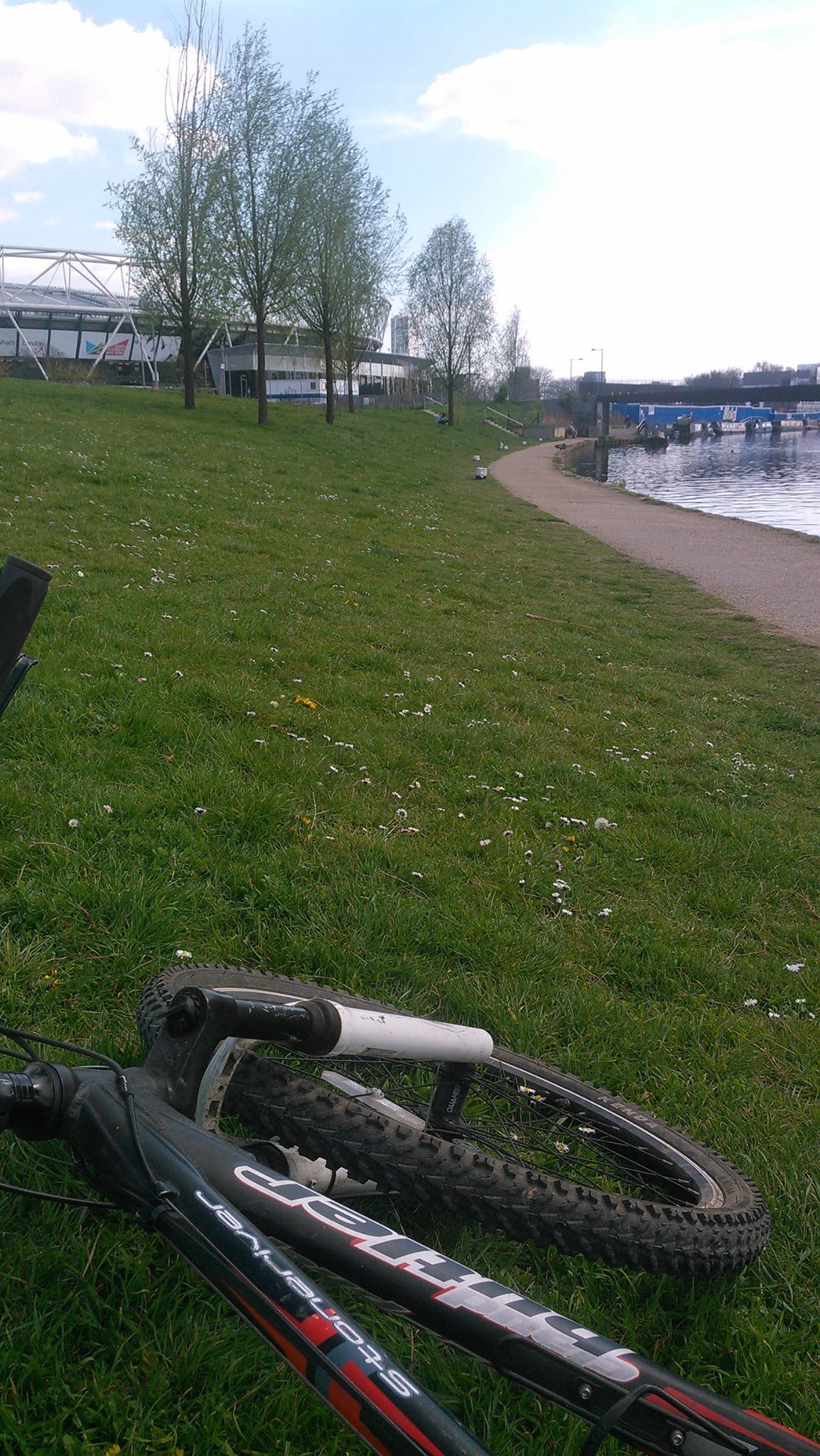 Also about 5 years ago I had to take the trains out of London to do an IT contract involving documenting some old legacy Perl scripts, not super exciting. On a cold snowy morning I dicided to snap this on the way to work 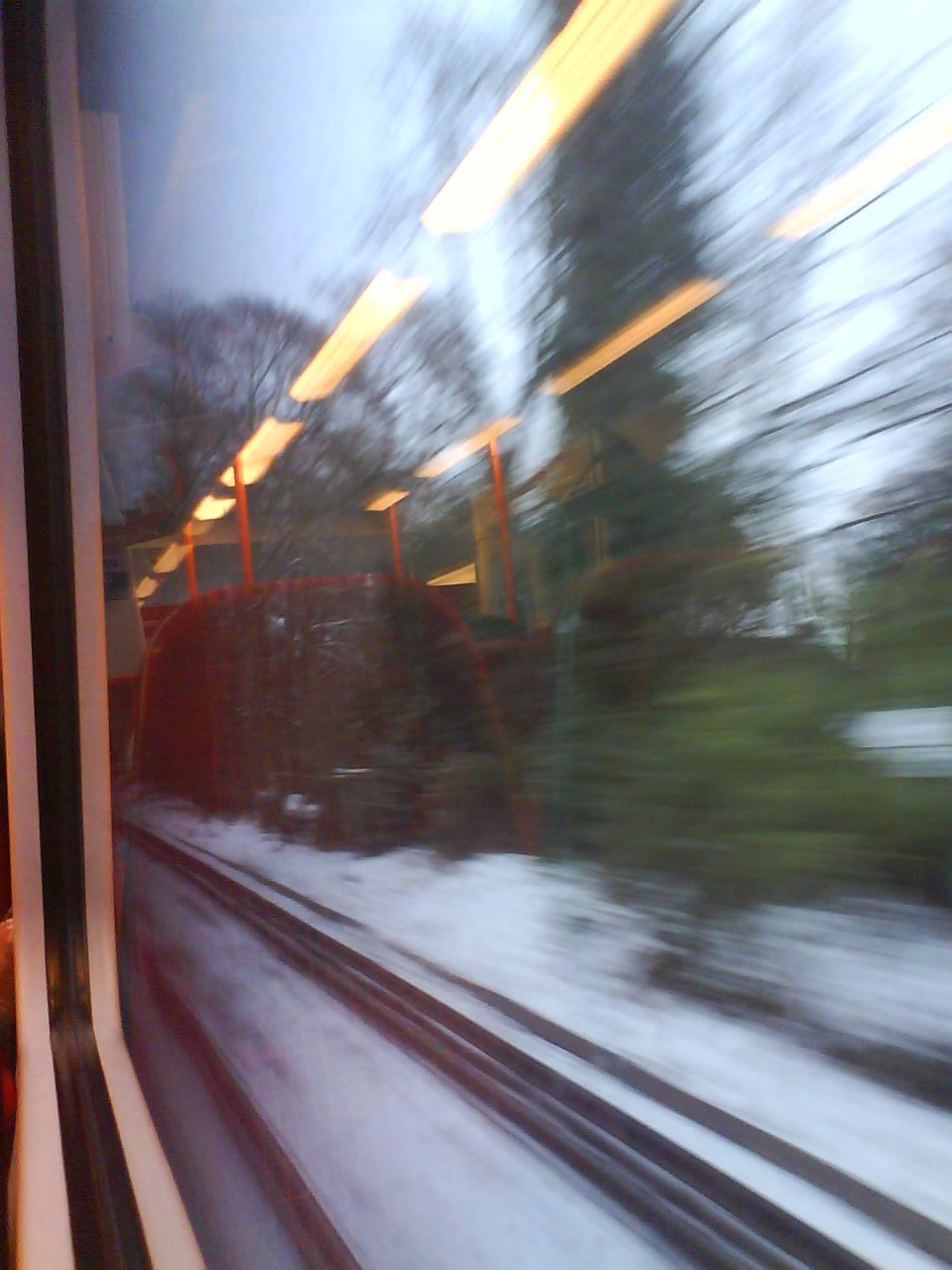 Going to/from work, and at work, which often doesn’t really feel like work. 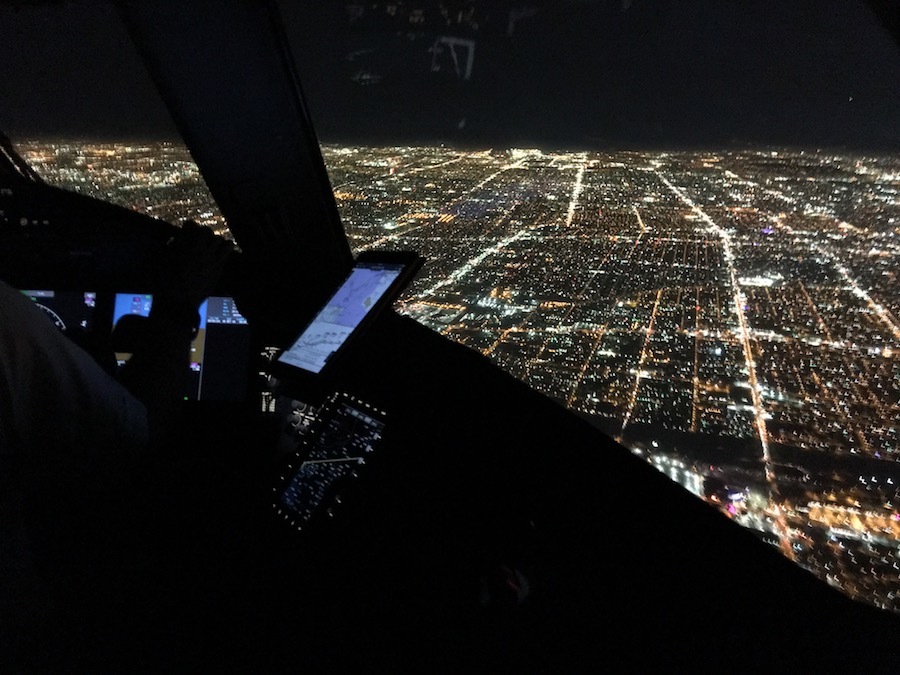 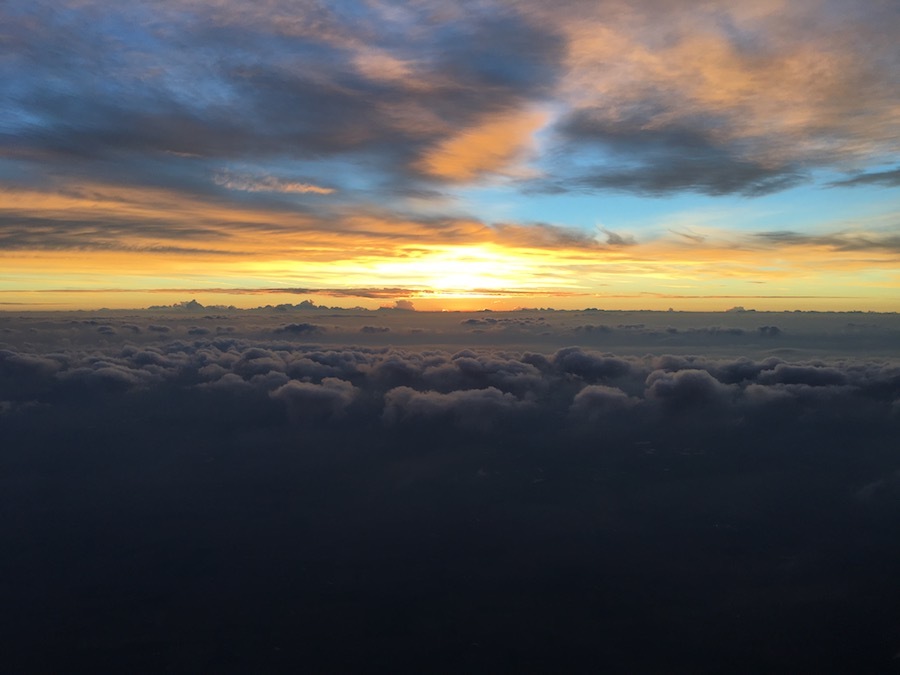 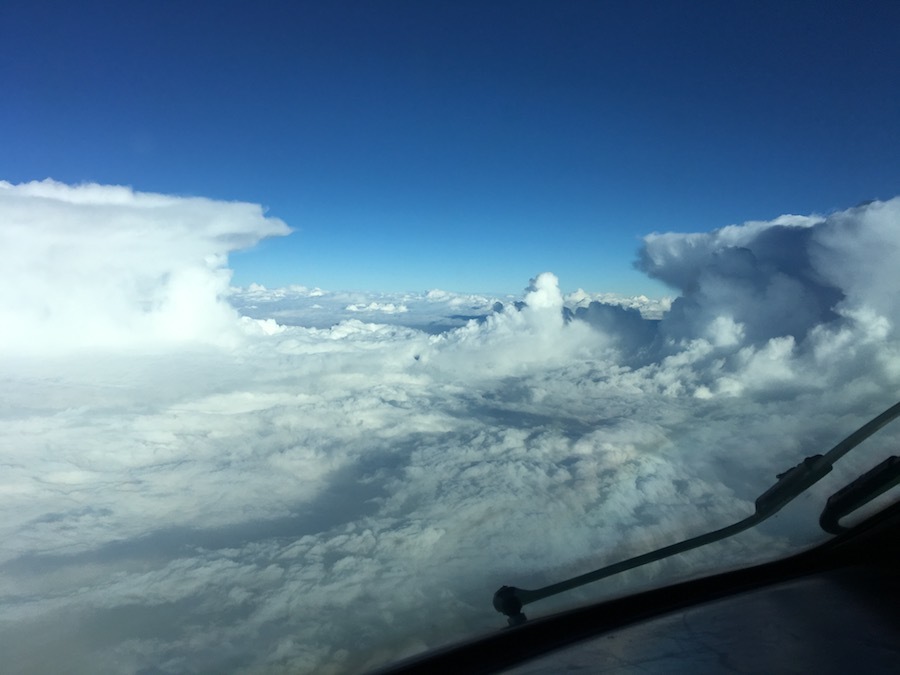 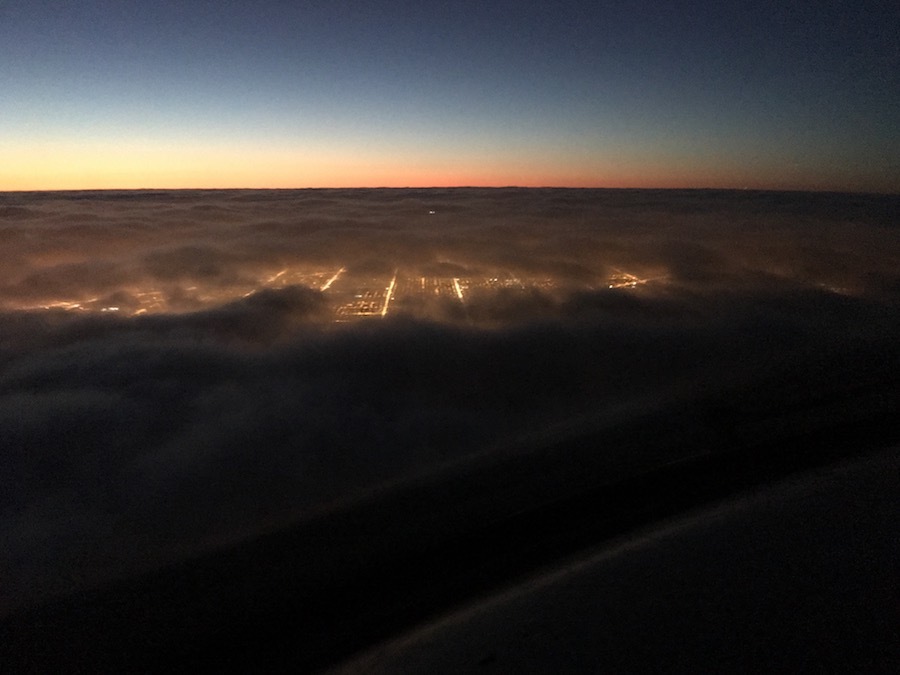 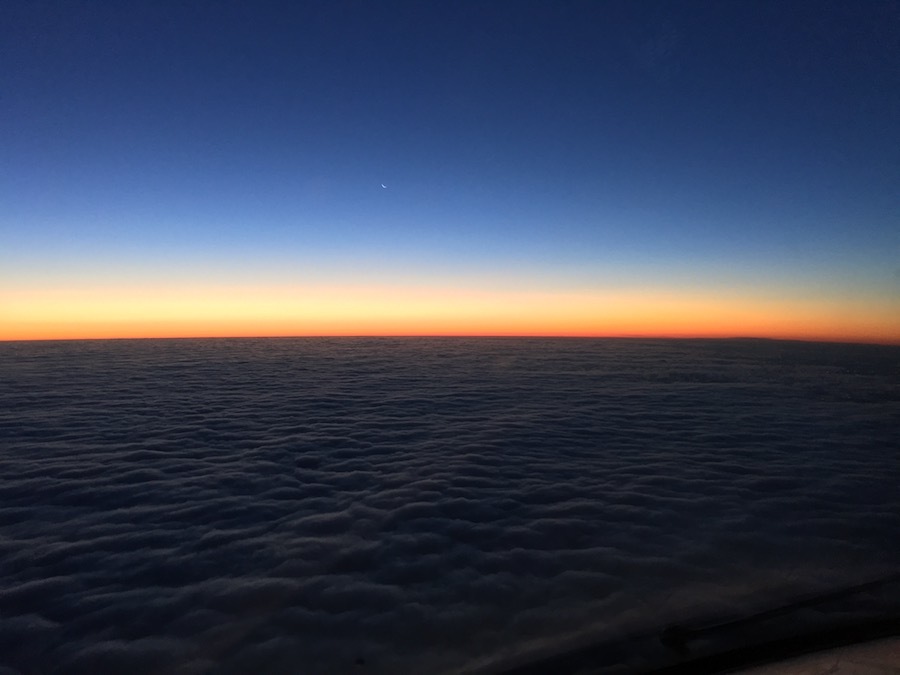 @kerneloops you have to tell us more. Where is this and what do you do for a living ?

@kerneloops nice view from your office

For words, I apologize.

Airline pilot in the US; live in California but currently based out of Chicago, so a 4-hour airplane ride to/from work. I try to bid trips that start late in the afternoon (I fly regional flights, so short 2-3 hr flights) meaning the first day of work I’ll get up 6am on the West Coast, catch a 8am flight to Chicago that lands around 2pm. Begin my work day around 3-4pm, and finish the first day at 9-10pm Central Time, often later. Makes for a long day, but there’s no point moving since airlines open and close bases with a drop of a hat. Plus SoCal is pretty nice… If the commute to/from work happens to be on a cool new airplane like the B787 – more often than not it’s on a 737 and there’s nothing exciting about that machine – I’ll snap pictures/video from the jumpseat if the crew is ok with it. When I’m flying my CRJ700 (small, but fast, can’t quite compete with the 787 but for the rest of the “real airplanes” it’ll give a run for their money), autopilot is on, so I have time to take even more pics. Most of the time I pay attention to actual work as well, and when I’m not, a young(er) whipper snapper First Officer (“copilot”) will slap me in the back of my head to get to it.

As you can tell, not all workplaces and offices are created equal. 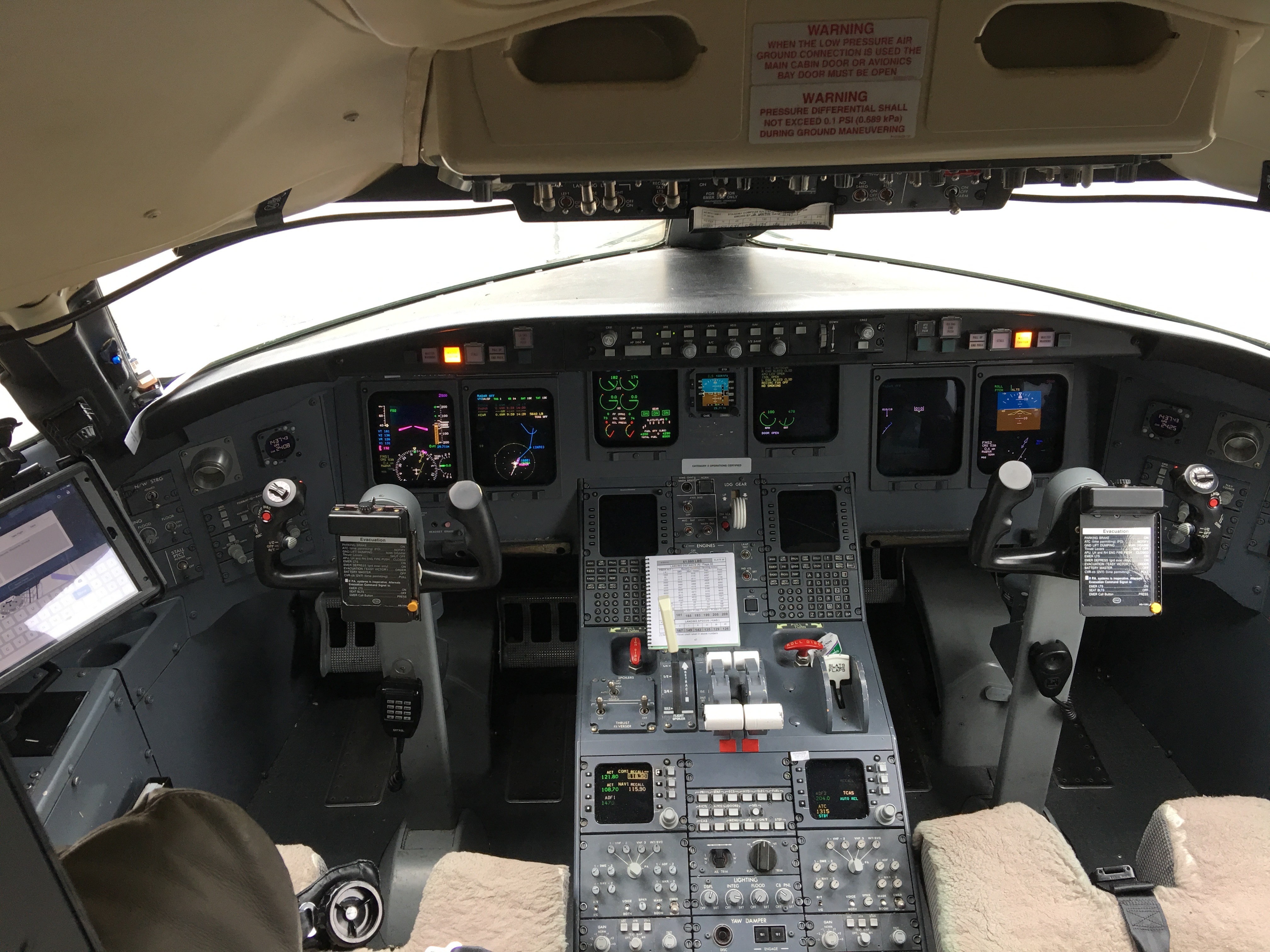 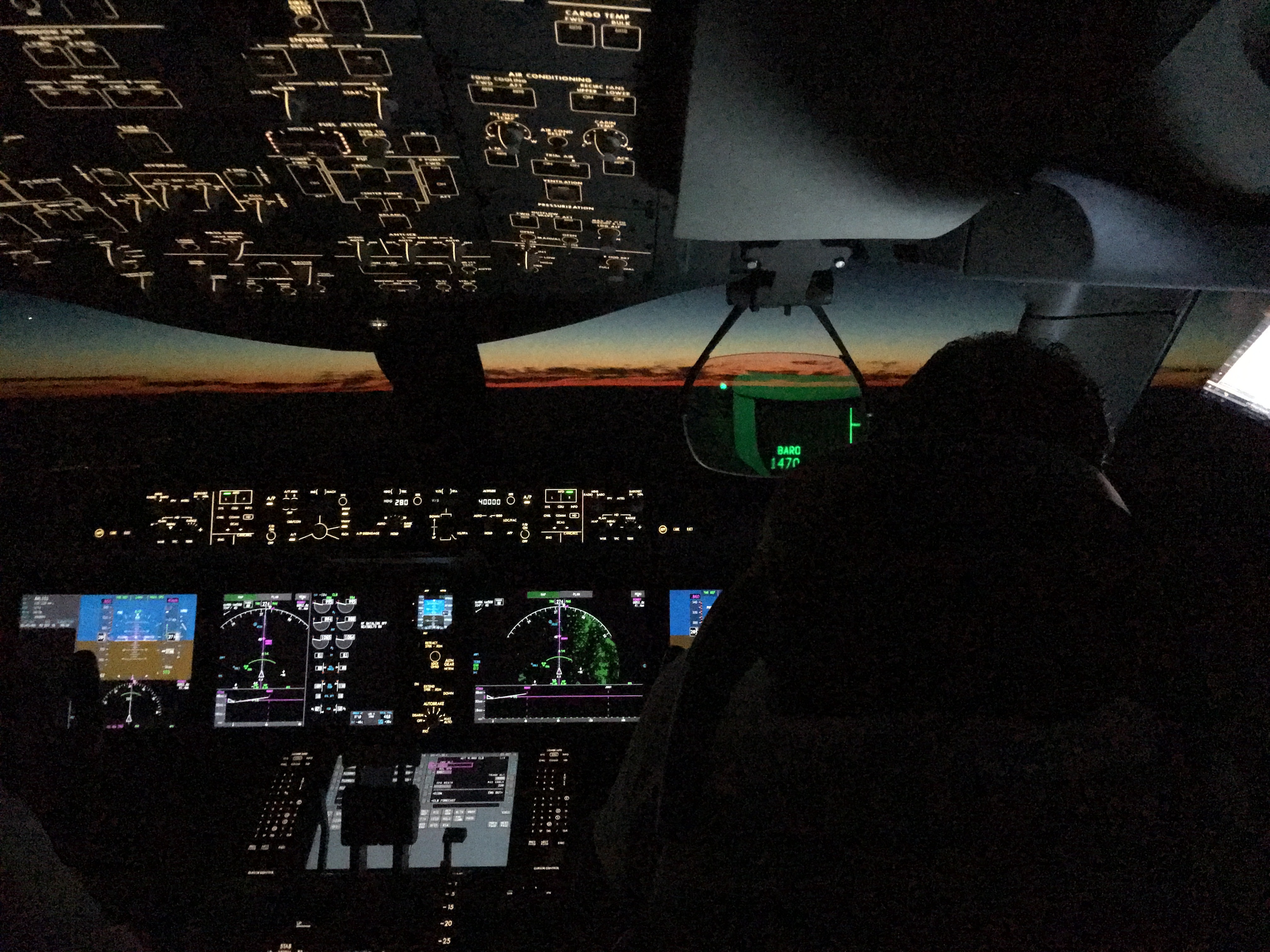 Both pilots on the 787 have Head-Up-Displays (shown on the right side of the pic); helps the pilot in landing as you can focus on the display for crucial flight data without taking your eyes off the runway; overhead panel is for electrical, hydraulic and pneumatic systems – mostly cutoff switches for abnormalities. Basically, if it ain’t lit, don’t touch the button! The 787 is mostly an electrical airplane, unlike older Boeings/Airbuses etc. Even 787 engine starts are done by an electric starter vs old skool way is to run an auxiliary power unit (small whiny jet in the back of the airplane) to provide pneumatic power which in turns an air-turbine-starter on the main engines. 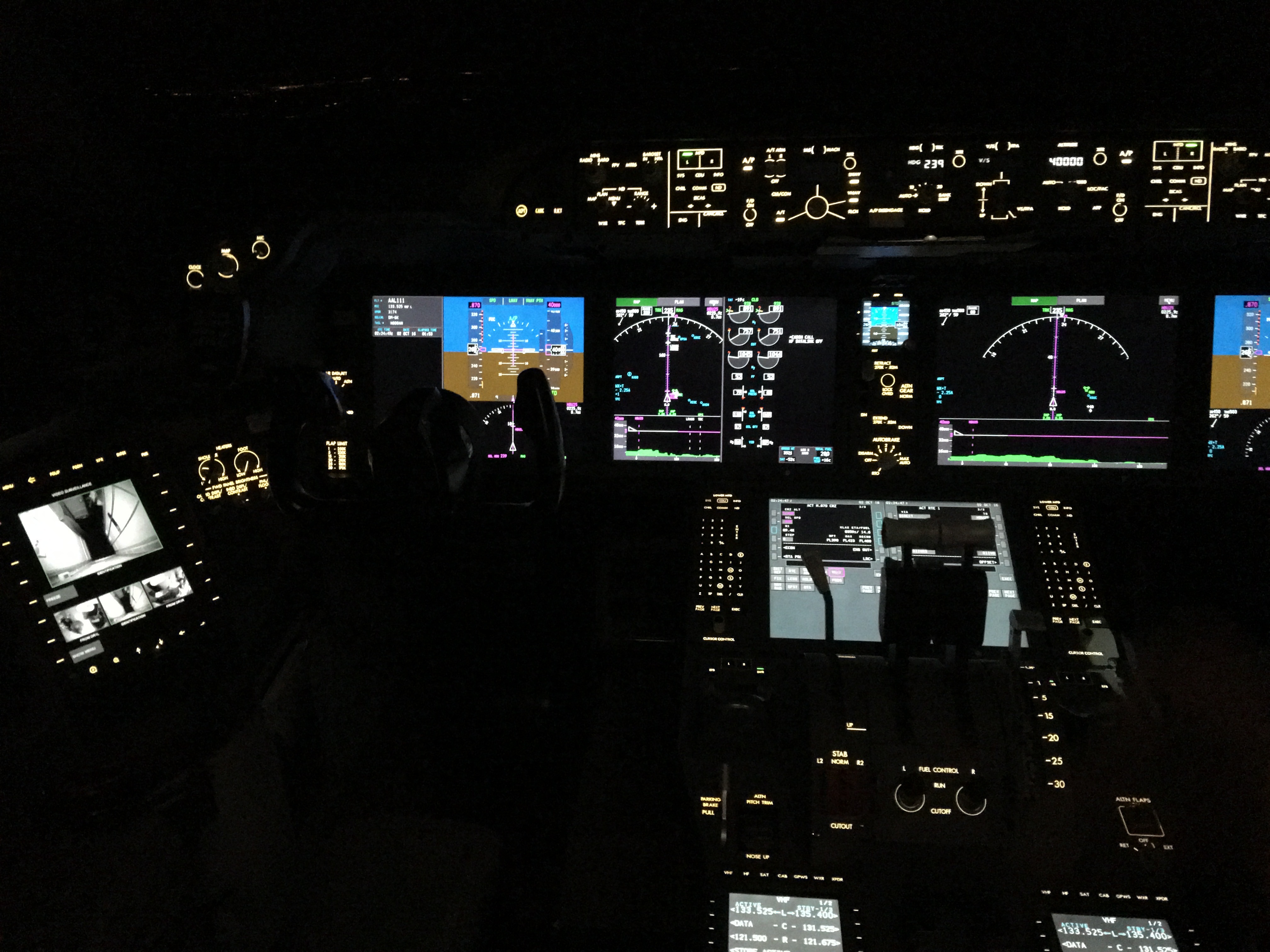 From the bottom of the pic: VHF/UHF radio tuning heads, engine/thrust lever quadrant, a multifunction display usually set to display engine information; middle of the pic five screens: multifunction displays displaying navigation data, and engine parameters and primary flight displays on the edges of the pic. Middle center is the flight guidance control panel which controls the flight director/autopilot/autothrust functions. When handflying, be it my small regional jet, or this behemoth, the non-flying pilot (“pilot monitoring”) will set altitudes, headings, speeds etc with the flight guidance control panel, and the flight director that is displayed in typically in green/pink delta shape or crosshairs on the primary flight display – depending on the manufacturer – will indicate how the pilot-flying should maneuver the aircraft. If/when the autopilot is engaged, the autopilot will just follow the flight director. Very far left is a display to show either CCTV from cabin (in flight) or forward looking camera on the nose gear for taxiing – helps the Captain to keep the nose wheel on the center of the taxiways ensuring engine and wing clearance on tighter turns. 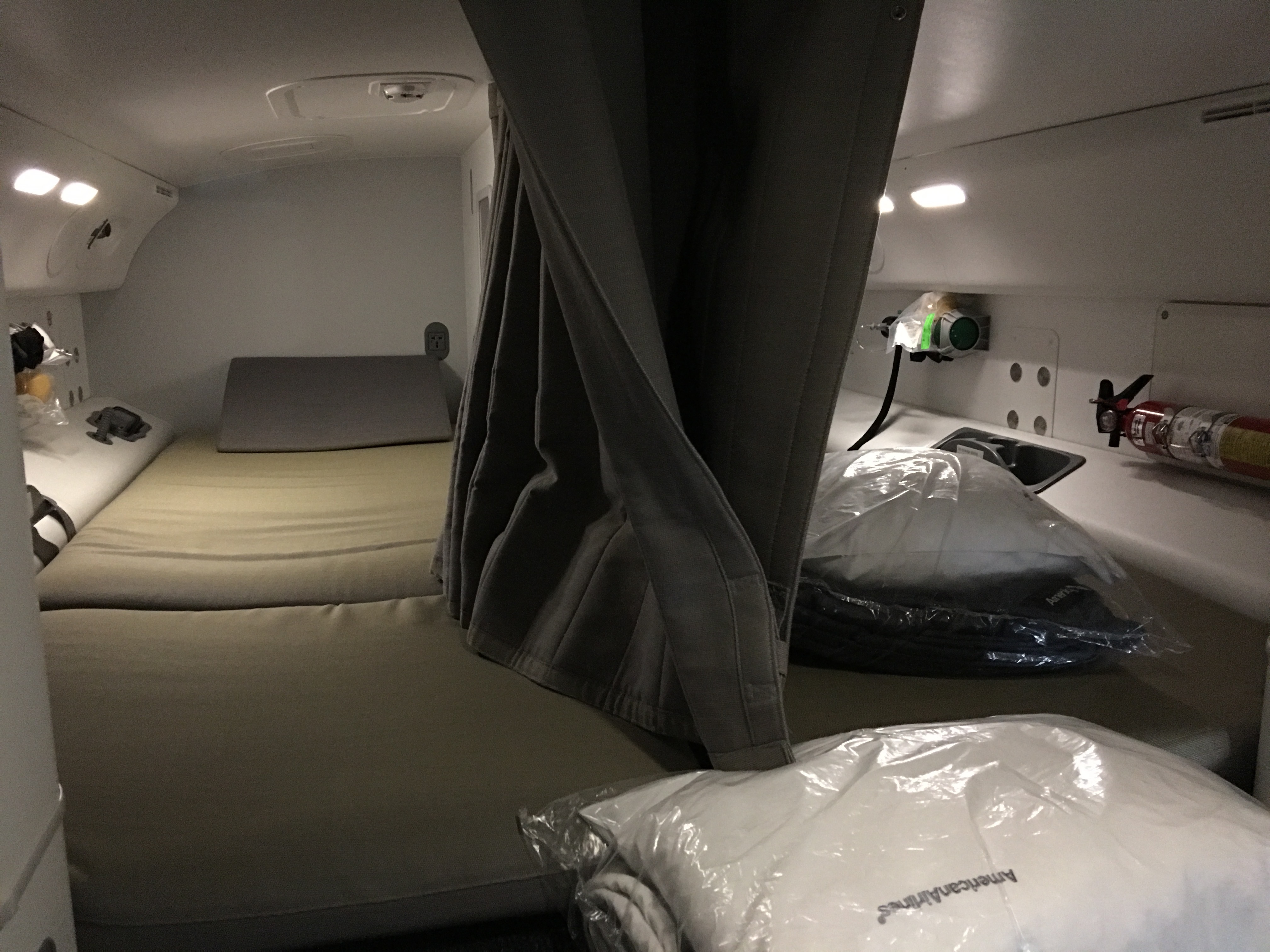 Since the 787 does long-haul, the flights are manned with 3-crew, in some cases 4-crew. Very comfy bed, with power outlets, reading lights, even a wedge shape pillow to help you prop up and read if you so choose. I got to ride in the flight crew rest a few times. Great place to hide. About 50% of the time I ride in the main cabin (First Class fills up every domestic flight, every airplane, every company) and since most of the time I’m in uniform, I get a guaranteed once per flight “hey aren’t you supposed to be up front”-funny to which I show my phone and quip “there’s an app for that” and put my headphones back on. Unfortunately the 787 is no longer on my commute route so back on the older grey, drab, sit-on-the-plank-and-shut-up (like my CRJ) 737/A320 it is, boooo.

I finally found some pics I have taken on my way to and from work. I have to drive 20+ minutes each way, mostly through rural areas. Kansas is not a strikingly beautiful place, compared to many, but beautiful it is. And the sunsets and sunrises can be spectacular. You will notice that the sky is featured in my photos. There is a lot of sky here! And geese. 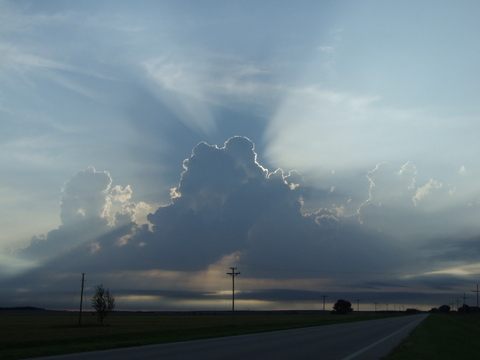 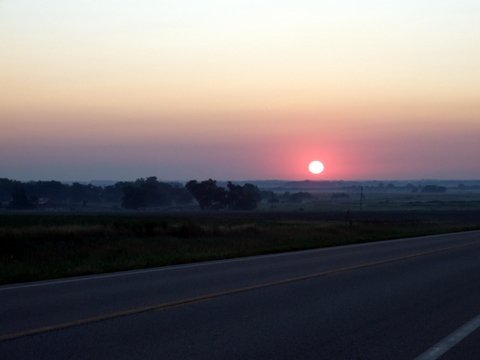 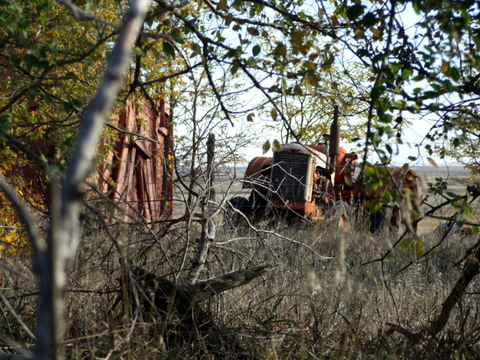 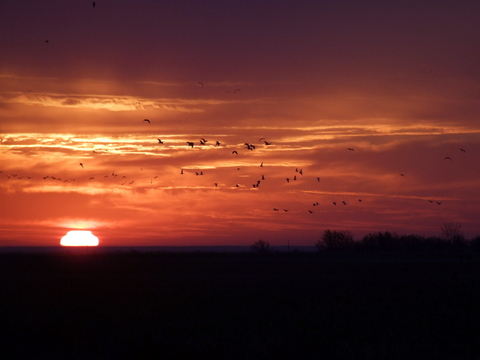 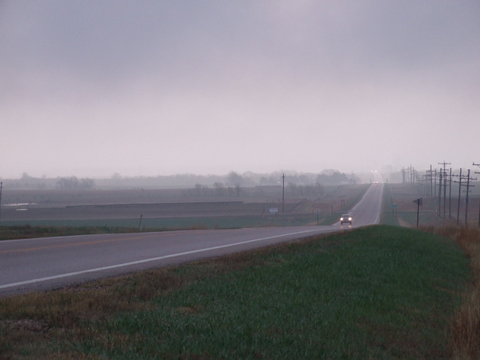 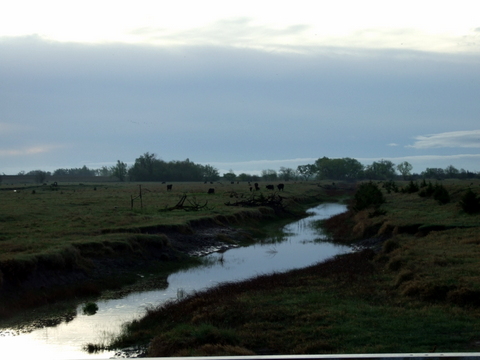 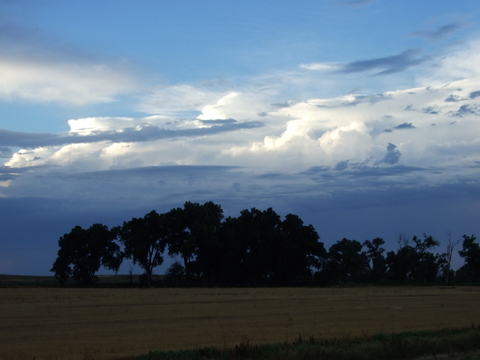 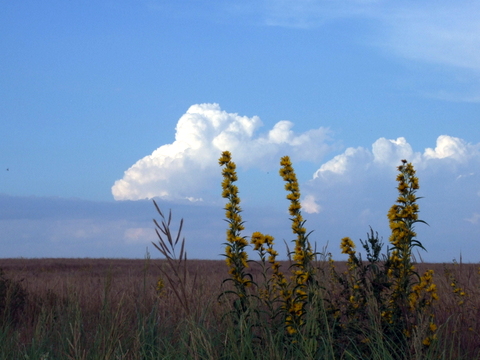 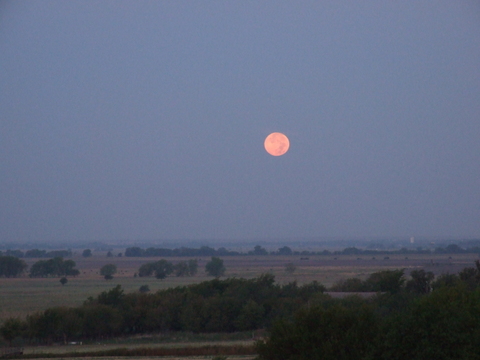 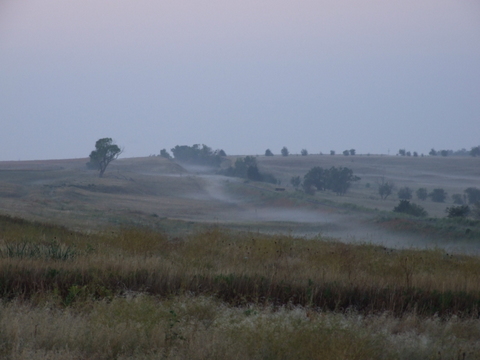 I really like yours @WarrenHill.
Those views look very nice but of course if I didn’t know the english weather enough I would have thought that would be most days

I had a previous job that I just walked 5min but not anymore (25m drive each way) and it’s mostly through city traffic and suburbs around Southampton although every now and then there is some green fields.

I’m standing about 195 meters high on this picture, and from this view you can sometimes see aircrafts taking off… Pretty cool! 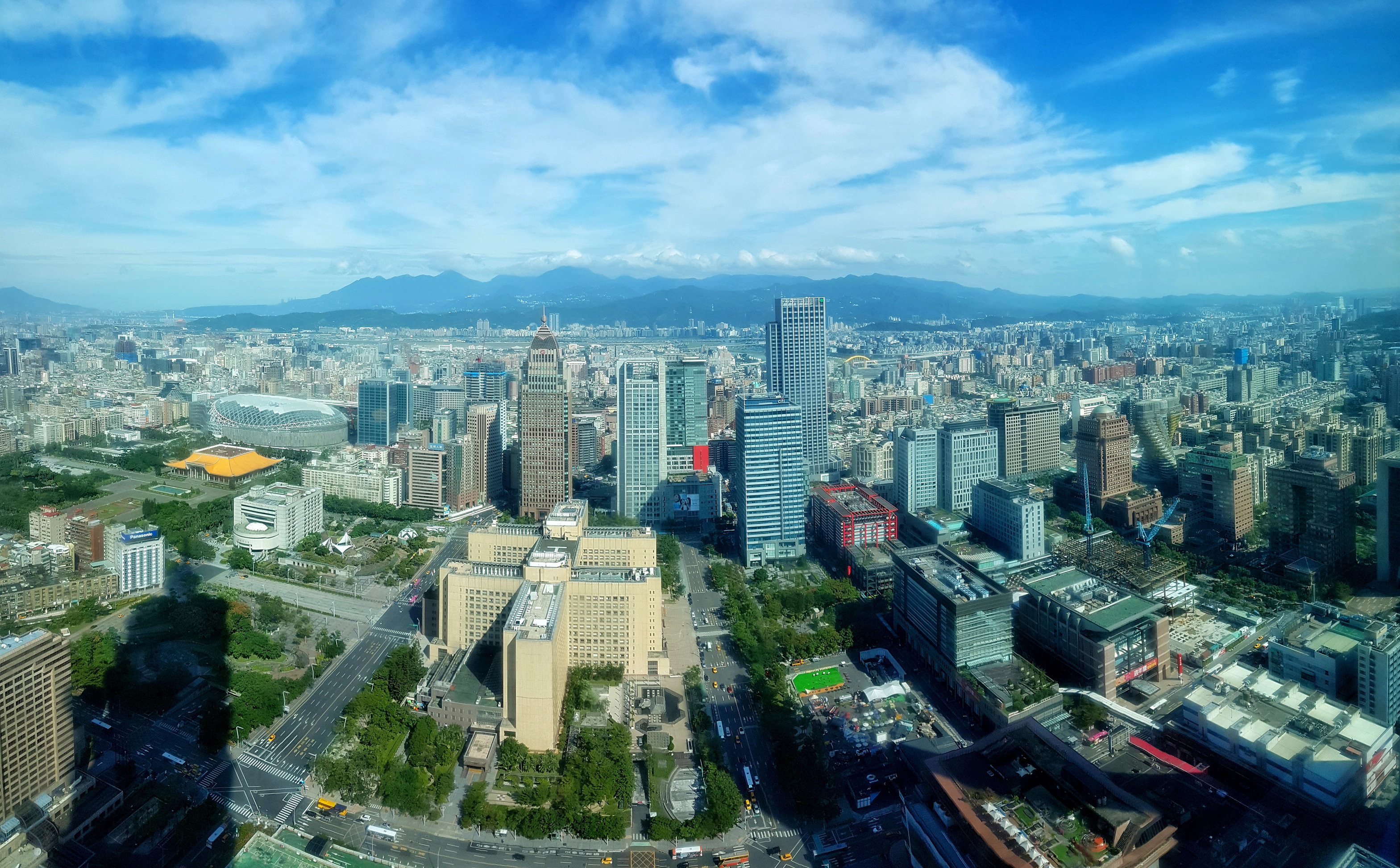 … which is where? You didn’t tell us where that is a photo of!

But if you don’t, then it’s in Taipei, Taiwan.

I knew it couldn’t be Kansas. The clouds weren’t right.

But if you don’t, then it’s in Taipei, Taiwan.

Wouldn’t have had a clue, chief! Very nice view indeed.