Here it is, the fully edited video of Bad Voltage, Live at SCALE:

Thanks again, @joe, for all your efforts with the UK meet.

Awesome! I am going to try to make it to the next one. I hope there is a photo of the romantic moment between Bryan and Jono for us to abuse

Photos from the show: http://www.badvoltage.org/live-voltage-2015-photo-gallery/ 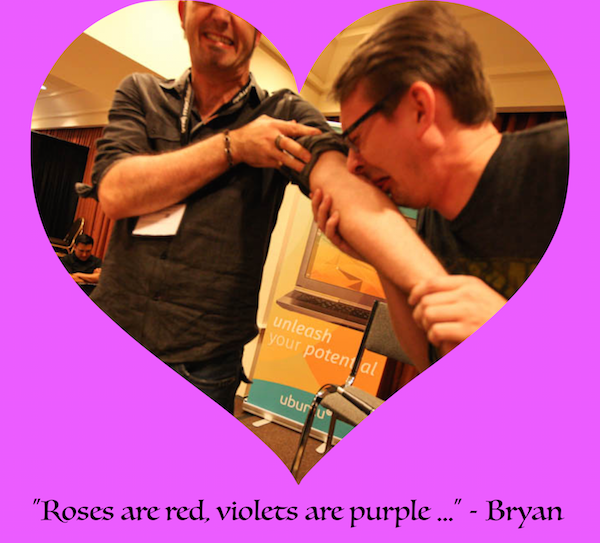 I’m sure all this is completely innocent… 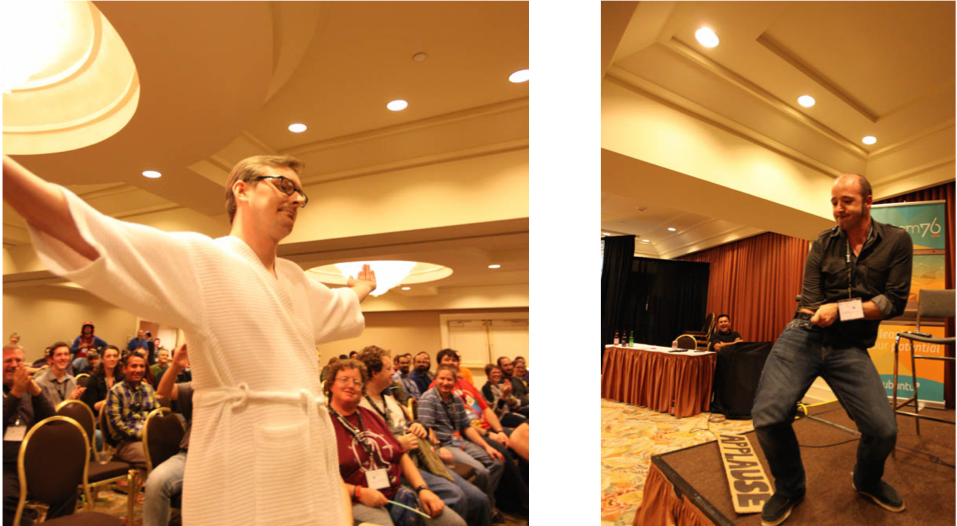 Just saw the credits, that’s really touching guys, thanks! Got the accent and everything

It was a fantastic show and I enjoyed meeting all 4 of you in person.

I’m sure all this is completely innocent…

I Missed the coming of the Lunduke!

I’d like to thank @WarrenHill for the very generous contribution he gave for the venue.

You are more than welcome. I enjoyed the day out. It was worth every penny. Lets hope the next UK meet-up gets a few more people.

I am stoked you guys had fun. Getting meetups together at first is pretty tough. I think it could be awesome though to have local meetups and we then promote them in the show.

Even though I saw it live I watched the whole thing again and still found it funny.

It’s also at https://archive.org/details/BadVoltageLiveAtSCALE2015K02EeD0rXYo in case YouTube does something weird.

I may have just found LUGradio '05 on there. I see nothing but chin beards.

I just watched the second part of BV Live - using the video, thank you Aq

So you guys had a discussion about free software alternatives to Android and iOS, and mentioned Jolla, Tizen and Ubuntu Phone, but not a mention of the free software OS which has sold millions of devices, ships on a dozen different bits of hardware, has shipped more phones than all of the above put together, and which is shipping via carriers in 30 countries and just announced 13 more across Africa and the Middle East? How did that happen?

So you guys had a discussion about [everything except Firefox OS]

We did. And I probably should have mentioned it. But I think the blame is not entirely on us (it is partially, I admit); this is partially marketing. Firefox OS doesn’t seem to be being marketed as an alternative to iOS/Android, or to people such as us (rich, white, Western, handsome exemplars of humanity). Instead, it’s being pitched as a low-budget way to get people who have no smartphones at all into having one. Now, I can imagine three responses to that:

… in which case I submit that your message isn’t getting out very well at all.

…which would also be fair comment, but is why I didn’t discuss it. Ubuntu and Tizen and Sailfish might not be successful at upturning the Western rich mobile world, but that’s what they’re trying to do. Mozilla aren’t; you’re pursuing a different market entirely. That’s a good and noble approach, but it’s why FxOS isn’t discussed in the same breath as iOS and Android and Ubuntu and Jolla. Because they’re different products which are only superficially similar, in the same way that nobody’s talking about sundials in the same article as the Pebble Time. There is a minor part of me which dislikes the accusation, because it goes like this:

“hey, why did you not talk about FxOS in your review of iOS and Android?”
“er, because it’s not even remotely competitive”
“it’s not trying to be competitive; FxOS is for a completely different demographic, and is about bringing the internet and phones to people who don’t have them at all!”
“that’s why we didn’t talk about it”
“you have to talk about it! do you hate freedom?”

which, to be clear, is not what I am accusing you of doing, but it is the subtext in some discussions of Firefox OS. It is not kosher to ask why people don’t take one’s product seriously and then when it is so taken back off to cries that it’s being taken seriously in the wrong way. The elementary people are pretty guilty of this as well (“you’re testing the old version!” “I ran the beta and it was all broken!” “that’s because it’s beta!”).

So, perhaps I’m wrong here, and I should be educated. Should FxOS be discussed as a viable competitor to existing major phone players? If so then I’ll freely admit that I’ve been thinking about it the wrong way and I’ll try to fix that.

While I disagree with FirefoxOS being categorized as not a suitable replacement for iOS or Android, (and I don’t think anything is ever going to be “a complete replacement suitable for everybody”), I think it is worth discussing in the context of mobile OS’, mostly because it’s not targeting the same market, but doing something completely different.

It’s entirely conceivable that, for billions of people, a FirefoxOS device will be their 1st PC; that is worth talking about.