What's wrong with your country?

In the most recent Bad Voltage podcast @jeremy said that @sil while he is/was in New York was being asked “What’s wrong with your country?”

This is a question that has more traditionally been asked of people visiting Europe, probably more particularly here in the UK, from the USA. But, I have to admit the UK is in meltdown at the moment with a total void in leadership from both the main parties.

The Labour party finds its self in a position where the majority of the membership find themselves instinctively supporting the incumbent leader while the majority of the parliamentary party have declared they have no confidence in him. I find myself instinctively supporting the incumbent leader: Jeremy Corbyn. I should declare at this point I am a member of Labour party so can not claim this is written from a disinterested perspective. I must admit however, that its difficult to see how Jeremy Corbyn can be effective without support of the other Labour MPs.

At the same time the Conservative party are in total disarray with the prime-minister announcing his intention to resign because our recent referendum on the EU in which the British people voted by a small but clear majority to exit. I must admit this is not the result I was hoping for but in a democracy we have to accept the result. The Conservative party is also split between its membership and the parliamentary party.

Meanwhile on the other side of the pond the USA faces the prospect of a Trump president, which has been discussed on the show before.

What do we think about this? I’m not just looking for thoughts from those going through this either in the US or UK but genuinely interested in understanding how this is perceived in the rest of the world.

There are many sites where I would be hesitant to place a post like this fearing insults and a flame war but I feel here in the Bad Voltage community we have shown consistently that we are capable of having reasoned discussion and argument while still being able to show decency and respect to each other.

Everything you need to know about the fallout from Brexit

Secondly, We Now Get Independence for Scotland (YiPEE !) with the break-up of the U.K. over the next term of office.

Aberdonian here. I think all the brexit stuff has been hyped beyond belief. Chances are we will just have a slow down in economic growth and sacrifice a lot of our voice on the global stage. The bittersweet bit of the whole thing is how massive a factor fear of immigrants ended up being in the referendum and it’s pretty likely leaving the EU will do nothing on this front. We’ve just taken another massive leap towards international irrelevance for literally no gain.

I think on paper leaving the UK now is even stupider for Scotland than it has ever been, however maybe the referendum was enough to fire people up to leave anyway. Scotland has a huge financial deficit, beyond the levels that would allow it to join the EU unless rules are bent to just annoy the British. 90% of Scottish trade is with the rest of the UK, so if the UK doesn’t get a good trade deal the Scottish economy will bomb if outside the UK. Spain will still probably veto Scotland joining. As an Aberdonian I’ve had a first hand seat to see just how reliant Scotland is on the North Sea oil, not just in the papers or news but simply in counting the number of homeless and beggars on the streets. It’s no foundation for a stable long term focused economy. They’d probably have to take the Euro (certainly the pound wouldn’t be an option) so yea, enjoy the cacophony of shit associated with being unable to control monetary policy and being in a currency union with countries known for fiddling the books.

As for the next leader of the UK I hope its Theresa May. I don’t even like her, had plenty of complaints with some of the policy she’s been behind, data “who needs privacy” laws and whatnot. However she’s the only person with experience and we really don’t need some amateurs running the show right now.

I read somewhere the LibDems are going to campaign on the grounds of reversing this decision. Obviously they’re the Liberal Democrats so they’ll lose no matter what they say, however, what would you think would happen if say Labour made the same pledge? That’s the only way I see Labour winning right now. This is all assuming there’s a general election which is far from a given, I think it would be pretty unacceptable to not have one when Cameron steps down though.

I hope there’s a new Labour leader, I have a lot of issues with Corbyn’s policy. I pretty much consider being anti-nuclear power a deal breaker to start. I think its very unfair to the Americans that they need to supply 75% of the cash, equipment, manpower etc into NATO, I consider the fact the UK is one of only 5 nations in NATO to actually pull its weight a point of pride not something to be amended like Corbyn thinks. Then there’s the stuff where he wants a power sharing deal for Gibraltar and the Falklands, modelled after Northern Ireland; not appreciating the slight difference of NI being a country divided while the Falklands and Gibraltar have effectively unanimous will to remain part of the UK and not Spain/Argentina.

Lets just keep Gove out of power. Lets do something right at least.

I think on paper leaving the UK now is even stupider for Scotland than it has ever been, however maybe the referendum was enough to fire people up to leave anyway

As an English man I can see arguments why the Scottish might want to leave the UK and why in some areas it would be in their best interests to do so though these are not economic ones but based more on the ideas of fairness and decency to each other. I would however beg you not to go: Britain as a whole is much better with Scotland in and we need the voices of Scottish people, and Scottish MPs to counter much of the rubbish coming from elsewhere in the UK.

I hope there’s a new Labour leader, I have a lot of issues with Corbyn’s policy.

I have a few issues myself but I am a Labour party member and I did vote for him to become leader last time. If there is a another leadership election and Corbyn stands I’m not sure I wont be voting for him again I largely agree with most of his policies though I will admit there are areas of difference between us. However, without the support of the Parliamentary Labour Party it will be difficult for him to be effective.

I fundamentally disagree with the decision to leave the EU but we, allegedly, live in a democracy so while Brexit won by a small majority, it was was a majority so I feel, reluctantly, we have to accept this result.

Lets just keep Gove out of power. Lets do something right at least.

If we can keep Trump out of the White House and Gove out of number 10: I’ll drink to that

I would however beg you [scotland] not to go: Britain as a whole is much better with Scotland in and we need the voices of Scottish people …

This is bollocks.
As a celt and a firm believer of the Rise of The Celtic Union, and the decline of the imperialist FUK (Former United Kingdom), independence and rise of the republics is the most supreme form of government.

You’ve had your time in England, why can’t we have ours in the (former) colonies ?
Fucking subjugation towards a crap empire anyway.
Who gives a shit ? I don’t.

I fully admit my motives are selfish here, that I feel I will be personally better off in a UK which as Scotland in it. But if the Scottish people decide they want independence I will fully support them.

As a citizen of a former British colony… I can say that “leaving” the UK (aka “British control”) seems like a pretty smart move.

@bryanlunduke I find myself a little conflicted regarding the position of Scotland within the UK.

If we ignore the needs of Scotland and the Scottish people, for now, then for the rest of the UK there is no up side, and a very clear downside, to Scotland leaving and the rest of Britain will be far worse of if they go.

But of-course we must not ignore Scotland and its people. Back in 1997 when Scotland was offered the opportunity of forming its own local parliament I was living in Scotland and voted for it to be established. The Scottish people have clearly shown that they want to remain in the EU. While large parts of the rest of the UK voted to leave.

This clearly makes the relationship between Scotland and the rest of the UK awkward and I feel that a new referendum on Scottish independence is inevitable and the people of Scotland have an important decision to make. Living in England I would hope they vote to remain, if I were still living in Scotland I would probably be voting the to exit.

The decision is not mine to make however and whatever the people of Scotland decide we must respect it and they will have my full support.

You remind me of “they can knock out a good tune” crowd.
Didn’t mean to offend you but just look what Westminster did to the Northern Powerhouse.

@TheGuyWhoLovesChill I am not offended at all. I make no apologies for my politics I am proud to declare my self as a Socialist…

I am in Scotland now, at T in the Park, with a few friends of mine, some Scottish, some English. If someone offers me suitable employment I will be happy to stay.

@WarrenHill We had a kinda tea in the park here.
It’s called Tynwald day and ppl/users/tinker, tailors … get together for a right, gang-bang of ancient democracy.

I shall PM you some vids and pics of the day.
Excuse the politician in the mad hatter-hat, we’re not all that balmey. 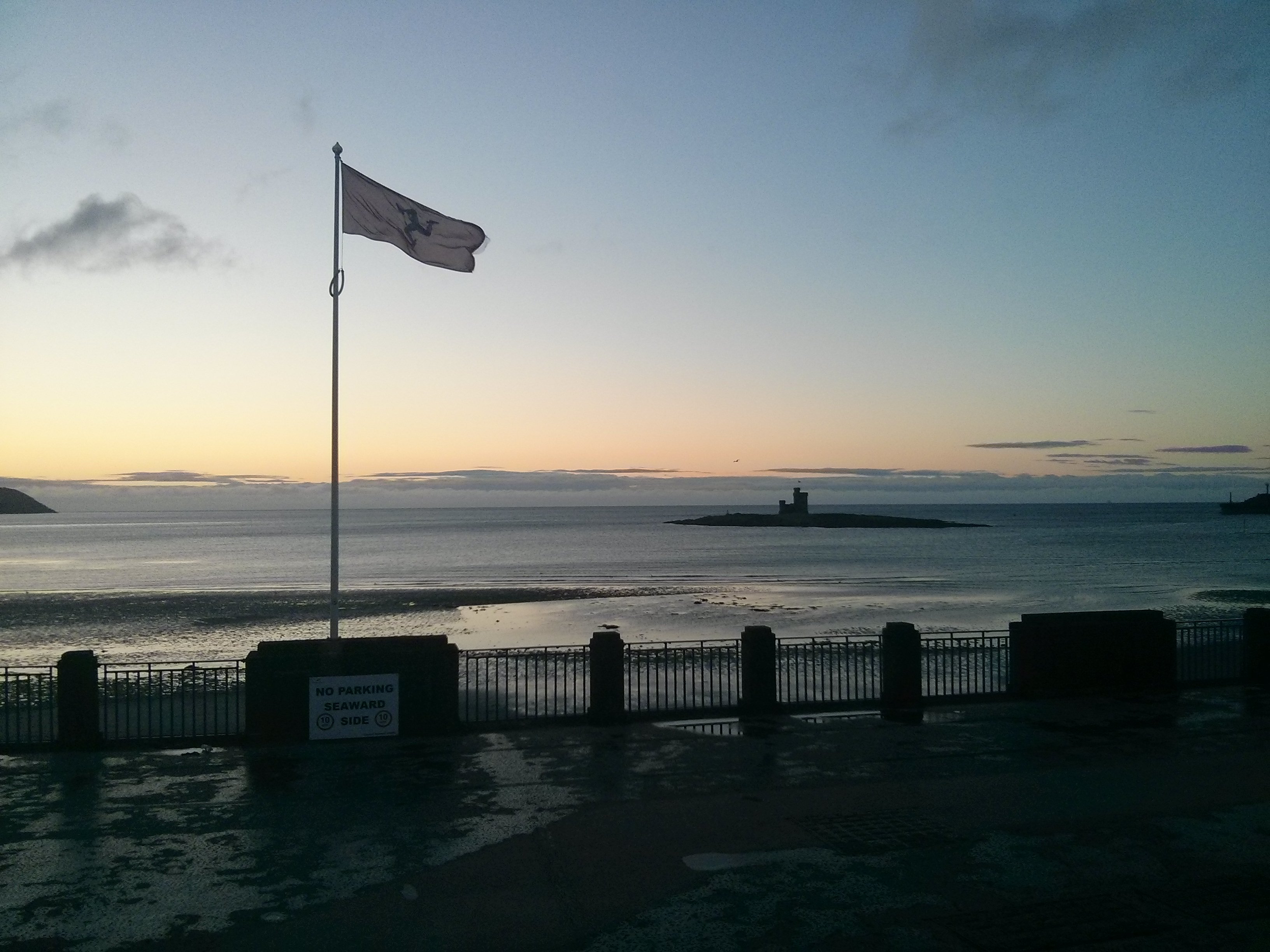