Single Board Computer projects. (and other fun stuff)

NextCloud worked pretty well, until an Raspbian-update killed it. I have not yet invested much time to get it working again. I suspect the problem to be somehow related to the MySQL DB. I use a RasPi3 for this.
I do nothing to preserve my SD car. I suspect I don’t have that much IO. Unregular backups are fine for me.

I have also a Odroid U2 but the support and community for these devices isn’t nearly as good as for the RasPi. The quality of the OS images aren’t comparable to Raspbian or the other RasPi images.

Inspired by the recent NES Classic I made a DIY SNES Classic just in time for the Christmas holidays, the kids loved it and it’s very portable! 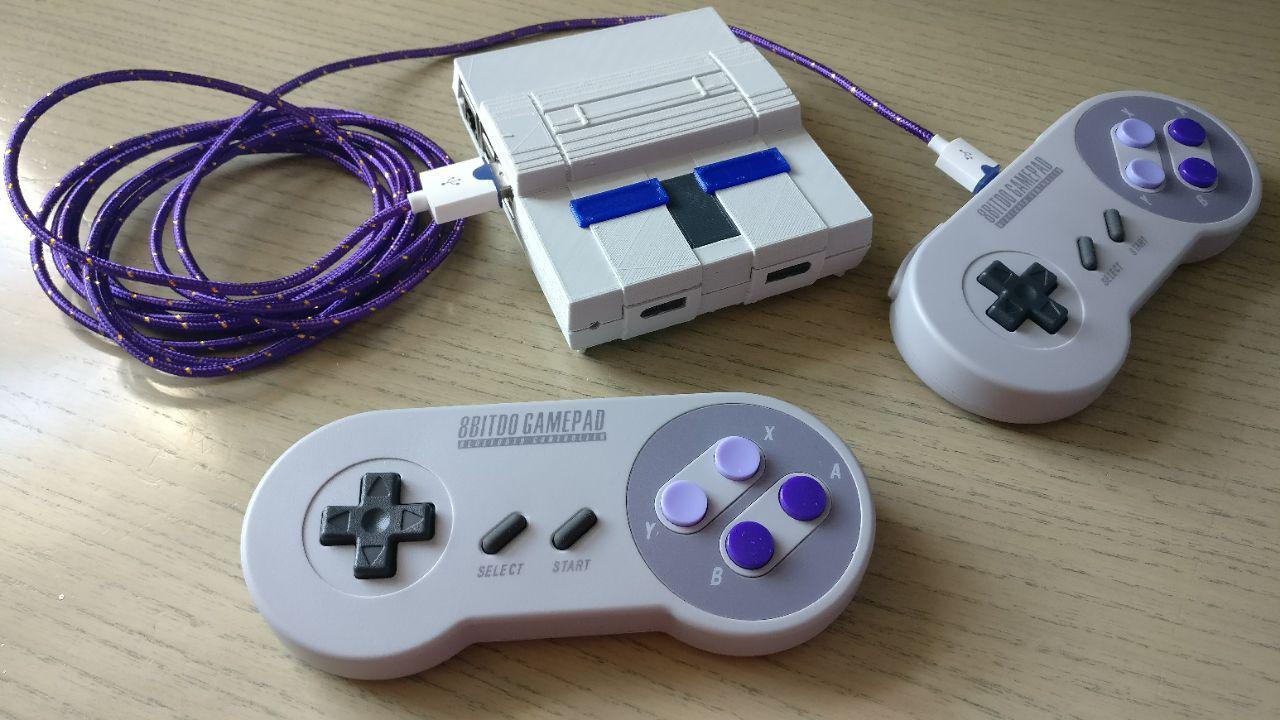 To make one yourself you’ll need:

Both controllers use Bluetooth, so two player wire-free gaming is possible. The USB cables are just for charging, but if you’ve got no change they can be used as wired controllers too. Retropie can be controlled via the controllers, no keyboard/mouse required.

There is undoubtedly a cheaper way to do this, but I’m in the process of hooking up a Raspberry Pi 3 and a 10 inch screen in a picture frame. I attend for it to cycle through animated gifs of the kids making silly faces, reminiscent of the portraits in the Harry Potter films.

I have a Ready, Set, STEM kit ( http://www.readysetstem.com/ ) which is about $160 US and has a Raspberry Pi 3, an enclosure, and a set of simple electronics and programming experiments with LEDs and buttons and so forth. I saw it demonstrated at a technology fair for kids last year, loved it, and got one to work through with my own kids. It’s been wonderful so far, except for a few weeks of pain when I couldn’t get it to work because I had a directional input backwards. (i.e. my own failure to read the directions thoroughly)

A few people mentioned OwnCloud/NextCloud. Yet again, I have to promote the fully open source Sandstorm.io software that serves a similar function. I run Sandstorm off a home Linux server, but currently it only supports x86_64 processors so it’s not yet a candidate for hosting on a Single Board (ARM) Computer.

I tried to use Kodi on a Pi for video streaming without luck. I’ll put that into a separate discussion thread.

There are TONNES! For example: https://www.amazon.co.uk/d/Electronics-Photo/Buffalo-BSGP801GY-Classic-USB-Gamepad-PC/B002B9XB0E

I’ve just ordered a load of rPi stuff off pimoroni, including a Cluster HAT and some rPi Zeroes! Fisher Price Beowulf cluster here i come! The Cluster HAT interfaces a (Controller) Raspberry Pi A+/B+/2/3/4 with 4 Raspberry Pi Zeroes (NOT included). Configured to use USB gadget mode, it is an ideal tool for teaching, testing or simulating small scale clusters.

I’m interested if anyone is playing with small computers. There have been several references to the (Raspberry, Orange, etc) PI but as I understand it these all have processors of the capability of a typical mobile phone that’s a lot of power my Pi runs as a server with a full Linux distribution (Rasperryian - Cut down version of Debian) to handle appointment etc.

I have worked with much smaller processors in the past including 6502 and Z80 and I am now starting to play with the Arduino Uno for applications where you don’t need much processing power but a some, Examples here might be converting one protocol to another or providing a specific pattern of pulses to test a particular piece of equipment.

I’d like to see more people playing with small stuff just because it makes the big stuff less daunting, If I can write the “Hello World” program then I can see how somebody else might be capable of writing something more significant.

Back in 2008 I took a NSLU2 with SlugOS/BE and made sortof a backup appliance with an encrypted disk, using dm-crypt.
The NSLU2 has two USB ports and the idea was to attach a disk with an encrypted filesystem to one port and (temporarily!) an USB-stick with the key to the other port.

The USB-stick with the key needed to be plugged in only when the encrypted disk needed to be mounted. Once it was mounted, you could unplug the USB-stick-with-the-key to keep it at a safe place.
The appliance could stay at a (physically) unsafe place and you could store your backups on it. If the disk was stolen, it couldn’t be mounted without the USB-stick that held the key.

By the way: did it actually work?
Nope, not really. The NSLU2 was to slow. Its CPU went to 100% whenever I only threw a glimpse at the disk.
I was able to scp files to it, but the rate was much too low to get reasonable amounts of data onto the encrypted disk.

But almost 10 years passed since then. So, I bet it will work with nowaydays single board computers.

I just dug up the (brief) documentation I made…it’s in german but if anyone is interested, i can translate it.
But then, after a very brief googling, I guess there are much better documentations, like this one. 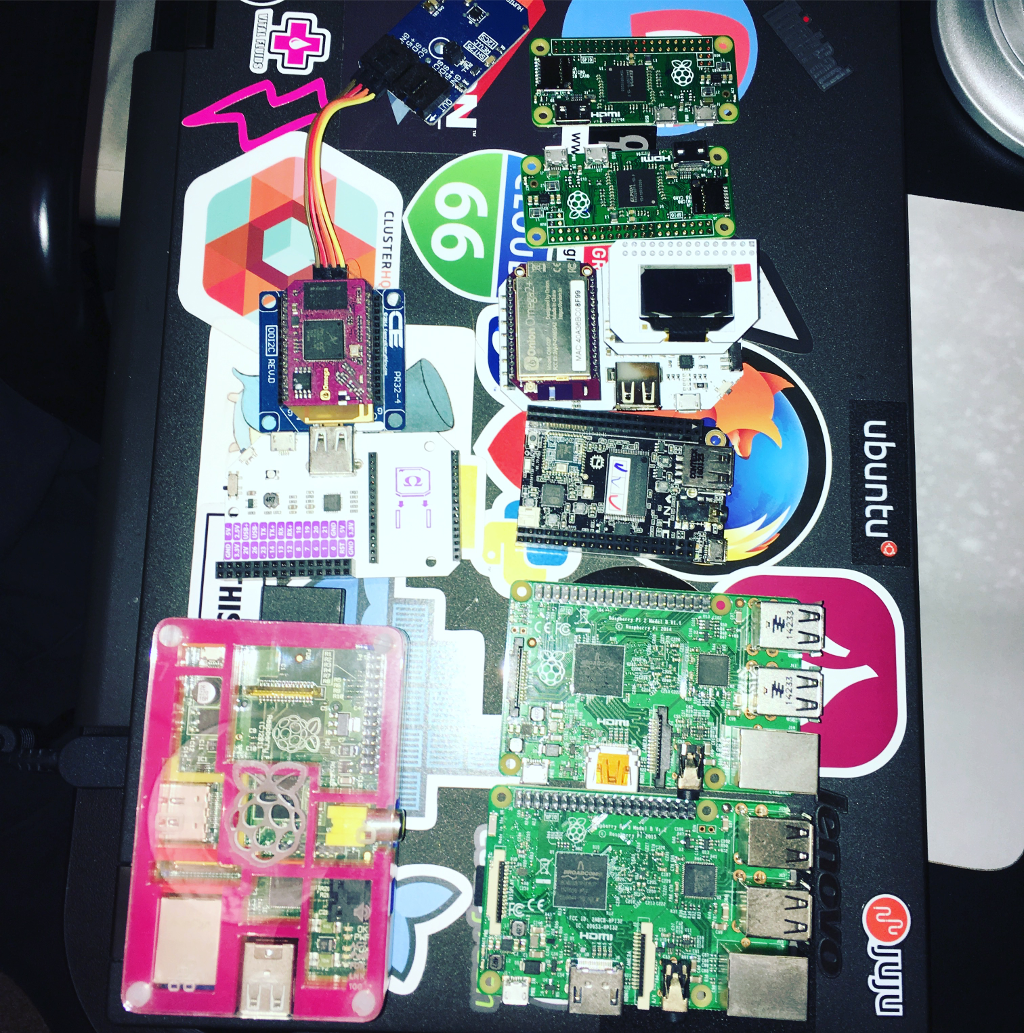 I’ve got all of these and need to think of what to do with them! 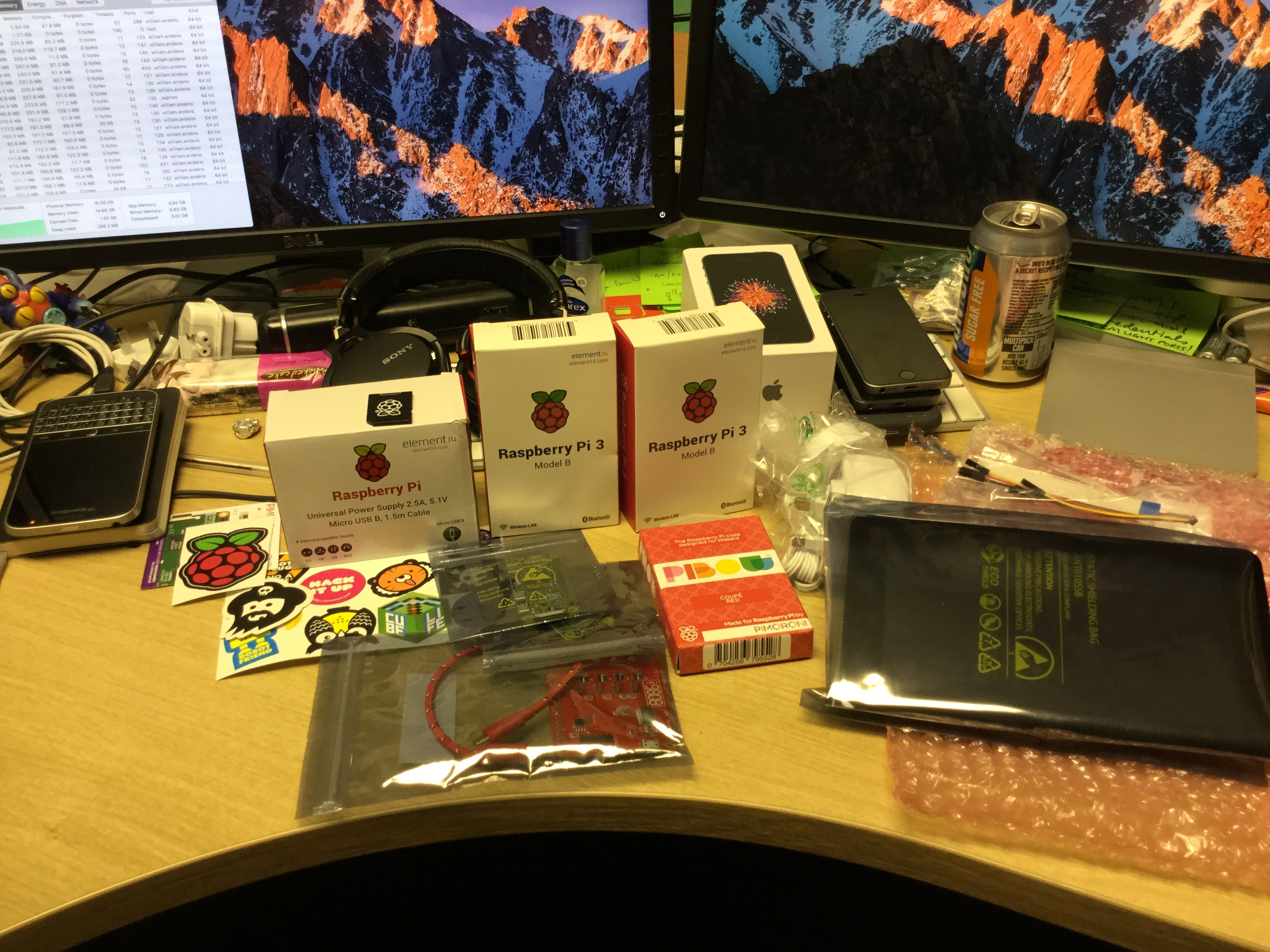 I’ve been put to shame!

Are they those super awesome (didn’t expect it from) Dell monitors? A friend of mine has one.

Are they those super awesome (didn’t expect it from) Dell monitors? A friend of mine has one.

IIRC, they’re these. Although the monitor I’m sat in front of at home right now is one of these. 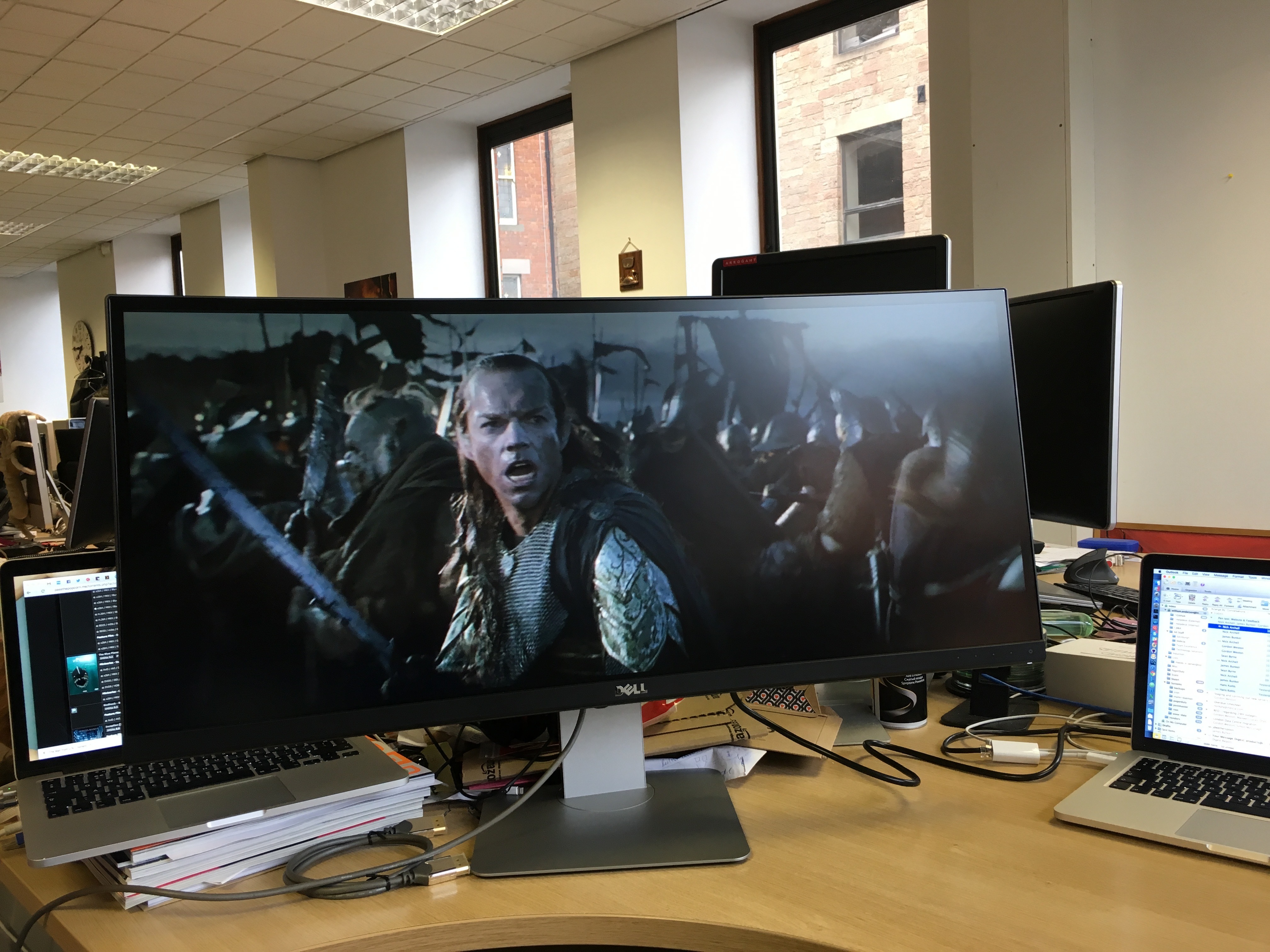 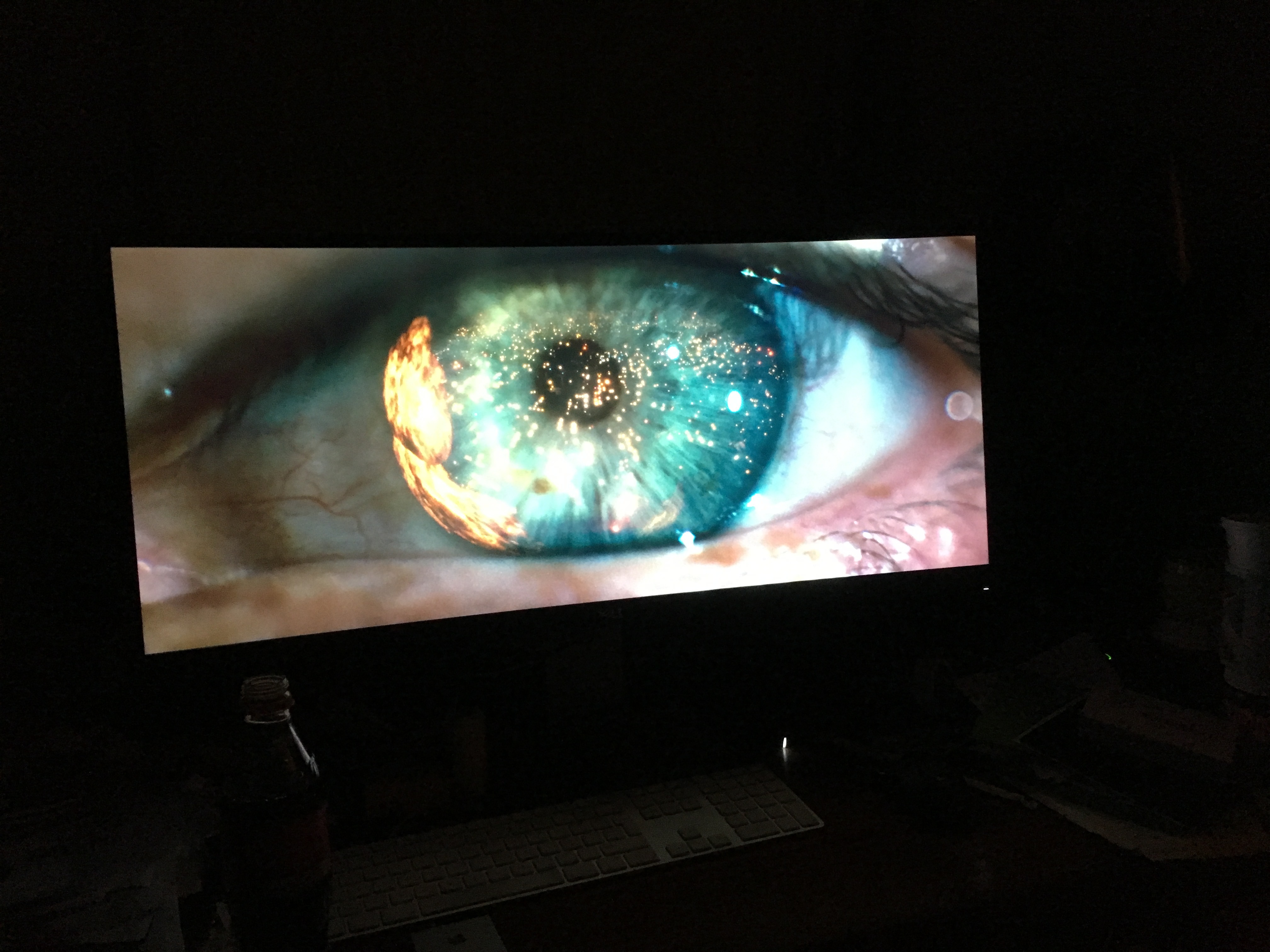 Pre-order it, if you can!

Maybe the missus will get one for me some how.

1 Like
← previous page
Please respect our code of conduct which is simple: don't be a dick.