We said we’d find out who did better (by your definition of better) in our two-way discussions in episode 1x79, and here’s your chance. Place your vote now, and explain why you did! 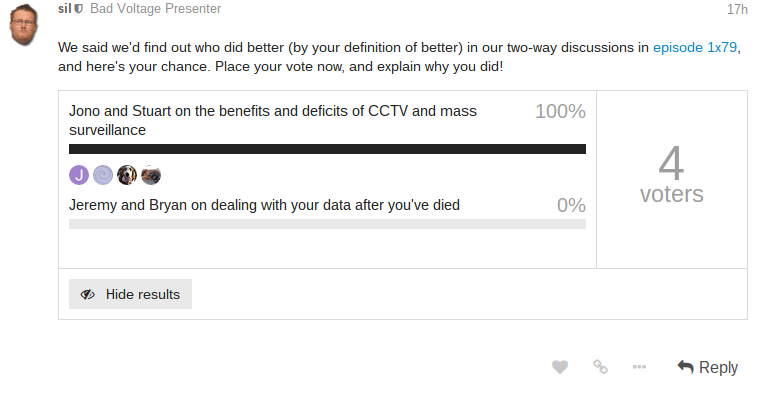 Sorry Bryan, I love ya but it was nice to hear a discussion on CCTV without copious amounts of yelling and snark so while it pains me to do this, Jono gets my vote.

I voted for @jeremy and @bryanlunduke. Now, some of this was because I learned a lot from their discussion and I didn’t learn as much from ours because I by definition already knew half of it

But also because it was a sober, intelligent chat about the whole nature of the area of what to do after death. And because the Dan Brown bit about having a set of clues which lead to my passphrase made me laugh and think of a way to do it!

I think the thing that makes this whole area complicated for me is that it would seem rather a shame for all my stuff to be completely inaccessible if I die, but equally I don’t think I’m prepared to go Bryan’s route and just throw open the doors to my family. I’d like some data to be passed on but some to disappear. And the mammoth nature of the classification task there, dividing everything into one of those two categories, makes me not wanna start.

There’s something of a shortcut, which is giving someone access to your mail account – from there, they can pretty much get at everything else via password resets. Not everything, probably, but a lot. I’m impressed with Bryan’s dead man’s switch. What I’d like is some way to set that up myself, but do it now and not have to touch it again. That’s a challenge. Assume I die, say, twenty years from now. There is no server I possess which I had twenty years ago; there is little data on the servers I do possess which was also there, and the likelihood that a decade from now I’ll get a new server and remember to set up the cron job again is slim at best. But equally I am very very unkeen on the idea of finding some external service and saying “here are the keys to the kingdom”, firstly because I don’t trust them to still have integrity twenty years from now, secondly because I don’t believe most services will be around twenty years from now, and thirdly because they’ll charge me money for it (which I don’t mind) but me paying that money will not decrease the risk of the first two happening. So, I’m not sure how to solve this, and that’s even after listening to the discussion in which I learned a lot about both ways to approach this and what already exists.

I voted Jono and Stuart 'cause I laughed so hard listening to Stuart gasp like a grand old southern dame (at 33 minutes) that diet pepsi went up my nose.

About Matthew Broderick running someone over? I did not know anything about that! I have since researched, of course.(Incidentally, the film he was in with Meg Ryan is Addicted To Love and it’s excellent.)

About Matthew Broderick running someone over? I did not know anything about that! I have since researched, of course.(Incidentally, the film he was in with Meg Ryan is Addicted To Love and it’s excellent.)

He did cause a head on crash killing two people in 1987 but that doesn’t seem to have affected his career much, he is still making films. There are plenty of other actors who’s careers have taken a nose dive for doing silly or reckless things though.

Just got the tweet !
Was this #promoted in any wayz ? 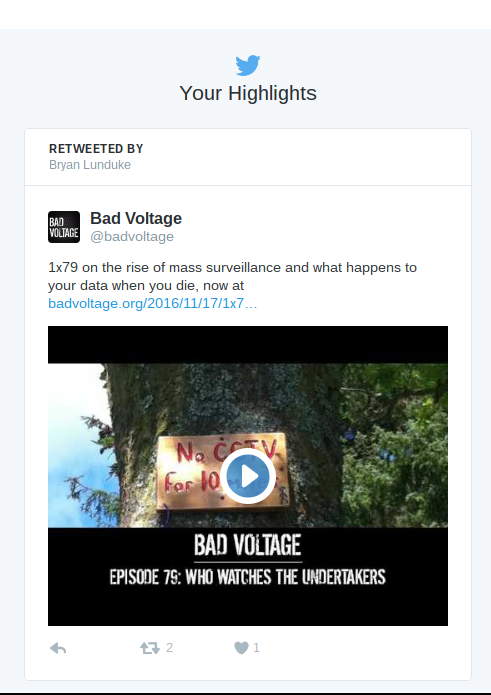 (Incidentally, the film he was in with Meg Ryan is Addicted To Love and it’s excellent.)

At last, someone else with a Y chromosome who likes romcoms

I have to admit I voted for @jonobacon and @sil mostly because @bryanlunduke told me not too!

I found that and watched it. I’m not usually a fan of rom coms (my idea of a great cinematic romantic line is “You always were an asshole, Gorman”) but I watched it all the way through and by the end I realised I quite liked it. Thanks for the recommend

I’m not usually a fan of rom coms (my idea of a great cinematic romantic line is “You always were an asshole, Gorman”)

Sorry, but the great romance in Aliens is Vasquez and Drake. 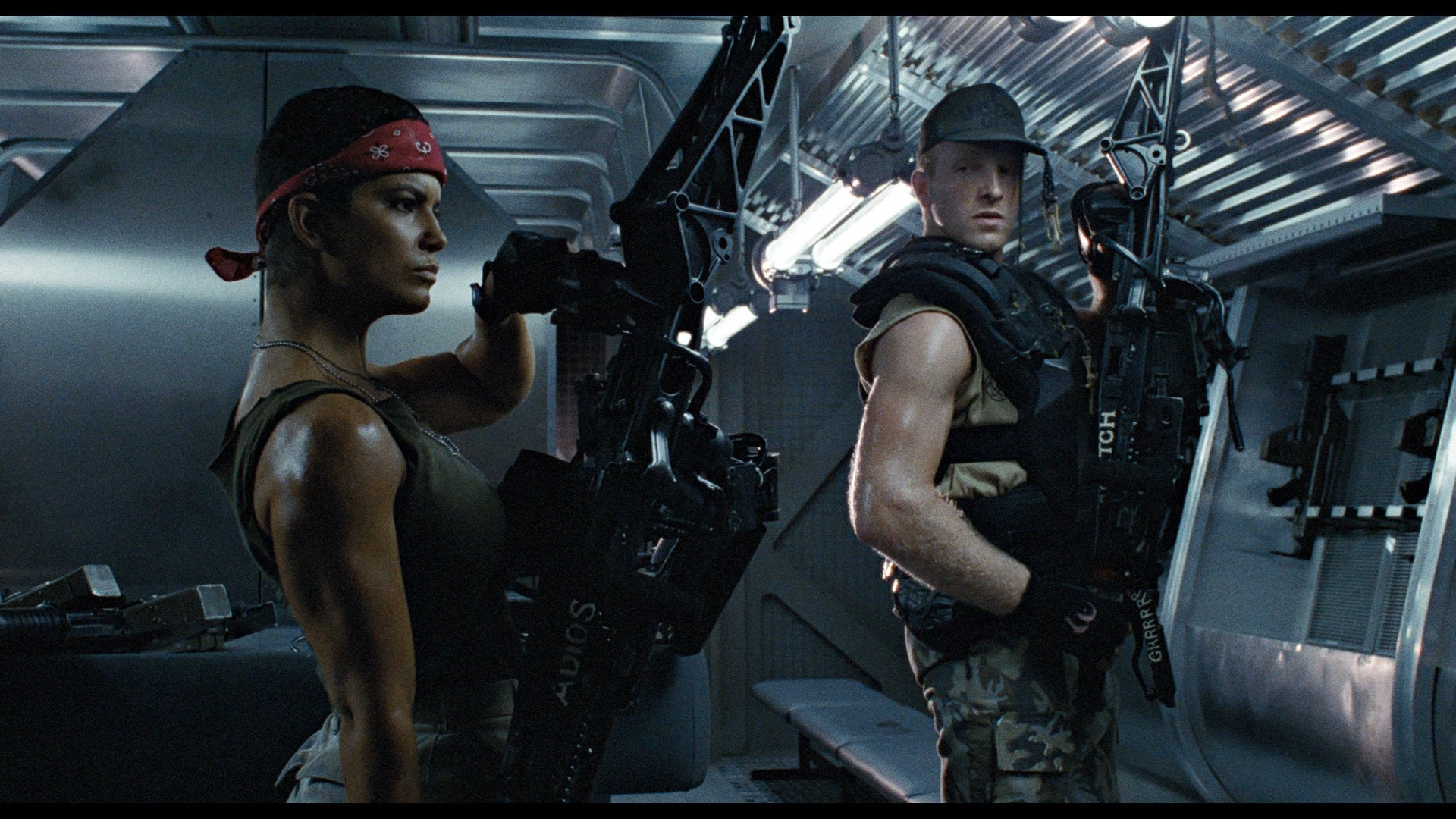 Or if you prefer, the bromance between Apone and Hudson. 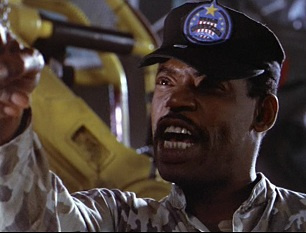 I was, at first, not going to vote, but @sil changed that. He mentioned where he lives and now I have an ear worm of Jeff Lynne singing Birmingham Blues for the last few days.

Sorry, but the great romance in Aliens is Vasquez and Drake.

Oh, yeah, the bond Drake and Vasquez shared is definitely alluded to. In the movie and more so in Fosters novelization. Perhaps it was even romantic. However, if so, I’m betting it was most likely a superficial romance on the level of that portrayed in most rom coms. Now, to ignore tactical logic (Gorman had full mobility yet a grossly depleted complement ) and go back for her rather than allow her to endure the horrors of capture, to then kill her and himself when it becomes evident escape is not possible…well, that’s just the most romantic thing I’ve ever seen! Both hands grasping the ‘grenade’ in an embrace at the end just made made it.

Or if you prefer, the bromance between Apone and Hudson.

That being said, well shit, Apone slash Hudson does sound rather intriguing