Just to chime in. I punted a few quid towards Pebble when they were on Kickstarter and, in return for my faith in them, I got a a ‘Kickstarter Edition’ watch.

At the time, I wasn’t entirely convinced that it would take off with the general public, or even with myself. But, a year and a bit on, I’ve worn it pretty much ever day. The fact it doesn’t look ‘flash’ or ‘cool’, means it makes a great incognito daily watch, like the Casio FW91 was (and is resurging). The fact I can control my music from it is not just a gimmick, it means I don’t have to constantly rummage in my pockets for my phone to change the track. There’s a nav app that means I can use the sat nav in the car and get directions on the steering wheel - actually much less distracting than a TomTom (other brands available).

What’s best with Pebble, is that there is an awesome SDK, which allows anyone who knows a bit of C to write apps for it. Also, the 7 day battery life is much less annoying that you’d think; especially given that it charges in an hour or 2.

Just to chime in. I punted a few quid towards Pebble when they were on Kickstarter and, in return for my faith in them, I got a a ‘Kickstarted Edition’ watch.

Great to hear your feedback on this, @joe - I met someone from Pebble a while back who said they would send me a copy to review on the show, but I haven’t heard anything since. I would love to do a review and see how it fits into our wearables world-view. What would be even cooler is if each presenter had a different smart-watch and we all reviewed them and compared notes.

The problem with most of them is that they’re tied to the vendor, so you’d all have to have the corresponding phones.

If you were in the UK, I’d lend mine, but I already took the hit on customs charges when it came from the factory!

The problem with most of them is that they’re tied to the vendor, so you’d all have to have the corresponding phones.

I’ve seen someone wearing a Sony SmartWatch 2, that looked pretty cool and I was sure gel!
Anyways, his phone was a Motorola or something like that, I’m not fully sure, but I’m sure it wasn’t a sony phone, it looked like it paired up well, but when trying to switch music it didn’t seem to want to work, I’m not sure if thats because he wasn’t using a Sony phone or if it was just a bug that could be fixed, but if I didn’t need to use Android I’d be looking at smart watches and more importantly smart bands as a probable buy, I mean if I could easily switch between Ubuntu Touch and Android with a smart phone and not need to worry, I’d get one but most of them seem to rely on Android!

Considering I’m a sony fan girl, Jono, please convince both Sony and Canonical that they need each other, get every app for Android sony’s made and get it on Utouch, specifically the Playstation app and the fitness app, and get them to make the watch and band work with the phone, do that in like 4 Months and I’ll be happy, Thats all I ask of the Canonical and sony team, and by that I mean I’m still waiting for the Suru icons on the desktop!

But yeah my biggest issue with the smart band is not being interchangeable with os’s and smart watch, well what thing other then switching music would it be good for to me?

I’ve been a Pebble user for the past 3 months now and love the watch. Just listened to the latest show and wanted to put my two cents in. One of the reasons why I like the Pebble so much is that it doesn’t try to replace the phone. It subtly enhances my experience with my phone. Pebble’s own CEO made the comment that the watch should go alongside and compliment a person’s phone rather than replacing it.

The Pebble CEO hit the ReadWriteMix stage to explain how he made wearables that customers and developers can get excited about.

I’ve had the opportunity to play around with other smartwatches, such as the Gear, Gear 2, Gear Fit, and Sony Smartwatch. All the other smart watches out there try fit everything and the kitchen sink into such a small device. With the Pebble I can see what email and notifications come in with just a glance. Very helpful as I’m driving since I can’t pull out my phone. Also helpful when I’m in meetings as pulling out my phone, unlocking it, opening up the app, and reading the message is distracting. I’m able to cancel a call when I can’t reach my phone immediately. Very helpful as I was visiting my in-laws and my phone was in the other room when a call came in. I could hear the phone but couldn’t run to it to answer, so with my pebble I canceled the call so the ringer wouldn’t bother everyone. I’m also not locked into specific devices.

I agree that the apps available right now aren’t the best, but like with all new emerging technology, things are quickly improving. I have an app that lets me take remote camera shots. Very nice for portraits with my phone using the rear camera. I’m not a selfie fan. I also enjoy using the fitness app so I can keep my phone in my pocket but quickly glance to see my overall distance and speed when I walk around town. I don’t need color screens or a blazing fast CPU on my wrist. Battery life is important and not having to recharge every day is a huge advantage. I’m confident that Pebble will grow and improve with time. I would recommend this watch to anyone who enjoys technology and likes a phone companion device.

I’ve had the opportunity to play around with other smartwatches, such as the Gear, Gear 2, Gear Fit, and Sony Smartwatch. All the other smart watches out there try fit everything and the kitchen sink into such a small device. With the Pebble I can see what email and notifications come in with just a glance. Very helpful as I’m driving since I can’t pull out my phone.

I think this is the thing I don’t get about the Pebble…speaking personally, I don’t feel I need a screen on my wrist that pulls data from my phone. I just can’t determine any realistic scenarios where I need that.

I can absolutely see the need for a smart-watch in terms of interesting things (e.g. fitness), but I would not want to assume I have my watch in my pocket, and Android battery life sucks enough without it constantly sending data to another device. What I would want is an all-in-one device as opposed to just a more convenient way of interacting with something that is already two feet away from my hands.

Totally agree. I use my phone for music too. Just the fact I don’t have to constantly take my phone out of my pocket to switch tracks, see who’s calling, if the fb message is worth reading is a God send.

constantly take my phone out of my pocket 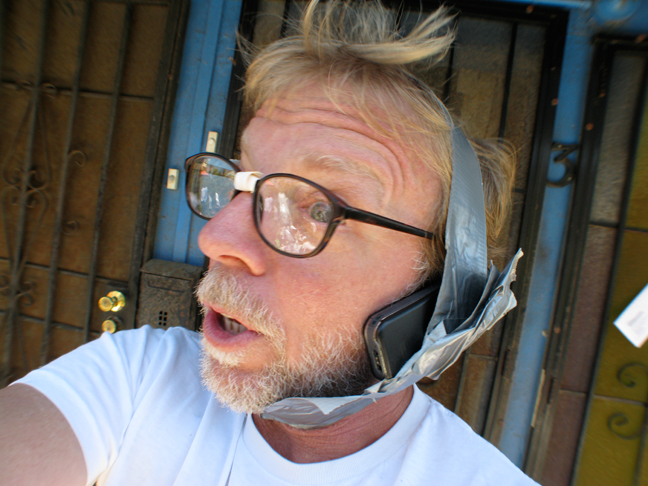 If you are going to wear a watch, and are a geek, of course we’d prefer a smart watch that does more than just tell the time - and it’s a natural evolution of such devices from analogue to digital to wearable computer.

I imagine these devices might be become GSM-enabled themselves in future, and run Android. But cheaper models would be bluetooth devices tethered to one’s phone. So it’s an extension of one’s phone, e.g. for notifications.

Having said that, such gear is handy where one doesn’t want to have one’s phone on one’s person, e.g. when swimming or exercising.