@bryanlunduke will probably enjoy this one:

Disclaimer: I am not associated with goat simulator in any way.

@bryanlunduke will probably enjoy this one:

Yes. He most definitely will.

Disclaimer: I am not associated with goat simulator in any way.

I love that this sentance is a real thing in today’s day and age. The quirky yet highly praised Goat Simulator is on its way to Android in the hopefully not-too-distant future, according to its creators. 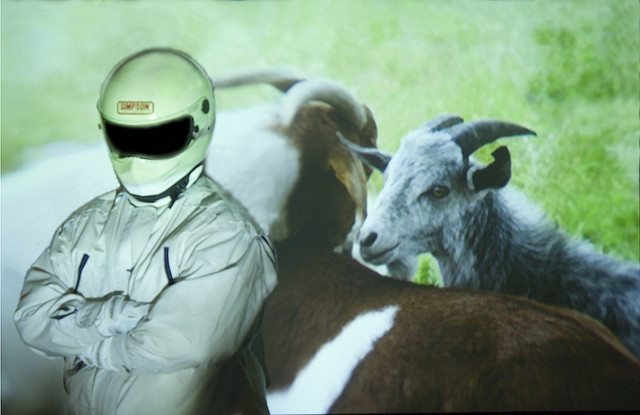 For some reason that reminds me of an episode of Barney Miller where a man was brought in the precinct office who was holding a public prayer because he was saying that the world was going to end at 4:30 that afternoon. His group prayer was causing a disturbance. So, they release him later that afternoon and it was after 5:00. They mentioned to him that the world was still there. And he turns to them and says “And they say there is no power in prayer!”

Just so @bryanlunduke will know, there’s an update! A huge update to Goat Simulator is rolling out. Look for a new level, a helicopter, deadmau5 and some pigs, that are stuck. On sale in the Google Play Store.

Just so @bryanlunduke will know, there’s an update! GoatZ is a goat zombie survival horror game, from the makers of Goat Simulator

What is better than a Goat Simulator? Goats and zombies. Enough said.