Stuart Langridge, Jono Bacon, and Jeremy Garcia present Bad Voltage, in which Times Square is a much better example, it is Stuart’s turn to seemingly sound like he recorded this at the bottom of a coal mine (sorry about that), and: 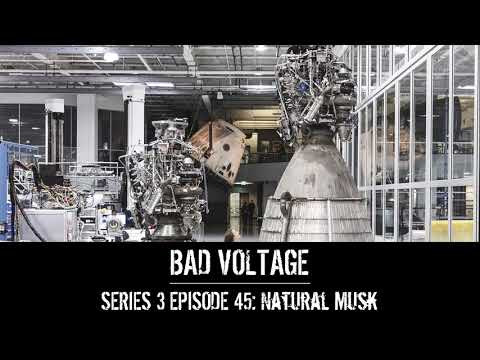 I’m somewhat surprised that nobody picked up on the more worrying implication by a promise to “open source the algorithm”: Musk clearly thinks that there is an explicit algorithm that he can publish, as opposed to machine learning classifiers in a black box. And that hints that he might believe the “shadow banning” myths.

That also brings up my concern about the purchase. I don’t care about his approach to free speech, because Twitter already has terrible moderation that frequently gets pointed to hate speech and incitement to violence and responds with an e-mail saying “nah, that’s fine.” I care more about him implementing the algorithm that suppresses messaging that he disagrees with, comparable to when he tried to shut down the kid posting about his private jet’s movements or Amazon’s plan to suppress labor-organizing talk on their internal chat.

And yes, it seems like every study that I’ve seen on the topic—here’s an old overview—says that “real name” policies are universally a failure that open people to harassment and persecution, rather than preventing harassment or persecution.

The real question that I have (assuming that he actually forks over the money, instead of this all being elaborate performance art to discredit Twitter as the sort of organization that would sell out to a jackass like him) is whether his Twitter will allow editing tweets as part of his definition of free speech. Because if that happens, that’ll be a fun ride, as the media stops embedding tweets (since you can no longer rely on the linked tweet still saying what you remember), which will lead to experts and officials posting less (because it’s no longer a way to get noticed by the public), which will lead to the rest of us moving on (because who cares about Twitter if you can’t yell at dumb politicians and brands?).

As for whether the deal closes, he has started violating the terms of the agreement by attacking Twitter employees, making me think that he wants to be told that the agreement is off. I also saw one suggestion that letting Tesla stock drop, then abandoning the Twitter deal to “return full-time to Tesla” might be a narrative that could earn him significantly more than a billion dollars from the stock price bump.