3x35: Generated For The Purpose Of Journalism 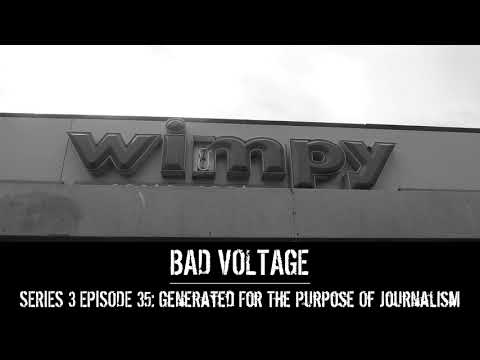 A lot of the names-and-behavior research goes back to when Facebook especially started demanding that everybody use their real names, then completely botched it by banning a bunch of transgender people and basically anybody whose name was uncommon in Western Europe or might be pronounced like an impolite term. While this one tries to get into the “real world,” almost every study shows a lack of correlation between strength of identity and behavior. A bunch of them also find that official real name policies increase harassment, because–like in the Facebook example–accusations are a blunt weapon to beat people with, and real names help the harasser to track their target down.

For Twitter, I’ve said for a while that its only real draws are that…

So, I’ve always said that there’ll never be a way to edit tweets–because that would allow anyone to update embedded tweets to say something like “I love kittens”–and they probably won’t actually block read-access.

They’ve actually been kicking around a lot of dumb ideas. Investors are looking for them to start actually turning a profit, so a lot of those ideas are looking to charge for services like Tweetdeck or toss up paywalls. Most ideas are probably never going to get past brainstorming.