3x34: The Days To Come Will Be Filled

Stuart Langridge and Jono Bacon present Bad Voltage, in which Jeremy is away, there used to be a star and now there isn’t, and we devote the whole show to a discussion of Apple’s recent announcement that your iPhone will now scan some of your photos and report them if they’re child porn. This has created quite a lot of discussion (ZDNet, EFF, Forbes). In particular, the concern from most is that this is the top of a slippery slope. We’ll dig into this a bit; when the former CSO of Facebook is writing New York Times editorials there’s a discussion to be had, at least, and when seventh-graders now think that Apple is looking at their photos, the message has got a bit out of control, especially as it may relate to Apple’s relationship with governments, especially the Chinese government. Let’s see what all this is about, and whether we’re merely one more screeching minority for asking questions. 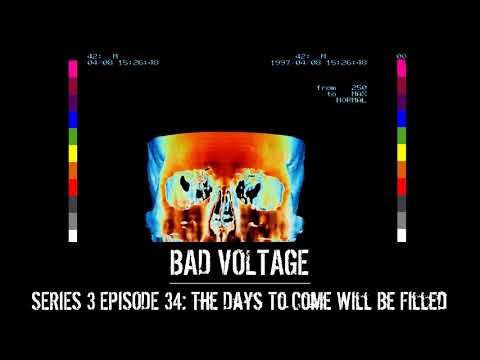 When Stuart says that the Chinese government forces companies to do things, that’s the context in which it’s accurate: The companies don’t want to lose access to a huge market. If they were willing to lose access, then they could happily walk away from the deal. But one article about “Apple leaves Chinese market over privacy fight” would tank their stock price. By contrast, protecting the privacy of a criminal in the United States isn’t going to hurt their profit.

The same is true across Hollywood, where we’re constantly told that progressive views need to be kept out of movies and television, so that it can be sold in China (or someplace similar), and that market is important, because selling things there will liberalize the market and make people’s lives better…even though all the liberalizing material was taken out.

There’s a distinction I felt was missing in the episode. There’s a difference between saying a new technology shouldn’t be invented vs saying I personally don’t want to buy a device that does that technology and/or a device I already “own” shouldn’t do it. There’s an aspect of user agency that’s being lost here. It is certainly possible that the restriction to personal privacy here may be worth it to society as a whole but the conversation didn’t make clear what those bounds are.

It felt like Jono’s position could have been equally applied to any privacy measure whatsoever. Clearly if it’s all based on trust in Apple the eventual conclusion would be to allow Apple to just listen in on the microphone/camera permanently. I don’t think this needs to boil down to a matter of trust, it’s a question of whether the invasion of privacy is worth the tradeoff.