Stuart Langridge, Jono Bacon, and Jeremy Garcia present Bad Voltage, in which God is not our co-pilot. Instead, Github Copilot is. What’s the deal with this thing?

Copilot is “an AI pair programmer that helps you write better code”, according to Github themselves. “GitHub Copilot draws context from the code you’re working on, suggesting whole lines or entire functions.” Is this useful? Is it good? Is it good for open source?

Matthew Garrett wrote a thing about Copilot which is worth reading, especially if your basic feeling is that it takes our open source code against the licence and that’s bad.

And what about the bigger picture? Github – well, Microsoft – are one of the biggest players in the world; is this what they should be doing? And if it isn’t… what is? 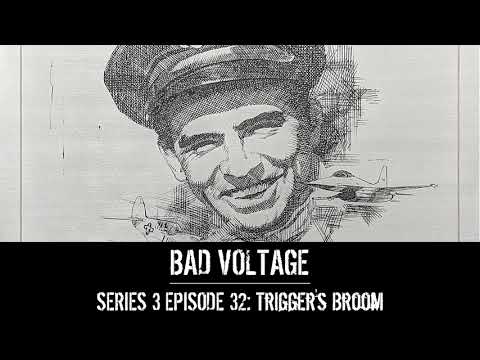 My problem with the licensing issue is that it’s an attempt to “launder” GPL code. When I release a project under the GPL, it is specifically so that a company doesn’t exploit my free labor. Copilot also seems to encourage the “the GPL is toxic” misinformation that already won’t go away. And it violates the license in such a way that it puts developers in a position where we need to either loudly endorse strong copyright protection or…silently endorse someone else’s strong copyright protection. And I feel like Microsoft tipped its hand by not including their own code: It’s OK to “synthesize based on” (create derivative works from) the rabble’s code, but you will not accidentally end up with a verbatim snippet from Azure.

What I’d like to see it do instead, similar to the auto-documentation idea, is to do what a real pair programmer might do: Warn people when they’re probably about to make a mistake. I have to imagine that, with all the data in GitHub, it wouldn’t be hard to “learn” cases where checking in that code is almost always followed by another commit that fixes a bug in that code. It should also be able to offer simplified code.

Instead, as much as the marketing says that they didn’t write a search engine, it’s pretty obvious that the produced a search engine that “shingles” away the identifying characteristics.

I’m still on the wait-list and will still give it a try, but would never trust it as-is for anything that isn’t going to be released under the GPL for primarily entertainment purposes…