Stuart Langridge, Jono Bacon, and Jeremy Garcia present Bad Voltage, in which pies are not permitted to be stored in the checked baggage. In this show:

I would like to respond to the idea of an Elementary app store. I’ve always been a big fan of open source but unfortunately I think @jono is correct in saying few people in the Linux community will pay for software if they don’t need to.

What may work here would be if you go to the app store and developers can set a minimum fee, you can pay this or optionally more, click a button and it’s installed.

Alternatively you go to github download the package and manually install it for free. This keeps the requirement that it’s open source but encourages purchases because people don’t have to deal with managing dependences and either package managers or compiling code themselves. The convenience alone should encourage lots of users to pay rather than learn how to fix technical issues.

In my experience most Linux users expect software to be free and while there are some high-end packages that are not free and some people need custom software written and so prepared to pay a developer, this is the exception rather than the rule.

few people in the Linux community will pay for software

most Linux users expect software to be free

I think this is half the reason that the elementary team don’t see what they’re doing as “Linux”, exactly to get away from that mindset…

I think this is half the reason that the elementary team don’t see what they’re doing as “Linux”, exactly to get away from that mindset…

When they stop trying to make their OS look like macOS, I’ll get on board.

Nope, some tags are still not closing (using the MP3 feed http://www.badvoltage.org/feed/mp3/). Most clients seem to tolerate it. Unfortunately the QML Text element doesn’t. 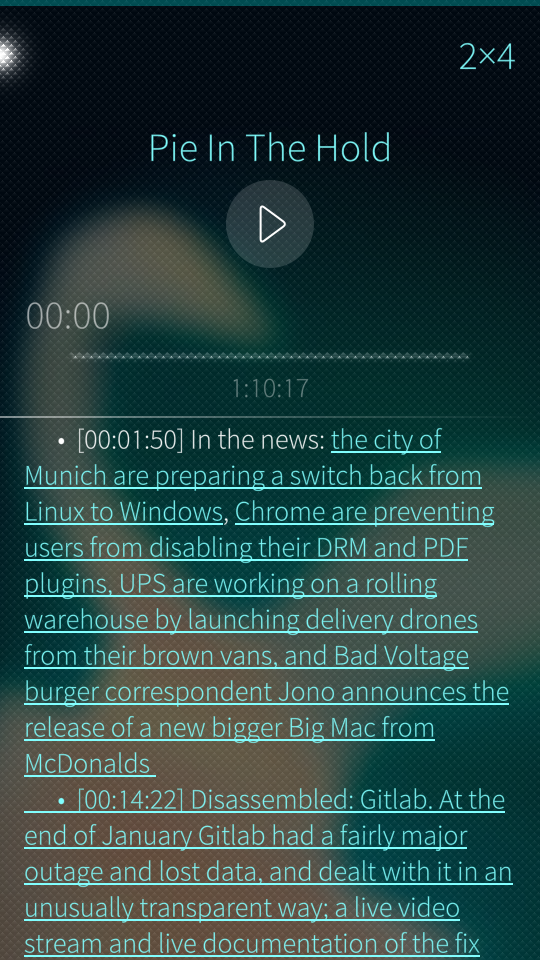 Nope, some tags are still not closing (using the MP3 feed http://www.badvoltage.org/feed/mp3/). Most clients seem to tolerate it. Unfortunately the QML Text element doesn’t.

You are correct; my apologies. Now fixed.

Elementary Appstore will fail, like all other Linux appstores failed. Even Nokia tried and failed. Github integration is a good idea (and one would hope they will add BitBucket soon), but the fact of the matters remain: someone who went to the lengths of installing a Linux desktop just to escape a commercial ecosystem, will simply not value commercial propositions beyond the occasional tip jar.

What I’d rather have is a way to pay OSS developers to add a feature I want. Say there is an email app I like, but it’s missing support for GPG; I pledge £20 for that, and when the developer delivers a working build with that feature, the money goes to his account. Make the process streamlined, possibly even with an incentive to componentize software (I can install the build with GMail support for £5, the one with GMail and IMAP for £10, and the one with them and Exchange for £20). That would have the side-benefit of emerging features people actually want, which could drastically cut down on typical OSS flamewars and bikeshedding. (note: of course developing a feature is more expensive than £20; the point is that multiple people would pledge, hopefully reaching more realistic numbers in aggregate). Don’t make me go to a bugtracker or even to github - give me a consistent interface (right-click on the app -> Ask for feature / View requested features, then have a simple and consistent interface to pledge).

This is not easy, but IMHO it would be a game-changer in a way that yet another (empty and lonely) tip-jar will never be.

Guest-presenters: yeah sure. It’s actually more entertaining than traditional interviews, as long as you stay close to the tech sector (I’ll be honest with you, I really did not care for the film segment).

someone who went to the lengths of installing a Linux desktop just to escape a commercial ecosystem, will simply not value commercial propositions beyond the occasional tip jar

The contention from people doing this is that people aren’t escaping a commercial ecosystem, they’re escaping a proprietary ecosystem. That is: people don’t come to Linux because it’s free of charge, but because it’s Free Software, or for some other reason. Now, there’s evidence that this is true – people don’t seem to have a problem paying for Steam games or Humble Bundles on Linux, so payment isn’t in itself a no-no – but there’s also plenty of evidence that it’s false and people using Linux just won’t pay for things in general, which would be a jolly sad state of affairs if the case but could well be the case.

I have a theory (based on my own behaviour) which is that Linux desktop users are the types of people who spend 59min writing a shell script to save an hour’s work. IOW they’re not averse to a bit of poking around and inconvenience if they get there in the end. In fact some of us relish the challenge of rolling our own solution rather than paying for it.

Specific example: I occasionally deal with a lot of PDFs. Most Linux software for working with (annotating, editing etc) PDFs sucks. But over the years I’ve accumulated a list of various free/Free utilities - some of which run under WINE - that do the right thing at various points of the workflow.

Would it have been more convenient to just run a Windows VM with a copy of Adobe Acrobat? Definitely. But it would have cost more, and I didn’t do it. I don’t even have a really rational reason why I didn’t pay the money; the above is pretty much just my best guess.

So yeah, I wonder if there’s something inherent in Linux users that makes it hard for us to pay for software. I’m not even sure it’s down to stinginess. And yes, I’m aware Elementary don’t think of themselves as “desktop Linux” at least partly for this reason.

Is It Worth the Time?

Don't forget the time you spend finding the chart to look up what you save. And the time spent reading this reminder about the time spent. And the time trying to figure out if either of those actually make sense. Remember, every second counts toward your life total, including these right now.

'Automating' comes from the roots 'auto-' meaning 'self-', and 'mating', meaning 'screwing'.

[00:14:22] Disassembled: Gitlab. At the end of January Gitlab had a fairly major outage and lost data, and dealt with it in an unusually transparent way; a live video stream and live documentation of the fix investigation and progress, and afterwards a detailed technical post-mortem of what went wrong and why. We dig into the incident and the response.

Interesting update from Gitlab: team-member-1 has been promoted. 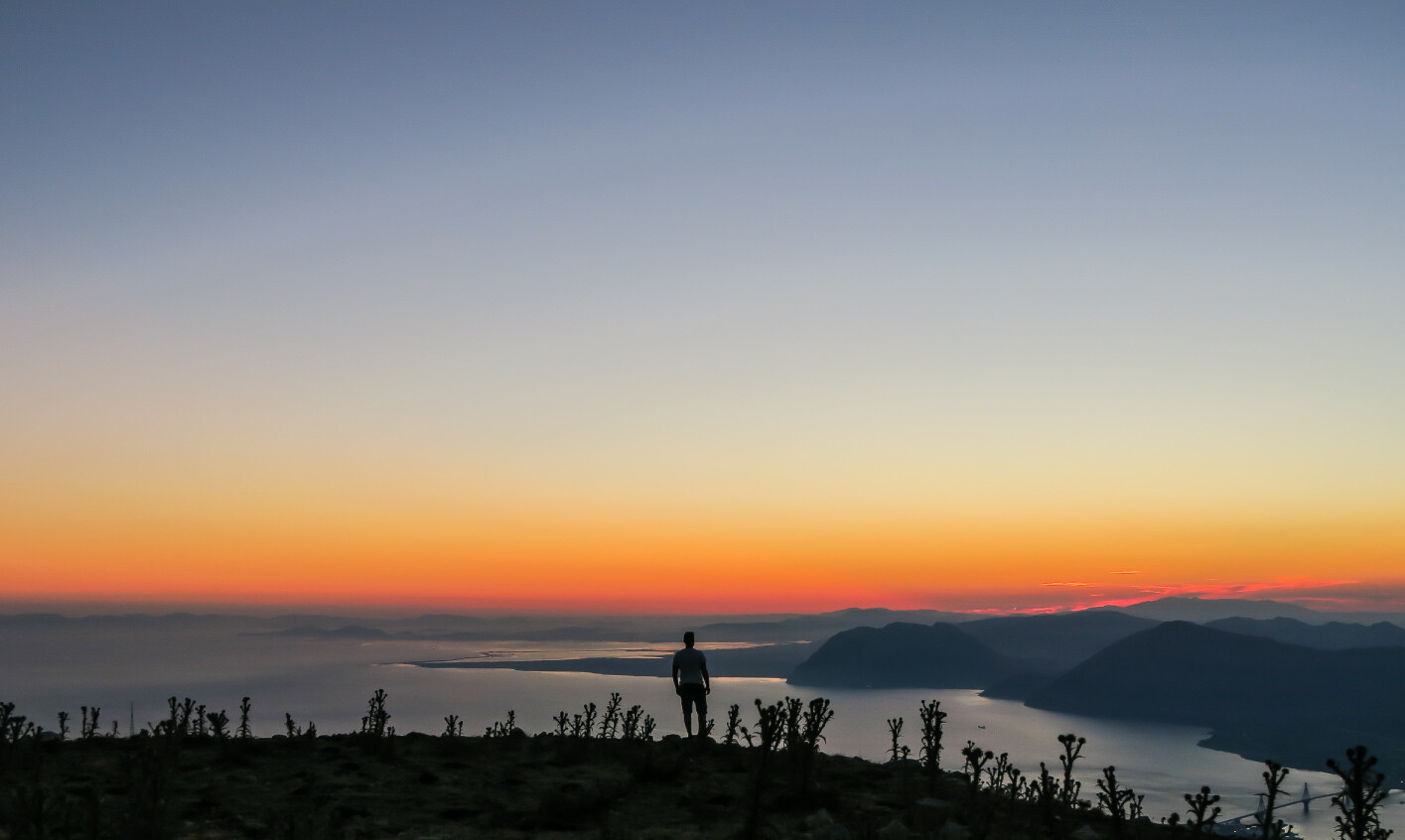 How is team-member-1 doing?

People asked how team-member-1 is doing after the DB incident of Jan 31st - Feb 1st. We're here to tell you that.

Interesting update from Gitlab: team-member-1 has been promoted.

Indeed! And I’m glad that they have actually followed through on what looks to be their really decent internal culture mores here.

(Nagging doubt: it’d be bad PR if they fired them, wouldn’t it? So they’d do this because the PR looks good even if they didn’t want to? Nah, they wouldn’t do that.)

Interesting to note that their publication of team-member-1's performance review revealed (inadvertently?) their identity: https://gitlab.com/yorickpeterse Check his “job title” out

That is comedy gold.