Jeremy Garcia, Bryan Lunduke, Jono Bacon, and Stuart Langridge present Bad Voltage, in which we do no singing despite being begged to. We also find ourselves discussing:

I used Ello for the sum total of 10 minutes for the exact reasons you guys stated. I’m a primarily mobile user, and the website was far too clunky and confusing. The social aspect was a bit lost in the quagmire of “aren’t we awesome” messages, and “we like art!” posts. I recommend avoiding it. I’m spending far more of my time with Google+ than Facebook now, due to the massive amount of adverts being pushed my way on Facebook.

First and for most, Stuart and Bryan must pay. For I now and for ever will have a mental image burned into my skull of setting fire to the most flammable part of a bacon…and pay they will.

Secondly, Boom! That’s how you do a damn podcast. You four are genius, nutty, witty, and mitty. <<? Don’t know just go with it). Your delivery of topics is informational yet so damn enjoyable to listen to. The four of you really work well together bringing together the rational and irrational, like lamb and tuna fish.

First and for most, Stuart and Bryan must pay. For I now and for ever will have a mental image burned into my skull of setting fire to the most flammable part of a bacon…and pay they will.

Secondly, Boom! That’s how you do a damn podcast. You four are genius, nutty, witty, and mitty. <

Thanks so much, @HaxItch, seeing people enjoy the show is always an awesome bolt of motivation.

I kind of agree with the assessment that @bryanlunduke made of Stephen Hawking (smart guy more concerned about self promotion). I did not realize the man is a bigot. I have been trying to find sources to explain this indictment (that his is anti-Semitic), but all that I can find, so far, (other than the parroting that he is anti-Semitic) is that, in 2013 he did not go to a conference in Israel because he supported the Palestinian call for academics to boycott the conference. Which, that seems to be a matter of political view than racial. Is there other information about his views or statements that confirms this indictment?

Which, that seems to be a matter of political view than racial. Is there other information about his views or statements that confirms this indictment?

Alright, @bryanlunduke, let’s see your evidence for Hawking being an anti-semite…

If this is the only evidence then I agree with his actions. Israel can be seen as a terror state many believe Israel’s position in the occupied territories is wrong.

If you are going to condemn Stephen Hawking as anti-Semitic we need to see more evidence.

If you are going to condemn Stephen Hawking as anti-Semitic we need to see more evidence.

I agree. Come on, @bryanlunduke, let’s see it.

Dammit, the moment I made that statement I knew you guys’d jump on it and make me back it up in the discussion.

Ok, fair enough. But not tonight. Tonight I am tired. Talk about something else (like Bacon’s flammable dangly bits) and I’ll hop back in here with why I have my present opinion on Hawking this weekend or something.

[quote=“sil, post:1, topic:9113”]
Desuckling from the corporate teat: are we being held back by waiting for permission we don’t need from corporate sponsors of Linux OSes? (3.34)[/quote]
I’m way not qualified to answer this but I do remember being put-off by some of the decisions some corporate sponsors have made, and how they made it. I can point to a couple of specifics where I felt like the community was ignored but I don’t have the energy to complain about distro x introduxing y, or mothballing z -but in all honesty that’s not really answering the quesion being asked.
The short answer to the question, for me, ‘no’…

Haven’t used it, I was kind of enthusiastic about it when I first learned of it -but Bryan and Stuart seemed to sum up what I’ve been hearing from a lot of the croud that I listen to. I was HUGELY excited about diaspora and signed up the second I heard of it -but I found it a chore to use so I dropped it. Loads of respect for Diaspora, though and I hope they grow and grow.
I’m on G+ and I like it for the same reasons the segment talked about: it has geeky and/or passionate people - the artists and engineers.

My parents were both journalists -the old-school, idealist types.It gave me an interest in journalism and in media in general. I love what the web has done for getting people heard (and for lots of other things) but I think journalism has suffered because of it. I don’t think the web is the only reason for it, but I bet it’s played a large roll. It might be that journalism is just going through growing pains as it tries to deal with the new world -I sure hope so because I’ve become more and more jaded about news stories and outlets.

I can be pretty cynical and critical, and there lots of memes that start to irritate me after a while -and ones that bother me from the get-go. But in general I’m a fan of the phenomenon. Memes, at their best, bring people together -they give us a chance to have a common touch-stone with others. At worse they’re sloppy, unoriginal, stupid, and stupid.

Every now and then I read a book, watch a movie, listen to music, try software, etc. that I think I’ll dislike or disagree with -mostly as a sort-of mental execise but also to make sure I’m not missing something awesome.
I’m mentioning this because I recently picked up a book on the subject of this segment. I was fully prepared to decide that the author was a nut, chicken-little, or just wrong -but I ended up really liking it and now I see the issue a bit differently -I think it’s worth worrying about. The book is called “Our Final Invention: Artificial Intelligence and the End of the Human Era” by James Barrat http://en.wikipedia.org/wiki/Our_Final_Invention .
The book was pretty even-handed, though its central argument is super-intelligent AI is such a potential disaster to humans (as well as other species, and the planet in general) that we need to start thinking about how to approach AI research. He put it more strongly than that, but the book was not an ‘omg, omg, we’re all gonna’ die’ rant against AI’s potential. The author seemed to believe that AI super intelligence was likely to happen at some point (IIRC he said, or some people in the fild said, anywhere from 20 to 300 years). The book was entertaining and interesting - there’s also a lot of geeky history of tech and interviews with some of the big players in the field.

RE: Stephen Hawking; there’s absolutely a feeling with some that it’s the lay-person or public that has crowned Stephen Hawking king of all the geniuses. Having said that I think the guy is amazingly,
off-the-charts smart and, like any good scientist, seems willing to accept new evidence -even when that evidence clashes with, or disproves his ideas. His argument for Hawking radiation alone should give him the status of crazy-awesome brain.

I’d also like to know of any references for the idea that he’s racist or bigoted. I’m positive you didn’t lie about that; but I really hope you were mistaken -it’d suck a lot if it’s true.

Really enjoyed the show -I look forward to more.

Ok, fair enough. But not tonight. Tonight I am tired. Talk about something else (like Bacon’s flammable dangly bits) and I’ll hop back in here with why I have my present opinion on Hawking this weekend or something. 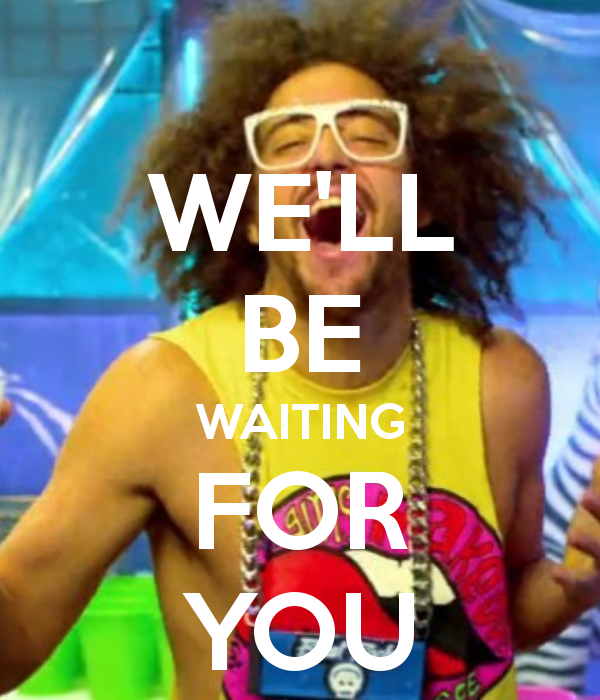 You guys owe my mother an apology. She did the best she could with a salad bowl and a pair of garden secateurs.

We interview Rikki Endsley, journalist and Red Hat community evangelist, about how journalist ethics should work and the challenges facing journalists in the new world order

Something that journalists have faced that I would find frustrating. An example is if there is a story involving a company that would impact it in a negative way. A journalist might be wanting to be all over that story, but is told by superiors that no, no story will be made or that it will be sufficiently watered down because… that company is a sponsor or advertiser. I believe Rikki Endsley hinted at this issue in the interview.

You guys owe my mother an apology

@jonobacon does, not the rest of us.

I think they’re* all horrible bastards myself.

You’re right @sil (and @jeremy). At least my mother can manage her facial hair better than @jonobacon and @bryanlunduke.

artificial intelligence could spell the death of the human race. What’s the deal? Is he right?

This worry always makes me curious. I’m assuming that Stephen Hawking and others have an idea of how computers work and the basic structures and ideals that drives them. This was touched on in the podcast, but I think we are many years away from emulating the brain fully IMO if we ever do at least with our current concept of computers (basically a ton of switches).

There is a number of ways in which computers can outperform humans already, the obvious number of operations per second etc but in my opinion a far more likely threat is not Artificial Intelligence but rather the power of computers in the hands of the wrong people.

I reallly enjoy this show.

But… ehy… maybe the poor Steve is not so wrong. I mean… he is by far the most talented physics theorist of the last 50 years… and probably he is one of the greatest phylosophers of the 21st century (even if he says that phylosophy is dead). So why diss him so badly about AI? @bryanlunduke, not everybody that thinks that Israel is doing something wrong is a bad guy (it seems that you are way too oversensitive on this…).

And… well… that is for sure that AI is the worst enemy we have out there. I am not paranoid, let’s be clear. Biggest cause of a possible human extinction?

I generally find these two articles pretty strong arguments about worrying about the singularity:

tldr: some bad assumptions, not understanding the problem of consciousness, math: mean probably a no to the singularity

Not yet the AI Hawking is talking about but still a brain on a computer: http://gizmodo.com/this-robot-thinks-its-a-tiny-little-worm-1660061236