You obviously have never been to a proper Jewish wedding. Things my wedding had:

OK, you got me. I went to a very expensive Jewish wedding in LA when I had just met Erica. There was a lot of drinking and it was a tonne o’ fun. Also, the chair thing, I wanted a ride in that shizzle.

Amusingly, at some point at the party at this fancy country club (of which Tom Selleck was on the board or something), someone stole a framed picture of Tom Selleck right off the wall. I LOLed so much I nearly cracked in half.

That’s right friends, this was stolen from a fancy country club in LA: 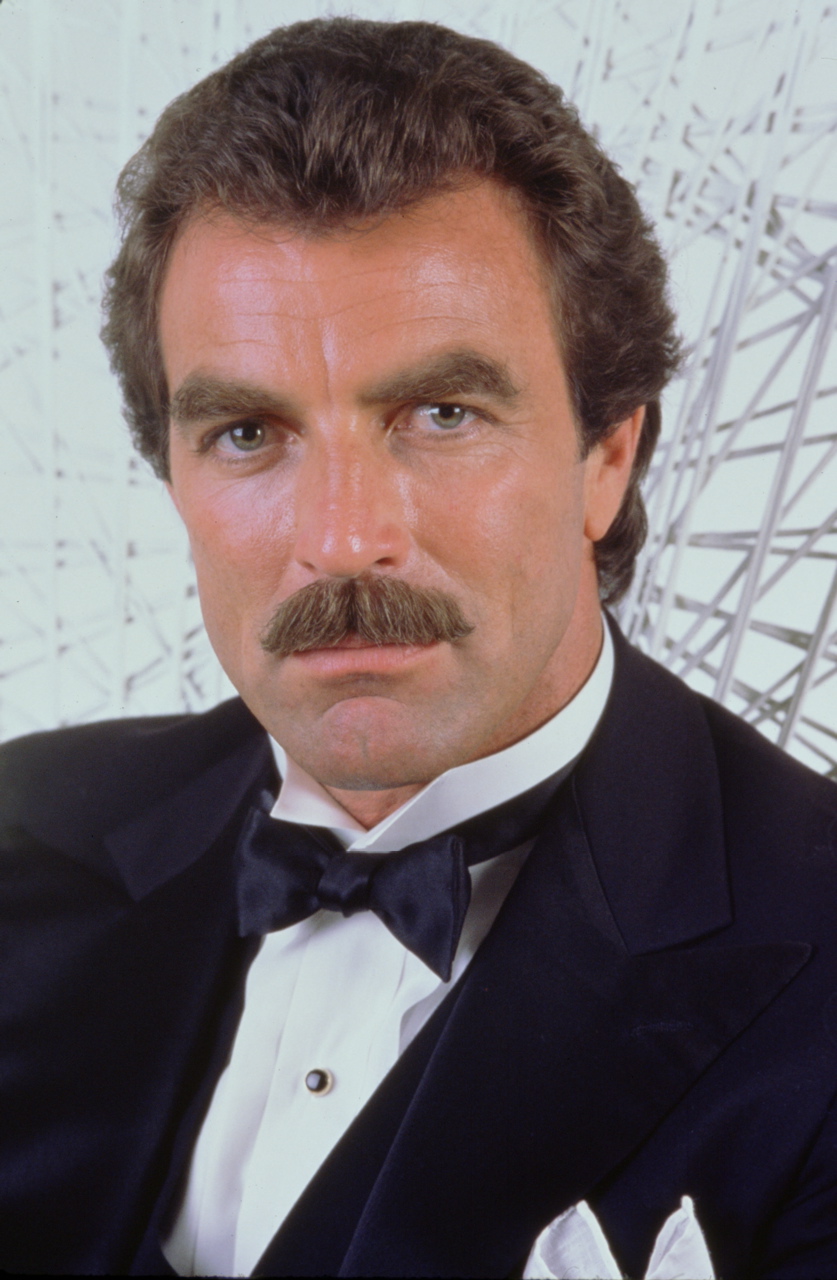 So, a proposal. Which I suspect people will not like, but the discussion around why may be enlightening.

If you perform marriages, you have to perform marriages between any two people who are legally allowed to get married. If you do not, then the wedding ceremony you perform isn’t legally binding, and the couple need to also have a (minimal, quick) marriage in some sort of official register office. This is similar to, for example, when a couple have one big wedding in one country and also have a small private legal rubberstamp ceremony in a second country, or how you can get married on board ship by a ship’s captain which is ostensibly your wedding but you need to actually have a “real” marriage in a register office as well.

Obviously, churches can be accredited as being able to perform actual legal marriages as long as they don’t exclude people who can be legally married – http://www.theguardian.com/society/2014/apr/14/first-church-wedding-gay-couple-uk is an example of that here in the UK. Organisations who only perform homosexual marriages, or only perform heterosexual marriages, can still carry on doing exactly what they do, with the ceremony, and you’ll be married in the eyes of the church, but to be married in the eyes of the law you have a half-hour ceremony in a register office somewhere as well.

This is (AIUI - you’ll need to check with Bruno

) what happens in France.

The big problem with your idea (which is by no means new), is that it is overly simplistic. What is likely to happen is that, at some point, somebody will want to have some sort of ceremony in a place where they told they cannot, and it will end up in front of a court. This is the big problem with current legislation, and your solution doesn’t really change the issue.

Let’s be very clear here - there are organisations out there whose backing of gay marriage is less to do with supporting gay marriage, and more to do with discriminating against religious groups (primarily, but not exclusively Christians). If the government passed legislation like you are proposing, I reckon it would be no more than 12 months before we see a case in court.

Hang on now. There are currently (at least in England) rules about where can be a location to get married. You can get married in a hotel, in a church, in a register office, but you can’t just walk down to the local Burger King and tie the knot. I’m not proposing changing that at all. My suggestion is this: if you are a place which is currently allowed to conduct a marriage ceremony, and you refuse to allow certain types of couples to get married, then you’re no longer allowed to conduct legal marriage ceremonies.

The impression I have is that people who feel that being married in the eyes of the church is the important thing (and oppose gay marriage on those grounds) will be most interested in being married in the eyes of the church, and thus get married in a church; if that church also discriminates against certain types of couples then those two people won’t be legally married, but they don’t care about legal things anyway; they care about the church’s view on marriage. If you care about both, then get married in a church which doesn’t discriminate. If your church does discriminate but you do not and you want to get married in your church, then have a conversation with your priest about why they’re taking the view that they do; maybe you shouldn’t be with that particular church if you disagree on this.

If a couple then says “we want to marry in Place X but Place X won’t let us”, and there’s a Place Y and a Place Z down the road which will let them, then suing Place X is idiotic and they’d get laughed out of court. That’d be like suing McDonald’s for not selling fillet steak.

As for kale, that is one vegetable that will never get married…because no one loves it.

This discrimination against kale attitude is disturbing.

Lightly bruised kale, seasoned good, and thrown in the dehydrator is a very tasty crunchy snack.

If a couple then says “we want to marry in Place X but Place X won’t let us”, and there’s a Place Y and a Place Z down the road which will let them, then suing Place X is idiotic and they’d get laughed out of court.

The thing is, there are ones who want to sue those who don’t support their view. Wedding photographers and caterers have been sued because their conscience won’t allow them to support such a marriage. Even if it is laughed out of court, there are the legal fees and time spent. And, the way courts are these days, they just might win. And it wouldn’t surprise me to find that, in time, the place in which the marriage wants to be held will be successfully sued.

There has been much said about ‘forcing’ views on others. In these cases, where is the force coming from? Frankly, I see a lot of hypocrisy from both sides of the argument.

The thing is, there are ones who want to sue those who don’t support their view

Yeah. There’s a lot of “two wrongs make a right” spitefulness out there, which is depressing. However, “my conscience won’t allow me to support” something is not a defence against discrimination, it really isn’t.

I disagree with this. I firmly believe that any organization should have the right to refuse service.

I have no problem with churches refusing to marry gay people; in the eyes of that church’s religious views, homosexuality is a sin, and thus they will not support it.

My objection is that just because some people don’t support gay marriage that no one can get gay married.

Presumably you’d also have no problem with an organisation refusing to marry Christians?

Absolutely. This is where I believe in the Free Market. If an organization is going to refuse service based on discrimination, then I believe they will suffer the consequences when an alternative provider of those services 2mins down the road will happily take care of the marriage.

Then I basically don’t have a problem with your approach. Personally I think mine’s better because it’s carrot rather than stick – yours has the failure case that unpopular groups will find it hard to get married at all, because everyone’s allowed to exclude them, whereas mine has the failure case that if everyone excludes the unpopular group then no-one at all is allowed to get married until someone decides to be more tolerant – but they’re two sides of a similar approach, I think.

However, “my conscience won’t allow me to support” something is not a defence against discrimination, it really isn’t.

How important is conscience?

I honestly wish I knew. What a comedy genius.

How important is conscience?

In my opinion, less important than others’ right to not be discriminated against on account of something not specific to them alone. Not everyone agrees with me on that, mind.

I could really go for some kale right about never.

So that we are on the same page here, I am concerned about the marriage ceremony itself and all that is involved with it. You mention that a religious organization should have the right to refuse such a ceremony. Really, this would be based on the conscience of that group, would it not? But an individual in such a group would not have the right to refuse services to such a ceremony, say photography or catering? Would not his conscience be trained by the religion that attends? Could that not damage his conscience?

In my opinion, less important than others’ right to not be discriminated against on account of something not specific to them alone. Not everyone agrees with me on that, mind.

And this is where the problem lies. One person’s discrimination is another persons conscience. To me, gay marriage is an ethical right, so some gay marriage is a sin, and both perspectives are based on belief.

No. Jono mentioned that. What I said was that anyone performing marriage ceremonies but refusing to perform them to specific classes of people should not have their ceremonies recognised as legal marriage. The happy couple can still get married however they want to, and have a quick legal ceremony to sort out the legal aspects later.

I beg pardon and patience. I am confused. Stuart, are you saying that, for example, if a religious organization will not perform marriage ceremonies for everyone, then the ones they do perform should be invalid? Like I said, I am confused.

← previous page next page →
Please respect our code of conduct which is simple: don't be a dick.