In this episode of Bad Voltage, Stuart Langridge, Jono Bacon, Jeremy Garcia, and Bryan Lunduke ring in 2014 with their first show of the new year, covering such exciting nuggets as:

I’m so glad that this show is CC, because I am going to have to cut @sil s reaction to WikiWeapons and use it for an appropriate reaction to shit on the internet.

Oh just a small point of detail. You can’t 3d print in metal at home … yet. However, Airbus are 3d printing in Metal.

Well, yeah, but they’re Airbus. They make the world’s largest passenger airliner. Not all that surprising that they have tools a bit more advanced than the stuff in my cellar. The contention from 3d printing advocates is that this stuff will eventually become available to the hoi polloi, but in 1959 they said we’d all be living in underwater cities and that hasn’t happened yet either.

I’m so glad that this show is CC, because I am going to have to cut @sil s reaction to WikiWeapons and use it for an appropriate reaction to shit on the internet.

I think someone is going to need to set up aqchive.org that will track the comedy that comes out of @sil’s mouth.

Interesting discussion regarding distros - upstream and downstream. To a certain extend Linux has inherited the issues that UNIX always had… Software made for Solaris didn’t run on AIX, HP-UX or SCO. The LSB addressed parts of this but the issue continues.

The 3D printer stuff is already pretty disruptive, the fact that you can already print high capacity magazines that are reasonably reliable and durable is pretty awesome.

From what I’ve seen, the 3D printed lowers are not yet durable enough for practical use, but they will be in the future.

We have a 3D printer here at work. It’s an incredibly useful tool. If you’re at all unconvinced by 3D printing with Makerbots and the like take a look at the quality of the printing we can do. 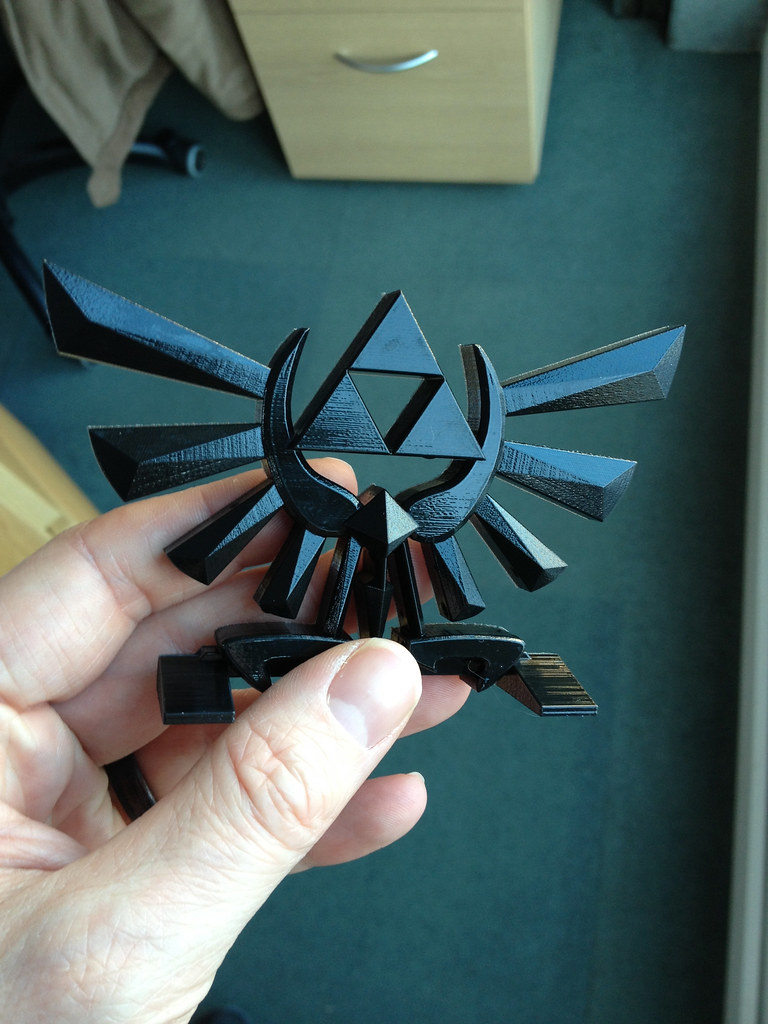 Also good for TARDIS’s and replacement plastic parts so you can buy broken label printers on eBay and use them again. 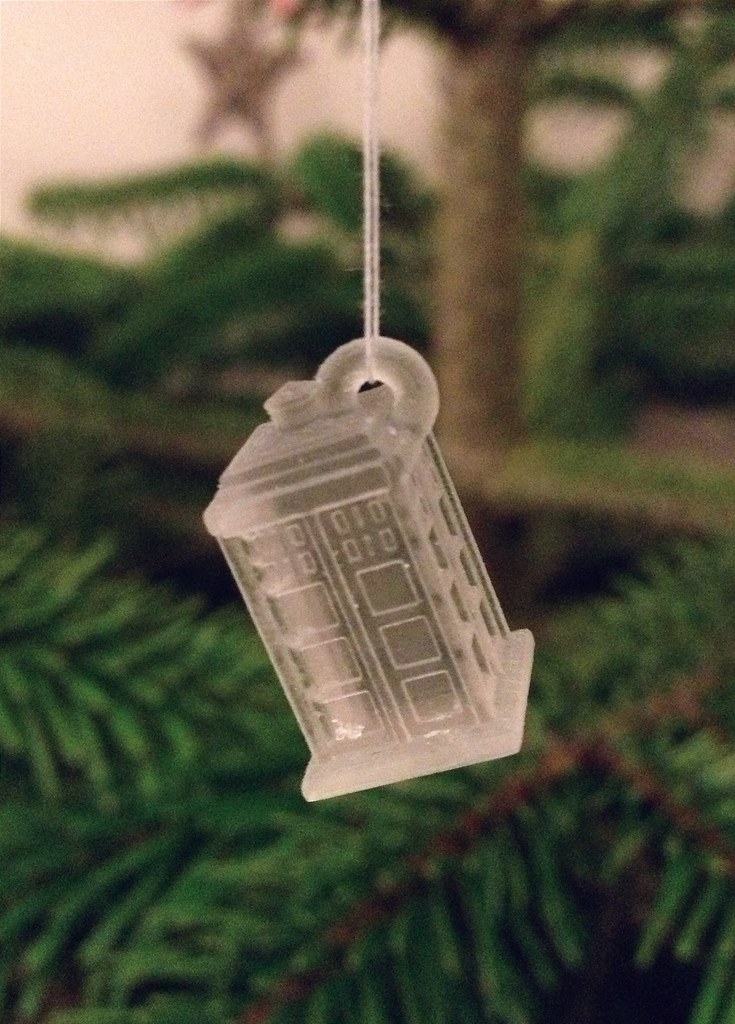 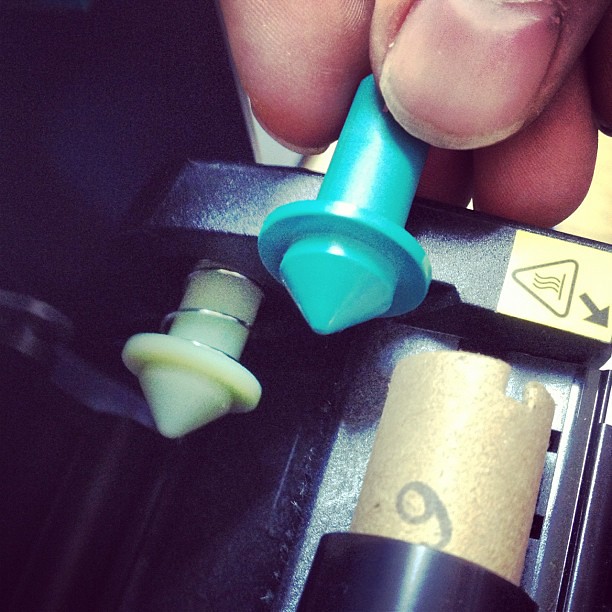 There are some great materials coming and this machine costs over £100k so we’re a little ways off from this quality being in every home. For work, however, it means we can prototype parts/ products very quickly. We used to have to wait weeks for samples only to then have to make more because they’re not quite right.

Ya, but it prints single-material items. Being able to print a gun, even if making plastic guns wasn’t against the law, doesn’t help much until you can print metal bullets and gunpowder, no?

Ya, but it prints single-material items. Being able to print a gun, even if making plastic guns wasn’t against the law, doesn’t help much until you can print metal bullets and gunpowder, no?

Not really…the 3D printed gun thing is about printing the different parts of the firearm…not the bullets and gunpowder. You will pretty much always need to buy the ammo (unless you smelt it yourself), but the idea there is to be able to spit out your own weapons at home, or parts for extensible weapons like the AR-15.

Our machine prints multiple materials and can make things that are combinations of the two so can be flexible and or solid at different points in the same model and all printed at one time. Multiple combined materials are only a matter of time, after all, if NASA are going to adopt this approach to print food in space it’s going to need to be able to use more than one ingredient.

It is massively unclear to me how a machine at home (that is: does not cost a hundred big ones) can ever sensibly print metal things?

Then I’m not sure I see what the worry is. If you need the background check to buy the bullets anyway, then who cares whether you can print a gun in your house, right?

If you need the background check to buy the bullets

Have just had the horrible thought that maybe you need to wait three weeks and a background check to buy a gun, but any five-year-old can walk into Uncle Bob’s Discount Shoot People Store and purchase a box of nines any time they like. But that would be stupid. Tell me that that’s not how it is.

Then I’m not sure I see what the worry is. If you need the background check to buy the bullets anyway, then who cares whether you can print a gun in your house, right?

in the 3D printing world you could print 1000 guns

That’s a reasonable objection, indeed. So the problem with home gun construction is not really that you might be able to make yourself an unlicensed gun; it’s that you might be able to become an unlicensed gun dealer. There is a sort of unspoken assumption here that 3d printing a gun will be easier than making one with a lathe, but I think that that’s a reasonable assumption, assuming also that Thingiverse continues to exist and that @iain_farrell’s theoretical fairy-story 3d printing machines actually appear on the market for a grand rather than a hundred grand

I really take issue with the discussion about 3D printed guns; not because of the topic, etc., but the complete ignorance of the subject you guys showed while doing it.

(1) A 3D printed gun, requiring no more metal than a common nail, has been demonstrated successfully firing. 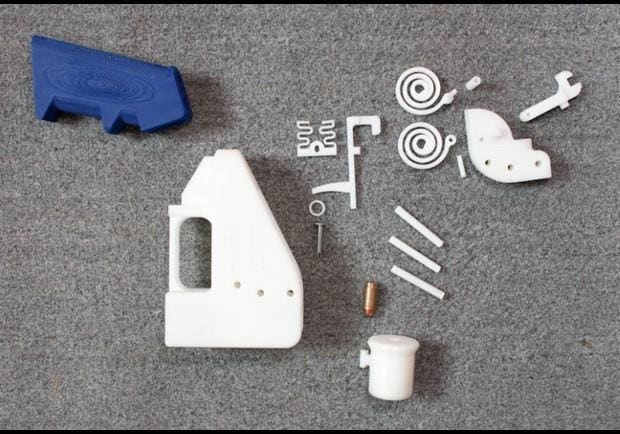 Anatomy Of A Printed Gun

These are the gun's sixteen pieces, including plastic spiral springs used in its hammer mechanism and its one non-printed part, a common hardware store nail used as the firing pin.

(2) As far as ‘assault rifles’ go, the reference standard is the Armalite AR-15, which is a lightly consumerized version of their standard issue military weapon. And for the AR-15, the lower receiver is the part that makes it a gun. Comparing it to a trigger guard would be like describing the CPU of a computer as any part, like a USB cable.
The lower reciever is the part that is serialized, and sale is controlled; you can buy a new barrel, or cartridge anonymously; the lower receiver requires special permission. This is why being able to 3D print said part is significant. Also, NPR discussed this nearly a year ago.
http://www.npr.org/blogs/alltechconsidered/2013/02/06/171154845/using-3-d-printers-to-make-gun-parts-raises-alarms

A 3D printed gun, requiring no more metal than a common nail, has been demonstrated successfully firing.

I don’t think the team were ignorant, I just don’t think we focused on the points you raised as much as you would have liked.

Right. @jeremy’s point there was precisely that such a gun is already unlawful because it can’t be scanned for, unless you assemble it with the hardware-store nail in place at which point it’s just a gun, no different to other guns. As mentioned above in the thread, the issue there is not that you might be able to assemble such a gun (since you can assemble guns yourself now without 3d printers in shop class, pretty much) but that you could easily assemble lots of them and sell them without registering as a weapons dealer, and it’s much harder to catch you out in doing it (because existing weapons dealers in general buy the guns they’re selling, rather than make them).

The point about the lower receiver is well-taken, though: that was me comparing it to a trigger guard, which was 5% hyperbole and 95% me not knowing what it was. I stand corrected and appreciate the correction; thank you. Don’t blame the other three guys, who doubtless know all about this stuff.

1 Like
next page →
Please respect our code of conduct which is simple: don't be a dick.