Helping out (the world)

I hope this is not too general a question. I don’t want it to escalate into a “how can tech fix everything discussion”. I’m a software engineer with around 3 years experience and I’m struck by just how many terrible things are happening in our world right now.

The awful tragedies happening in Syria and Iraq involving ISIS, amongst other terrorist groups.
Alongside this on a completely different spectrum, is the outbreak of Ebola which although it is getting media coverage, there is still thousands of people dying in helpless situations.

I understand that these are simply two of the most media-covered stories right now, but they are the two that I will slant my questions on. The world has other problems, some probably affecting more people, but these two are the ones that have infected my brain the most over the last little while.

What I personally would like to get out of this thread is the following, but feel free to adapt the thread if there are areas you would like to explore on this topic:

What are the best ways that I as a developer can help out?

There are a few obvious answers here. I could help out by donating money to Ebola outreach programs such as doctors without borders, however I’m more interested in subtle but useful (even ever so slightly) ways that a developer can aid in these situations. Often we hear of perhaps running Tor exit nodes out of these countries or perhaps developing tools so that people can communicate with their families on poor or no internet using some sort of mesh networking. I feel this is a created space that needs a lot of expertise.

I would split the suggestions into short-term (or low commitment) and long-term (high commitment) opportunities.

What can I as a citizen do?

Again, monetary donations may be the obvious one. However, often in open source projects we hear that the non-coders can get involved with documentation and reporting bugs etc. I wonder if there isn’t similar opportunities to help out in these situations from people with no tech background or who simply are more able in other areas such as content creation or management.

What can we as a community do?

Possibly should be rephrased as “we as communities”. We live, breed, work and play in a range of different communities. Collectively and as a sum of parts we are often capable of things that as invididuals we are incapable of.

Going back to open source as an example of this, there has been no end of projects which any one corporation would not be able to produce to the same level of consistency and quality as a group of enthusiastic people getting together behind a single goal. The kickstarter community has helped fund many projects which would not have gotten off the ground otherwise.

We should try to knock a little off the mountain that is the worlds problems instead of tackling endless individual molehills.

You could contribute to an open source project that helps our charitable organizations. I think working on the kernal helps the world (unless you make a new init system, then there’s violence apparently.)

@newky, thanks for raising this.

This is precisely the focus of the work I am doing to build an XPRIZE Community. I am working to create a community in which anyone with talent, passion, and time can practically contribute to making the world a better place.

This is my thinking.

I believe we have humanity’s grand challenges in the world (e.g. ocean health, space travel, life sciences, literacy, energy etc) and we also have hundreds of thousands of smart people with a skill (think thousands of Open Source developers): 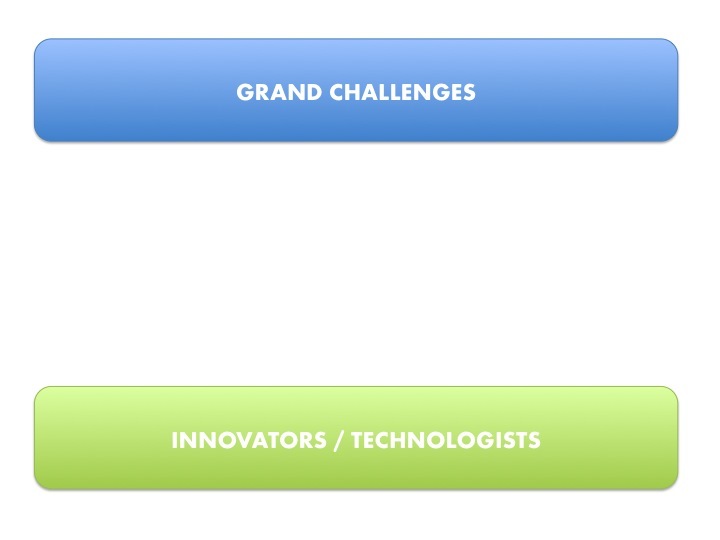 XPRIZE sits in between these two things, and provides a place in which we can translate this big gnarly problems into something we can incentivize people to solve: 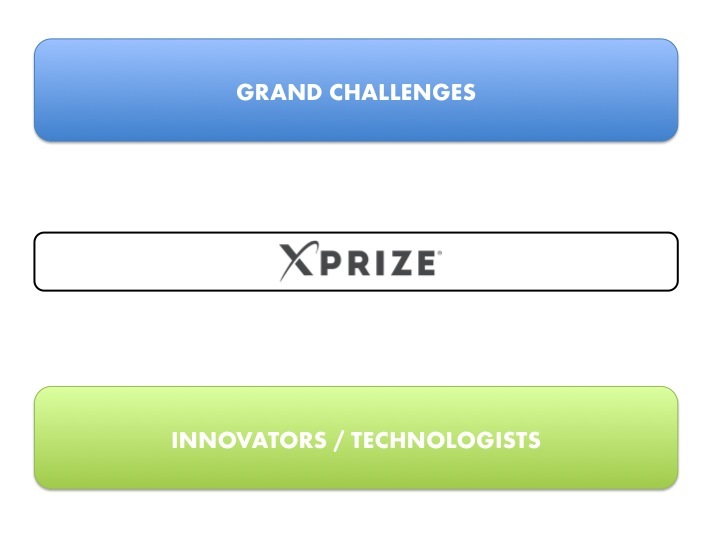 This results in XPRIZEs - huge competitions that pull of a piece of those grand challenges and attracts the kind of people who want to be on an XPRIZE team: 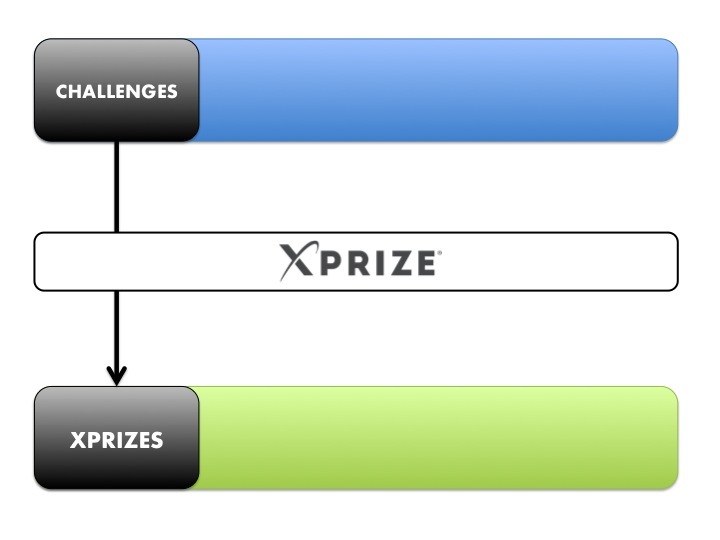 Only some people want to actually join XPRIZE teams though, and only some people can. These XPRIZE competitions are huge chunks of work and last for 3 - 5 years, but have huge payouts (e.g. $15 million).

I believe there are lots of smaller problems that we can pull out of those bigger grand challenges and we can encourage small groups of coders, designers, translators, hardware hackers, and more to solve them…not incentivized by money, but by working on interesting technical challenges that will make the world a better place: 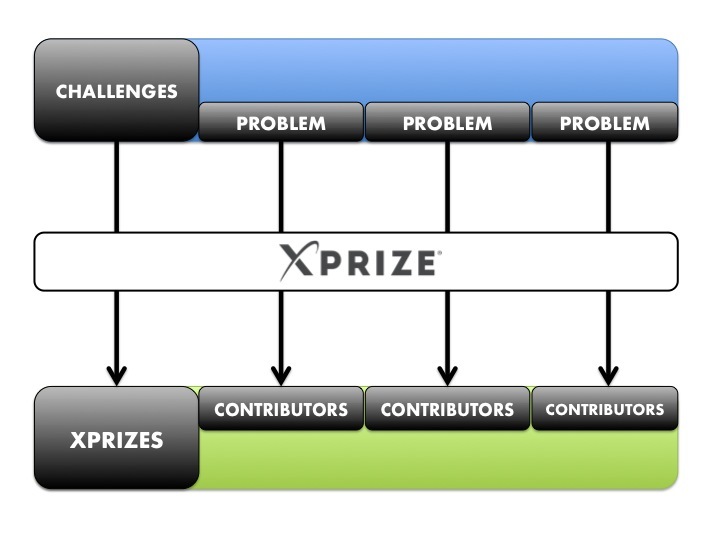 I started building this strategy a few weeks ago, but this is where I want to go. I think there is huge potential here.

You can join the XPRIZE Community as it gets going at http://forum.xprize.org

Thanks @jonobacon, I hadn’t done enough research into what XPRIZE was doing so didn’t think there was any plans to do things on a smaller scale, which is more what I would be interested in. Along with the forum, will there be annoucements in future days around these sort of initiatives?

I will be keeping an eye on the XPRIZE community forum as it looks like the sort of promising place to make an actual difference that I’m talking about.

I think working on the kernal helps the world

Firstly, thanks for your response there is a lot of insightful and useful ideas in there, but (and theres always a but) I disagree a little on these points. Although open source helps the world, and there is no doubt that it does, that all feels a little far from the action. Helping people on stack overflow is the sort of pay it forward act that may well end up helping the world by enabling more people to help technically in these situations but its also odds on that it will enable “Fart sounds v202213^10e12” to be created. I think as a developer helping out in these communities is noble and the right thing to do however I am doubtful it helps the world as a whole.

I guess the sort of things I was looking at was tools and services that Frontline workers or the people themselves in these situations could benefit from. Perhaps someone who is actually active in these countries would be the best person to reach out to for areas that need help.

(The way I percieve the world) If your hands ain’t dirty you are probably just filling paychecks to a bunch of duchebags on the board of directors in the [fill in the name of charity organization]. (emphasize on “probably” as there are notable exceptions)
If you want to help me, consider writing engaging how-to/best practices/patterns/dos’n’donts for any FLOSSy app/lib you care about, as I often (as a programing enthusiast/hobbyist) find myself in the position where I did RTFM but still not sure in which way to aproach the problem.

Firstly, thanks for your response there is a lot of insightful and useful ideas in there, but (and theres always a but) I disagree a little on these points. Although open source helps the world, and there is no doubt that it does, that all feels a little far from the action. Helping people on stack overflow is the sort of pay it forward act that may well end up helping the world by enabling more people to help technically in these situations but its also odds on that it will enable “Fart sounds v202213^10e12” to be created. I think as a developer helping out in these communities is noble and the right thing to do however I am doubtful it helps the world as a whole.

You have to walk before you run. The world is a complicated place, and sometimes the most direct way to help, is with the skills you have, in a realistic, direct setting. Some of the “sexier” projects to help the world engage in some serious wishful thinking. Beware of this.

This is a much different story if you are working with an organization that has lots of money to direct toward charity, but even then…

It is very murky water, unless you can see the direct results of your help.

Along with the forum, will there be annoucements in future days around these sort of initiatives?

I am just firming up a bunch of details of how this is going to work. This is quite a different direction for XPRIZE, so I am doing a bunch of internal awareness to help people get to know these kinds of opportunities that we can open up.

Also, every two weeks I do a live Google Hangout where I discuss this stuff. You can always find the next one at http://www.xprize.org/communityhangout