Jono Bacon, Bryan Lunduke, and Stuart Langridge bring you Bad Voltage, in which there is a sad absence of Jeremy Garcia and we suffer for it, we beg for a new economy, and:

As far as the OnePlus X goes, the problems mentioned sound like known things in 5.1.1 AOSP and are all possible to workaround. The phone looks nice but it isn’t enough to draw me away from my Sony Z3 Compact (which has slightly better specs) running CyanogenMod. Especially since I paid a lot less for the Sony. Good job on them though, if I didn’t have the Z3C I would consider this.

Yeah I bought a z3 compact on ebay the other month, and am now waiting for the glacier that’s in the snail’s path to melt so I can receive it. I’m tempted to bring out the GIMP though and try for that invite.

Also, Kudos to @sil for his… inimitable review style - ‘I like this product and if you don’t you’re a knob and should just die’.

I gotta admit that ABRMS is funnier than WTFPL

Interesting as to old English and the word “Ye”. It was actually spelled with the letter called “thorn”, pronounced “th”, but when printing presses came along, the printers did not have a letter thorn, so they substituted y. There is much more to the history, but that was a very brief, and kind of accurate, summation.

As to there being an economy based on supplication of funds. If it would be suggested that it would become prominent or robust, I would beg to differ.

The Kubuntu Team thinks that patreon is leggit.

However, with ALL fundraisers; it’s not how much you make but like alot of these type of fundraisers - it’s what you spend the money on.

If I found out that this was going on anything other than elecky or hardware - I may well think twice about continuing.

It’s like my thoughts on bountysource/kickstarter and other things like that - once they’ve got the money, who’s to say they won’t - just bail ?

Nice show guys, the amount of silly was very entertaining

I think patreon, indigogo, kickstarter, etc. are amazing. There is a limit where it becomes begging which I do not like, but if people give something back to the supporters (be it a youtube show, game, fisical product or just a laugh) I think it is great. It basically makes it easier for people be inovative, creative in some way which isn’t supported by massive corperations and makes it easy for you to vote with your wallet.

Poor Stuart I think you fell in love with the wrong phone, because it isn’t built to last. That is what I think is the biggest problem with oneplus phones. Tech support is crap, so if your phone breaks you’ll probably have to buy a new one. Also as you mentioned, their team is small. I do not see their software updates last much more than a year, because they do not have the reasources to keep it up. Maybe I’m wrong but that is how I asume it is going to happen. The advantage of course is that the phone is so cheap that replacing it isn’t an issue, but still. I think the design is okay, but not that exceptional. Yeah the back looks nice… For a few months because scratches. Maybe I am a bit harsh on the phone because I do not trust oneplus 100%, but I think that there is a company which outclasses the industrial design of the oneplus x. Fairphone, with their fairphone 2, not because it is pretty, but because it has a screen that can be replaced toolless. I really like the fact that the phone itself has a protective case built into it and that (As far as the forum seems to know) it will be relatively easy to root, without losing warranty and possibly an option in the future to install alternatives to android. their intensions are to make it last for 5 years which I don’t think they’ll reach, but you already have a warranty for 2 with good tech support.

I hope Apple wins. Not because I like Apple, but simply because I think the DOJ is part of an evil system which aims to abuse our fear to gain power.

I think that there is a company which outclasses the industrial design of the oneplus x. Fairphone, with their fairphone 2, not because it is pretty, but because it has a screen that can be replaced toolless.

That might be a reason why someone else might buy a phone. Not me. Or at least it’s a reason entirely unconnected to prettiness. If I can have a thing which is pretty and replaceable, great. Replaceable instead of pretty, I’m not interested in, and to a lesser extent I don’t understand why anybody is. Some days I think that the whole open source community don’t like attractive things, and indeed distrust prettiness, because of Stockholm syndrome.

Great show, guys! The segment on online fundraising was awesome!

Just a clarification as to “Ye”. When referring to “you” it was pronounced with a “y”. As to what the letter “thorn” looks like here is it in the book of knowledge: https://en.wikipedia.org/wiki/Thorn_(letter)

Thanks to @prawn for recommending The History of English podcast. Very good, that one. In it, there is a reference to “Our Magnificent Bastard Tongue” by John McWhorter, of which I am listening to the audiobook now. I find it quite good. Even if he, being a linguist, is saying how wrong all other linguists are concerning “do”, which he calls “the meaningless do”.

@sil, don’t take this the wrong way, but I find it hard to think of a phone as “pretty”. But, beauty is in the eye of the beholder, isn’t it? I work with a guy that thinks iPhones are “gorgeous”. I think of them as high school electronics projects with rounded corners and a very stupid button on the bottom. I am glad you enjoy your phone. I hope it provides much satisfaction for you.

I was looking at the OnePlus X a couple of days ago and I thought it seemed like a decent enough phone. Then I had somewhat of a minor revelation… I realised that despite the fact that we have incredible feats of hardware and software engineering in our pockets, I really struggle to get excited about phones these days… They all seem to be pretty much the same generic black rectangle. Whether you buy from Apple, Samsung, Motorola, OnePlus, Huawei, or WileyFox they all look much of a much (don’t believe me… Here - granted it’s from a few years back, but it illustrates my point)!

At present I have a Nokia Windows Phone (yep I’m one of the 5 people who still use Windows Phone) which is due for an upgrade soon (which is why I was looking at the OnePlus, along with various other phones as well). After a while I got bored of looking because every single phone was the same. Whether it was the OnePlus X, the Nexus 5X, the Samsung Galaxy S6, the Sony Z5 or the Motorola Moto G… Aside from a few curved corners and the odd button they’re all pretty much the same.

The way you choose a phone seems to comes down to:

I suppose it’s all a bit like the PC market a few years ago (I suppose it’s still true today) where you could choose a generic grey box from Dell, or a generic grey box from HP, or a white box from Apple, or something that lights up like a Christmas tree from Alienware and so on. Regardless of your budget you can still get your hands on a dependable generic box, and that’s true of smartphones today.

Another great show guys… But we need Jeremy back… We need more facts so @sil and the OP-X can have some privacy.

By the way, if you have something to hide, I wouldn’t use Apple iCloud IMAP services:

no encryption in your inbox == DOD happy?

It seems The Verge is a bit less enthralled with the OnePlus X than @sil. I have no strong opinions, one way or the other, being one of those philistines sporting a Samsung Galaxy. It’s an S4, though, so I got that going for me. 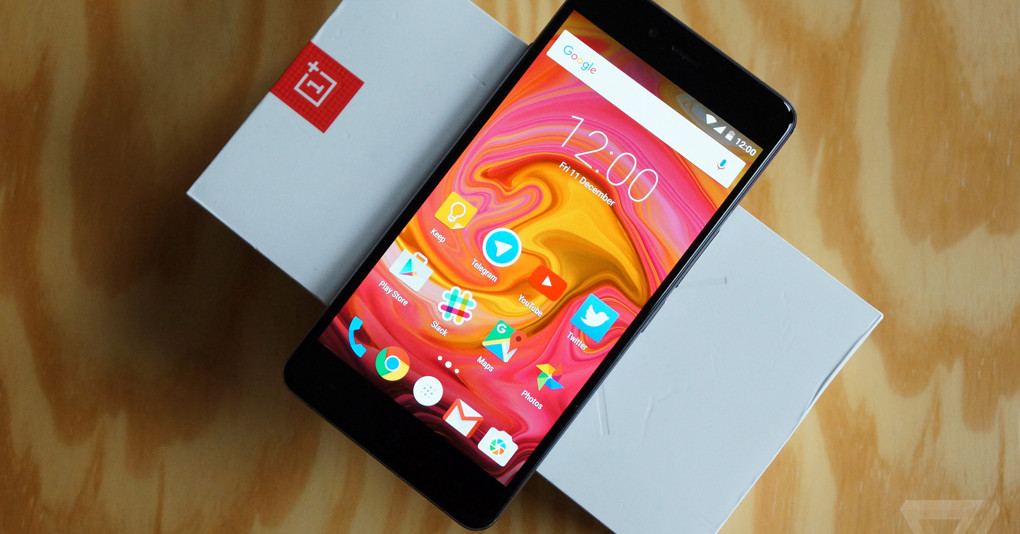 A cute phone that cuts a few too many corners

Guess who’s just started listening to The History of English podcast thanks to your mention. Sounds odd that it comes with a non-English [UK] accent

but glad you mentioned it. I am now starting from episode 1 & downloading the rest. Cheers.

It seems The Verge is a bit less enthralled

Indeed. I personally don’t care about most of their criticisms (it doesn’t work in America? Who cares?) and they acknowledge most of the things I like, so that’s fine by me.

Stuart. If you chose to enter into another long term relationship. May I suggest you employ different selection criteria to your future spouse than you do to your cellular phones?