Jeremy Garcia, Jono Bacon, Bryan Lunduke (he returns!), and Stuart Langridge present Bad Voltage, in which all books are signed from now on, we reveal that we are coming to Europe in September and you can come to the live show, and:

Also, we're going to take questions. Send us a question you want to ask the team to [email protected]; it might be about something we've discussed on this show, or about anything else you want, and we'll choose the best question and answer it in each show!

See details of Bad Voltage Live, in Fulda, Germany on September 30th 2015, at badvoltage.org/live, and get your tickets to see the show!

I liked @jonobacon’s idea about injecting a product solution to sourceforge & project management.
… gotta get that community dimension in there.

00:01:39 In the last show, Bad Voltage fixed Mozilla, or at least proposed what we think they might want to do to fix themselves. We asked Mozilla PR for comment or a statement, and they declined. This leads into a discussion about Mozilla’s internal culture, and how their relationships with the community have changed

A little more from me on this one: http://jeremy.linuxquestions.org/2015/06/12/my-frustration-with-mozilla/

What would happen if some of the older core members of the Mozilla project were to fork, much like the Libre Office team, and focus on the original objectives? That would be assuming the source code is available, wouldn’t it?

An interesting point was brought up by one of my buds over at Red Hat. Firefox, itself, was actually a bit of a skunkworks, backroom, spare-time project at Mozilla back when the Netscape Communicator suite was king. Just mentioning it here as I think it’s worth us remembering as we think about Mozilla’s past, present and future. The truly amazing things to come out of Mozilla have a history of being not “official” Mozilla projects.

An interesting point was brought up by one of my buds over at Red Hat. Firefox, itself, was actually a bit of a skunkworks, backroom, spare-time project at Mozilla back when the Netscape Communicator suite was king. Just mentioning it here as I think it’s worth us remembering as we think about Mozilla’s past, present and future. The truly amazing things to come out of Mozilla have a history of being not “official” Mozilla projects.

That isn’t unique to Mozilla…that happens in loads of organizations. Heck, Gmail was spawned out of a project someone at Google wrote to search email on Linux faster…

Oh, I know. I’m just starting to wonder how much my feelings of “I wish Mozilla returned to the good old days of freedom and openness and awesomeness” is really just viewing them through rose colored (and slightly hallucinogenic) glasses.

I was just thinking, really, all their cool projects? And then it occurred to me to think about Mozilla projects which are all of cool, not discontinued, and have some measure of market acceptance… and I could only think of Firefox itself.

Together JS and Webmaker are cool but haven’t picked up much usage; Lightning and Thunderbird are not supported (am sure someone will point out that they’re community supported here, but that isn’t the same); Firefox OS is not cool (although it potentially could be). Perhaps Firefox Hello? I haven’t used it; I’m a talky.io guy. I should try it. Any other suggestions for things I’ve missed?

Right. Freedom is OK still (I’m speaking of software freedom here, not any other kind); openness seems to have dropped quite a lot, and that’s what we discussed on the show. Awesomeness… I see what you mean about the rose glasses. I wonder if this is a percentage thing? Ten years ago they only did one thing, Firefox browser, and it was awesome, so 100% of their projects were awesome. Now, they do ten things, and let’s say three of them are awesome … that means that even if the browser is just as awesome as it always was, they’ve still dropped in awesomeness by 70% just because they do more stuff now?

Huh! I need to ponder on that a bit. Good thoughts.

Man. I really hope Mozilla is paying attention to all of this. The more I think on it, the more I think they need to do some serious introspection and house-cleaning.

Having now read @jeremy’s monograph properly, one sentence really stands out to me.

“With both revenue and market share declining, does Mozilla still have the clout it needs to direct the evolution of the web in a direction that is open and transparent?”

Last year I wrote a thing about Mozilla and DRM (http://www.kryogenix.org/days/2014/05/15/mozilla-add-html5-drm-sadly-but-inevitably/) with a similar thought embedded: “They have a voice at the table, but it’s not loud enough to move the industry when the industry want something else.”

This must be unusual for Mozilla. I mean… you used to have Internet Explorer and Mozilla, and IE was all about lock in and lock down and suppressing the web. So anybody who believed in any kind of openness on the web – anybody even an inch to the left of Microsoft – was by definition a Mozilla supporter, at least in theory. But now you’ve got other browsers which have staked out positions more towards openness than the far edge – Safari, MS Edge, Opera, Chrome, Chromium – and one can locate one’s own preferred position on the “openness at all costs” scale somewhere in between IE and Firefox, and land on some other browser. Chrome seems to occupy the open-enough sweet spot for people, and suddenly Mozilla find that not only have they lost market share, but when they push for openness they can’t influence the industry any more; “open enough” is good enough. And all that assumes that they still want to push for openness as much as they used to.

It must be hard to realise that the world changed under you.

A job opening at Mozilla as “tech evangelist” has just miraculously appeared: 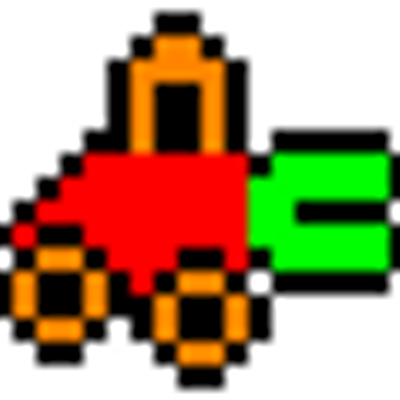 We're looking for a tech evangelist in my team @mozilla. If you want to work with me, apply here: careers.mozilla.org/en-US/position… 😀

I’d be a bit far fetched to link this to your podcast but it means that someone at Mozilla is aware of the current shortcomings.

As far as SourceForge goes. I really think it needs to die and hopefully have something new emerge. I like Jono’s idea…but maybe expand on it. We need 4 main items…by the way I am not a developer and may just be blowing smoke.

Huh. That’s a really interesting set of ideas. Github but with launchpad’s build recipes and Patreon built in (and the service would take a penny from every Patreon pound pledged or something, as payment). I like this plan a lot.

Regarding Mozilla, I feel bad about the answer they provided to Bryan. On a lighter note, Thunderbird 38 was just released and actually includes a few interesting new things: https://blog.mozilla.org/thunderbird/2015/06/thunderbird-38-released/ (yeah yeah I know everyone but me uses gmail.com nowadays…).

Regarding Mozilla’s openness, it’s unfortunately became a big entity, and as @jeremy mentioned the PR team is probably coming from huge companies rather than being early Firefox fanboys. That said, it’s important to remember that Mozilla is not a company but a non-profit organization, which means their goal is not to make money, but to use all the money they have to push the Web forwards. However, they still need to make revenue to pay their employees, which leads to the weird moves you have been discussing over the last two shows.

As far as SourceForge goes. I really think it needs to die and hopefully have something new emerge. I like Jono’s idea…but maybe expand on it. We need 4 main items…by the way I am not a developer and may just be blowing smoke. …

Excellent idea Tim, like @sil I think this is really interesting

A single place which

I’d definitely be in favour of that.

I don’t think this new thing should host code itself; github is fine for that. It ties together services and provides guidance; it’s a layer on top of github, perhaps. Of course, sourceforge may want to continue being code hosts, and there’s no reason it couldn’t do both; host code or provide services on top of code hosted elsewhere. This is after all one of the points of distributed source control! But having a build service, like opensuse’s OBS or launchpad’s build recipes, to provide automatically built downloadable bundles from source code, would be very cool, and helping people operate a release cadence and manage a community would be the goals here.

One can imagine ticking entries on the list of services which you want to enable for your project (“we see that your project is an Ubuntu QML app; would you like to enable automatic builds and uploads to the Store?”), and when you’ve ticked a few it says “ok, you’ve now ticked enough services that you have to enable the ‘ask for money’ service”, and if you don’t want money then you can give 100% of donations to Bourceforge.)

I hope Sourceforge is listening, because there have been loads of good ideas going around.

I think an other important factor for Sourceforge to be successful again is too make it easy for the casual non-tech users to find and download the program they want. Right now, I personally always get rather annoyed if somehow I need to get something through Sourceforge because in general I find the site rather chaotic. That is something personal, but it could use some extra work to get it organized.

One possible way to help organizing is to make a clear selection between trusted safe programs of known developers and between someones home brew half finished piece of code. Maybe get a bit of an app store like idea going around it, but yet also keeping it available to access the small shady projects. I am not sure if this would help, but it might get the user side of things to trust it again.