Jeremy Garcia, Jono Bacon, and Stuart Langridge present Bad Voltage (without Bryan Lunduke who is currently struggling with an attack of Ebola), in which everything needs to be an order of magnitude better. Featuring flying bags of flammable liquid, 120 frames per second, and:

This topic is now a banner. It will appear at the top of every page until it is dismissed by the user.

This topic is no longer a banner. It will no longer appear at the top of every page.

I think the drone thing may be a long time down the road… but as far as instantaneous consumerism have you seen “Amazon Prime Now” . It’s only little items, but Amazon is already on the one hour delivery wagon.

I had not seen that! Not that I’m prepared to pay $7.99 for one-hour delivery, and I’ll bet that it’s not in the UK yet, but perhaps @jonobacon can use it for emergency tonic water deliveries…

The drone thing is a long way down the road, if we a talking about general use in the outside world and going out of site of the person controlling it. But, I can see it being used in more controlled environment such as moving components around a factory for example.

The main problems being legal, health and safety, etc. The technical issues are much easier to fix than the legislative ones

As for instantaneous consumerism and “Amazon Prime Now” I hope we are not going going to get anything like that in the UK any time soon.

I also think @sil was correct in saying that if the car did not exist today and somebody were to try and introduce a fully formed modern car tomorrow it would be decades before they would be legal.

Finally “Top Gear Live” is being re-branded as “Clarkson, Hammond and May Live” and all references to the BBC are being removed.

@jonobacon “Top Gear is a car show”, since when? It’s three idiots messing about, they just happen to use cars while doing it. I think Top Gear is dead, if the BBC try to keep it going it will not work. I suspect Clarkson, Hammond and May will simply rename it and move to another channel.

So this is ranty, and only tangential, but this seems like the best place to leave it…

I really feel the term ‘drone’ has gotten overused. Insanely so. Although the subjects in today’s show were, properly, drones (that is, and automonous, pilotless (regarless of pilot location), go-somewhere-and-do-something flying machine, a.k.a a UAV ), most of what the media describes as ‘drones’ are, properly, remote controlled helicopters.

That being said, I don’t think we’ll ever get the media in general to go back to calling r/c toys that, and instead will continue to call them all ‘drones’. So, in order to distinguish an r/c helicopter/quadcopter/plane from a true autonomous flying machine, we should universally refer to the latter as weaponized drones. 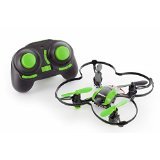 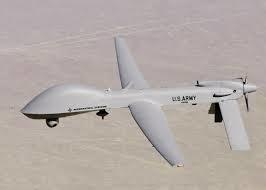 DHL is already using drones in Germany to deliver prescription drugs to pharmacies on north sea islands. As far as I know, it’s a limited pilot project (currently on hold because of weather) with semi-autonomous flight over uninhabitated areas only: http://www.dhl.de/paketkopter

Hey, that’s pretty cool; I didn’t know people were already doing this. Plays into our contention that this stuff is best used ny people doing point-to-point deliveries between known endpoints. (Whether the flying items are drones or helicopters, and that clarification is appeciated!)

It’s a pilot project with all kinds of restrictions. I don’t believe it is economically viable, but more like a pet project for DHL together with Aachen RWTH University. It is semi-autonomous which means that there’s a crew to step in and rescue the drone if it crashes. The quadrocopter-drone is quite huge with its 1,2 kilo payload and every single flight needs an OK from the aviation administration office for the 12 klicks of distance. Between September 2014 and mid of December 2014 they managed 40 trips.
What’s a bit worrying apart from the assumed operational costs of this well-funded pilot project is the hiatus during the winter month due to bad weather. An UAV would probably perform better in these conditions.

I don’t agree that TG is dead. As May said, it’s been morphed several times. Personally, I’d like to see something slightly more factual (whilst still retaining the humour). For those who say it can’t be done, I introduce Chris Harris https://www.youtube.com/watch?v=_jvHqB4ZxbU

Rumours that Jodie Kidd is on the list as a lead role excite me, that’d really shake things up; she’s a pretty handy driver.

Don’t get me wrong, the current (now former) format of TG cannot be emulated; to try would be a train wreck. But, I really think a ground up update could work.

Now @sil should love this idea. How about a gas powered drone, equipped with a pizza oven, delivering a piping hot pizza that is done just as it is delivered!

Seriously, my thoughts of drones made me think of the danger of someone hacking into such a system. I would think that the security issues would be of great concern.

Yeah, “drone” is a lousy umbrella term and it’s not even etymologically correct, describing a male honey bee.
A correct terminology of UAVs is already complicated and you cannot go into these details in newspaper articles. Official (military) classification includes MAV, OAV, RPV, TUAV, UCAV, URAV, VTOL UAV, VTUAV and FSAT. Fortunately, most of us not living in a war zone or right next to an AFB won’t ever see many these in action. FSATs are pretty cool, though: 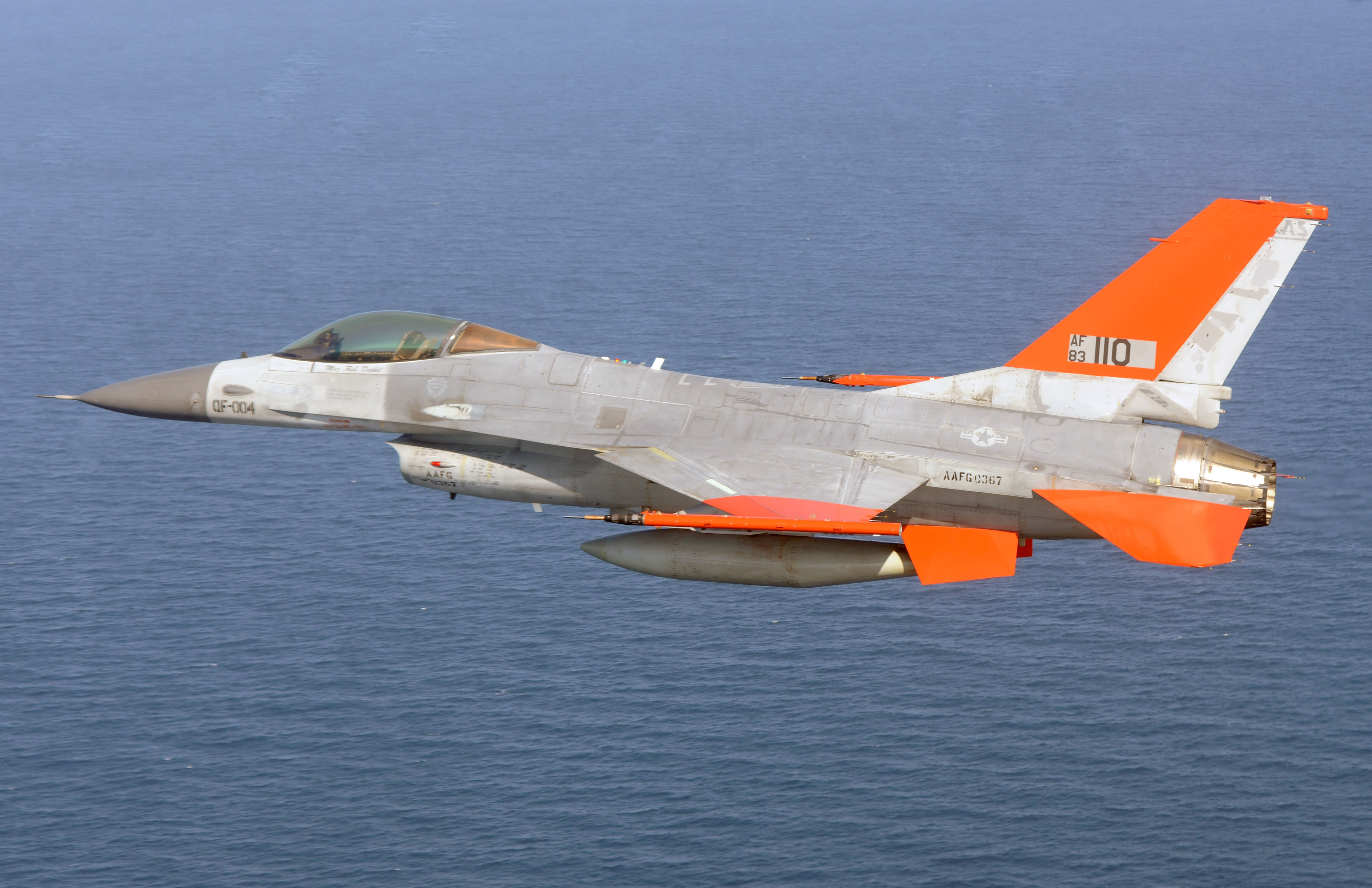 a pilot project with all kinds of restrictions

I fear you may have given me too much credit, here; I was amused that someone building an autonomous drone that should work without any human pilot would name their initial tests… a pilot programme.

Nonetheless, this is fascinating stuff. While I did pour scorn on the end goal in the show, @jonobacon alluded to an important point: there is a period during the evolution of everything that works where it didn’t work. Using drones for this sort of delivery, even if it’s not economically viable, is good for the advancement of technology (even if not for DHL specifically).

As a (former) pilot, drones in uncontrolled airspace scare the crap out of me.

Why not have a driverless van deliver stuff? Surely that is far more scalable, efficient, and safe? More reliable than Yodel too…

Why not have a driverless van deliver stuff? Surely that is far more scalable, efficient, and safe? More reliable than Yodel too…

The thing about flying drones is that they are massive if you need to transport more than a kilo or two. You need a huge clear area if you want anything delivered which basically means people with gardens. And you need an Operating System that hooks into both a central flight plan database and a collision avoidance and detection algorithm that will avoid all general aviation. Oh, and autonomous to the point it can’t be hijacked. It is a mess from day one.

The nice thing about a van is that the infrastructure exists. My perfect world would have pods like UltraPRT but that is firmly in the realm of fantasy

I’m not sure the infrastrcture exists for autonomous delivery cars? I mean, fine, I don’t have a drone landing pad or space for one, but I don’t have a driveway either. A “central flight plan database” sounds useful, but since there’s no “central people drive to places database”, I have to assume that cars don’t need one, which surely means that drones don’t either?

Think of it like this: Assuming you give the drones certain conditions like “follow the quadrantal rule”, " obey rule 5 for populated areas", “negative ghost rider the pattern is full” and such, you need a system to file flight plans so that you can judge capacity. If the main route is full, you want a recommendation to use alternatives, or to find out temporary flight restrictions etc.

The problem is, it would rely in being at reporting points at exact times… Which because these drones are fairly slow and windows aloft vary a lot, means the drone probably won’t meet any reporting point at the timeslot allocated.

I’m half tempted to make a simulator to describe what I mean… I’ve never coded graphics before though!